Walk facing an Airflow from a Wind Tunnel! 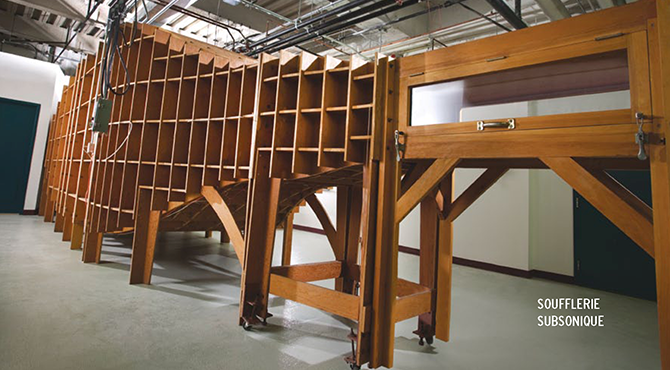 Walking is one of the most important and most automated human movements. Contrary to what one might think, walking is a very complex cyclic mechanism which allows the study to develop new technologies in the fields of medicine and robotics for example. Walking in line with a laminar headwind disrupts human locomotion; that is the problematic being studied in this research project with a wind tunnel. 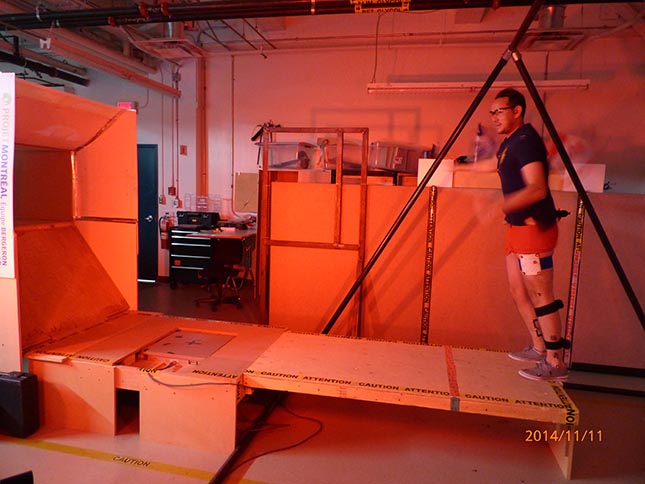 View of the built platform and the AMTI torque force platform

We wished to understand how do react the lower limb joints when you get a more or less significant headwind during walking and what are the impacts on the articular powers in the lower limbs. The purpose of this project is to design a walking corridor suitable for a wind tunnel in order to achieve walking tests with a front laminar wind. 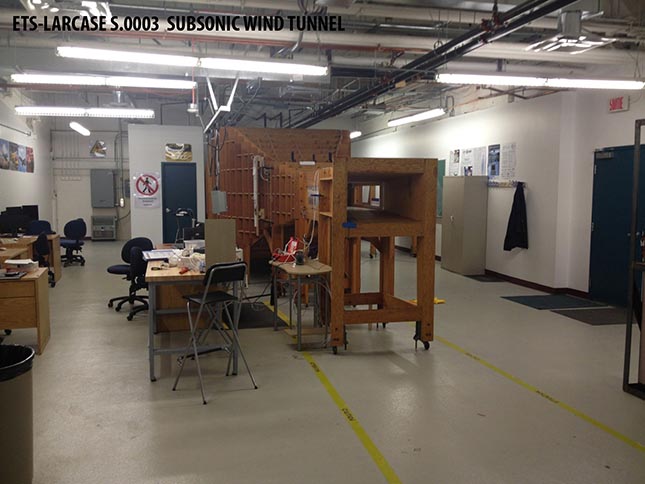 The idea is to have someone walk on a straight line in this corridor quite naturally and disturb his movement with a laminar  headwind created by the wind tunnel. The tests were conducted with wind speeds from 5 m/s (18 km/h) to 22m/s (79 km/h). 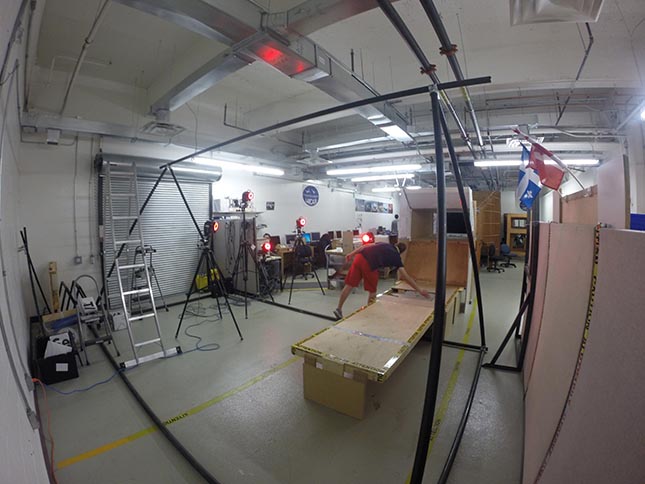 We have designed a walking corridor containing a torque force platform (AMTI), to measure moments and ground reaction forces during walking. In addition to the torque force platform, a 3D optoelectronic motion capture system (VICON) was used in order to measure the person’s kinematics while walking. We then estimate the required muscle’s forces and moments developed in the ankle, knee and hip using inverse dynamics method and a formalism based on quaternions. 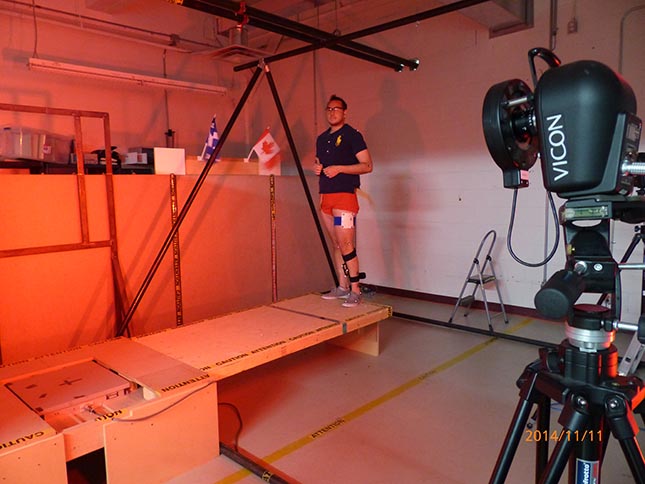 View of the walking corridor, a component of the Vicon 3D optoelectronic motion capture system and the AMTI torque force platform

before the wind tunnel output window.