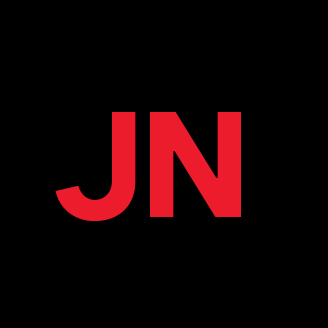 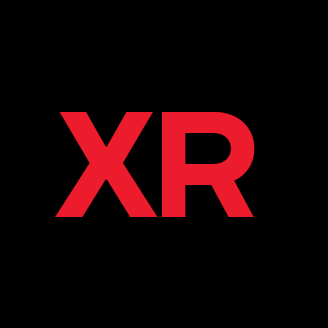 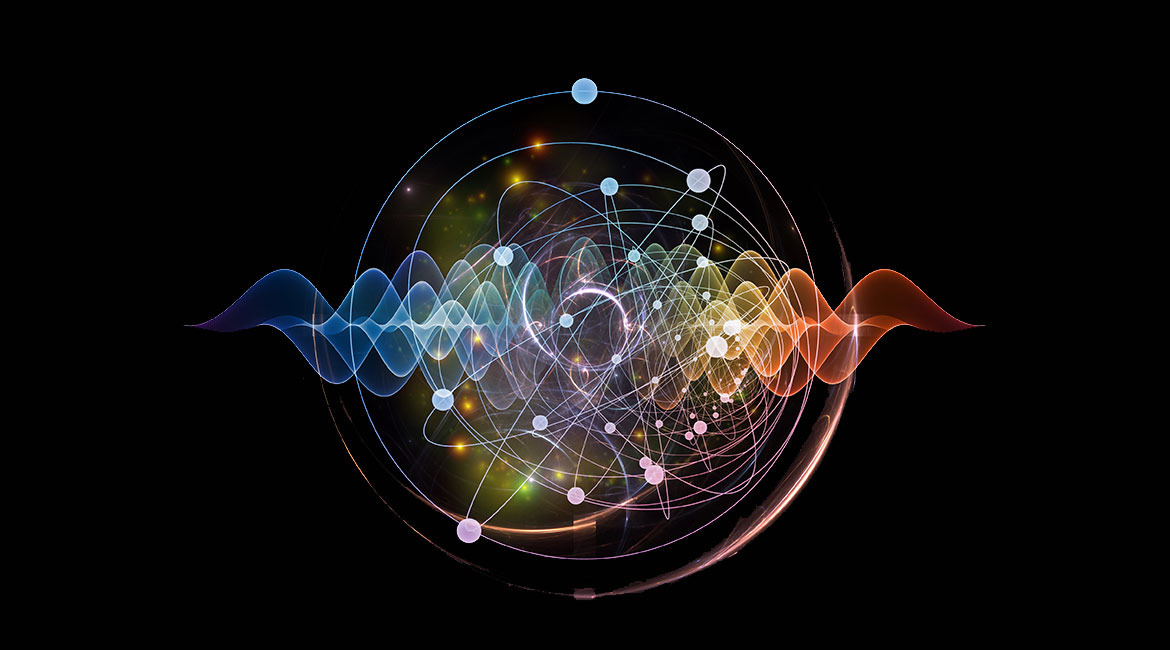 In the late 2000s, the emergence of intense terahertz pulse sources led to new application fields geared mainly to fundamental science. Therefore, more efficient and feasible sources are needed to actually fuel the research on THz. In our laboratory, we developed an intense, bright THz source with the highest THz generation efficiency ever achieved in its class. Using a simple industrial laser system, the THz source developed at ÉTS contributes to the democratization of this field. It paves the way for many possibilities, from intense light-matter interaction to multispectral THz imaging. Keywords: Photonics, Laser, Terahertz radiation, Ultrafast science

Terahertz (THz) light is characterized by electromagnetic waves with frequencies ranging between microwaves and infrared (IR) waves. Electrical and magnetic field oscillations associated with THz radiation have frequencies ranging between 0.1 THz and 10 THz, or wavelengths between 3 mm and 30 µm. The appearance of femtosecond pulsed lasers in the late 1980s contributed to the development of THz pulsed sources characterized by a single oscillation of the electrical field. These THz pulses have many advantages: they cover a large frequency bandwidth and their short duration—of the order of one picosecond, or 10–12 seconds—allows the study of ultrafast physical phenomena.  Efficiently generated, these THz waves have very high intensities, because all the energy is distributed over a very short time span. This is attracting the attention of the scientific community aiming to dynamically modify the state of matter [1], for example, in developing future ultrafast computer memories [2]. However, such THz sources are generally found in large research centres with complex laser infrastructures. At ÉTS, we designed a highly efficient THz source that combines very high intensity and average power [3]. Above all, it requires a pulsed laser originally designed for industrial applications and is therefore reliable and relatively inexpensive.

The Key Aspects of an Innovative Source

The remarkable performance of our source is based on a combination of four key elements (Figure 1):

– An efficient emission of THz waves by optical rectification: where two IR photons (light particles) of slightly different frequencies are made to interact in a crystal. The difference in frequency between the two photons corresponds to the frequency of the THz photon emitted. To improve the efficiency of this generation process, the laser pulses are tuned in phases within the crystal using a staircase-shaped mirror made of micrometric steps, which was relatively easy to integrate into our optical system.

– An innovative optical system to perfectly collect and concentrate THz radiation on the various measurement sensors.

– A unique method to detect THz radiation by shaping an ultrafast probe (see Figure 2) [4]. Like a stroboscope, the information is broken down into several segments to measure the time evolution of the THz wave electrical field. This method offers a sub-picosecond (10–12 seconds) time resolution, which is about 1000 times faster than a standard oscilloscope.

Figure 1: Schematic of the experimental setup used to generate and detect THz light. 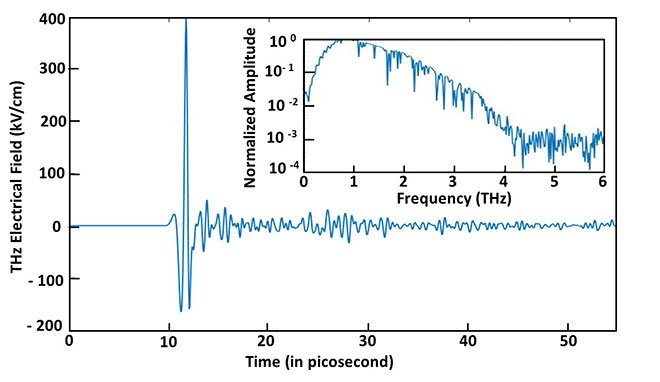 Figure 2: Time evolution of the THz pulse electrical field generated including an insert on its normalized frequency spectrum.

What Differentiates Our Source from Others?

Our THz source has a record conversion efficiency (IR energy to THz energy) of 1.3% at room temperature. Thanks to the key aspects mentioned above, this source combines a high average power (74 mW) and an intense pulsed electrical field of 400 kV/cm, making it a source with very high luminosity. Its wide range of emitted frequencies corresponds to one of the most coveted and most difficult to access for scientists: the range between 0.1 THz to 3 THz (Figure 2). In order to appreciate its performance, the chart below (Figure 3) compares characteristics of the most efficient sources developed to date, based on the same method of generation. The unparalleled efficiency of our source makes it a highly competitive alternative to other THz sources, which generally require complex laser installations. 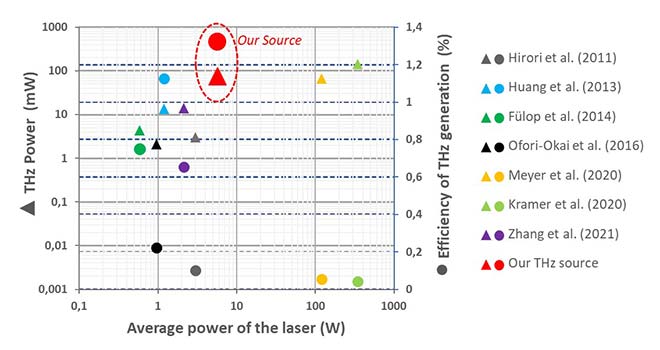 Figure 3: The most rema rkable performances of pulsed THz sources in recent years, based on a method of generation like ours.

In summary, the remarkable characteristics of our THz light source make it one of the most powerful pulse sources in the world. It could even soon be possible to increase its intensity and brightness by using more powerful and higher energy lasers. Its high intensity facilitates access to the strong interactions between THz light and matter, while its brightness favours more sensitive detections of studied phenomena. A valuable scientific tool, our device opens up new opportunities for applications, such as electron emissions and accelerations, the development of ultrafast devices, and high-resolution nonlinear THz imaging.

For more information on this research, please refer to the following papers:

Léo Guiramand is a PhD student in the Terahertz research group of the Electrical Engineering Department at ÉTS.

Joel Edouard Nkeck is a PhD student in the Terahertz research group of the ÉTS Electrical Engineering Department.

Xavier Ropagnol is a researcher in the Department of Electrical Engineering at ÉTS specialized in terahertz optics. 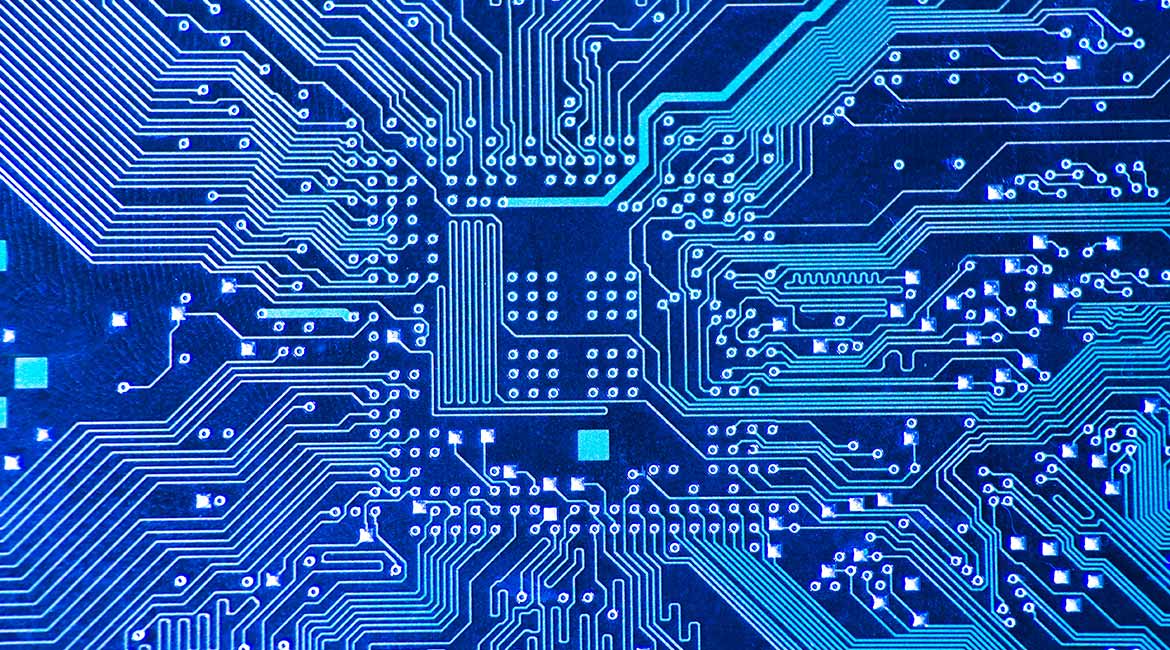 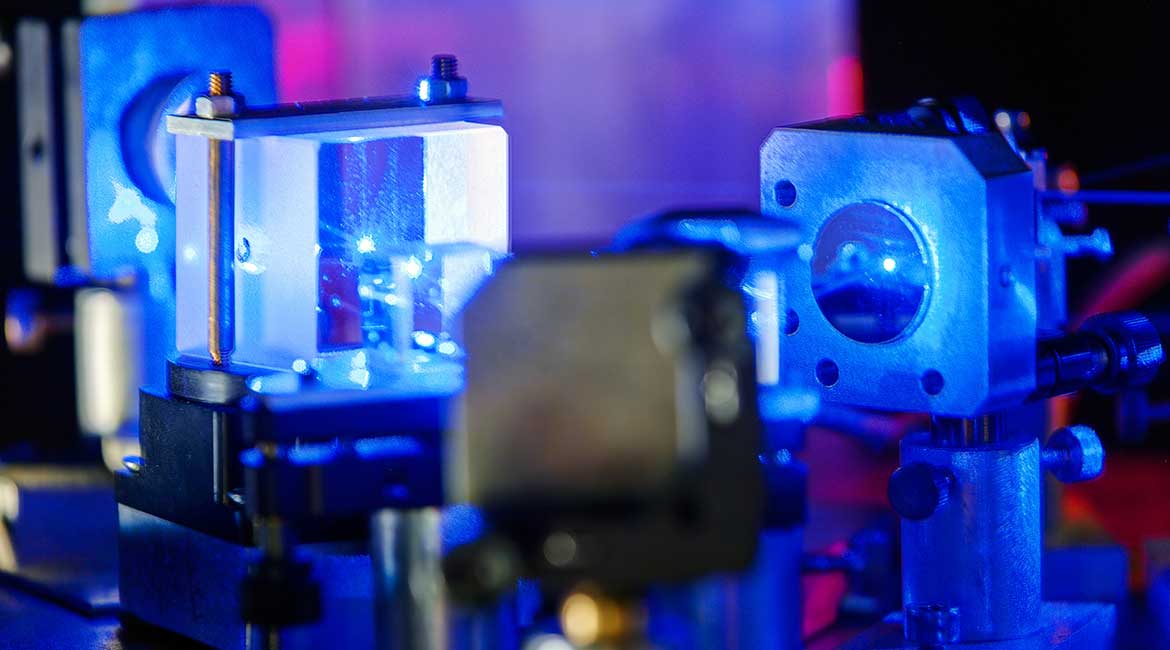