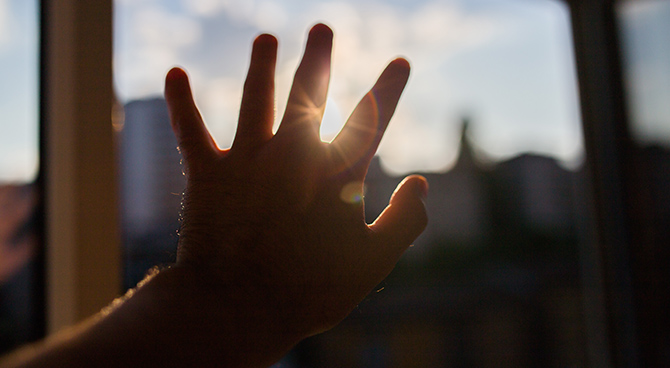 Artificial skin that can reproduce the sense of touch was first created in 2015 by researchers from the Bao Research Group at Stanford University. Its distinctive properties are its elasticity and its capacity for self-regeneration. Many researchers are now trying to optimize the characteristics of this new generation of electronic skin. Engineers at the University of Glasgow’s School of Engineering worked on the aspect of self-sufficiency and succeeded in designing an e-skin that generates its own energy.

The main objective of the team was to design a prosthesis with approximately the same weight as the natural limb to optimize its proprioception. Eliminating the battery that operates the e-skin helped lighten the prosthesis and make it more self-contained. The new skin uses 20 nanowatts per square centimeter and is able to generate more energy than it needs. That being said, it is not yet possible to store the surplus energy. Engineers are now looking for ways to take advantage of this excess energy. For Ravinder Dahiya, Professor of nanoelectronics who led the research, the ideal would be to power the prosthesis motor with this energy to make the whole limb self-sufficient. His study entitled ” Energy Autonomous, Flexible, and Transparent Tactile Skin ” was published in the Advanced Functional Materials, March 22, 2017. It was co-written by Carlos García Núñez, William Taube Navaraj, Emre O. Polat and Dahiya.

Design and Production of the E-skin

In order to bring e-skin sensitivity closer to that of a human hand, multiple sensors must be developed and integrated on nonplanar and highly flexible surfaces. With such properties, e-skin could act as a second skin in wearable technologies, and could even lead to the detection of chronic diseases such as diabetes. The team claims that the tactile sensory properties of their e-skin are the most effective. Their technical constraint was in designing a transparent skin that not only allows the incorporation of the solar energy collecting device as well as electro-thermochromic systems. Could an artificial skin capable of changing color and temperature also in this way become a communication interface between emotions and states of the body?

With the new generation of flexible and ultra-thin photovoltaic cells, based on commercial amorphous silicon, the team was able to create a skin comprising a multi-layered structure. The tactile sensor is made of interdigitated capacitive electrodes (IDC) and a layer of graphene placed on a 125 μm thick PVC substrate, connected to the Ti/Au contacts (10 nm/100 nm) deposited on the electrode edges. This epidermis was made with graphene because of its electrical conductivity and also its mechanical properties. Indeed, it also has rigidity (≈1000 GPa) and tensile strength (≈100 GPa). In other studies, researchers demonstrated that high quality graphene can be synthesized and deposited over large areas, and in this case flexible substrates that can cover 400 cm2 thanks to a simple and very inexpensive manufacturing process. A layer of graphene is first transferred to the PVC by a hot rolling process. Then, the metal contacts are deposited on the edges of the graphene layer (using the electron beam evaporation technique and a special mask). The last step is to shape the graphene on the interdigitated electrodes with the aid of a computer-controlled plotter blade.

Mechanical and electronic properties of graphene

Since this almost transparent screened pattern allows light to pass through, the photovoltaic cells can be placed underneath. Also note that the optical properties of graphene let through 98% of the light, making it ideal for collecting and generating solar energy.

To prove the effectiveness of their e-skin, the team integrated it into the intermediate and proximal phalanges of a state-of-the-art bionic hand. Using real-time pressure mapping, they were able to demonstrate the performance of the bionic hand grabbing a softball.