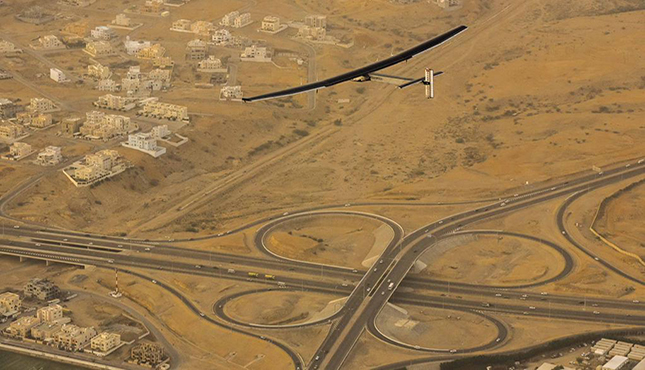 The solar plane “Solar Impulse 2” began its expedition around the world, a “crazy bet” that André Borschberg and Bertrand Piccard are addressing. The first two flights were successfully performed, smashing at the same time, a world record for the longest flight done with a a solar plane. This world tour began March 9, 2015 and will end late July – early August 2015. We will follow for you and with you on Substance ETS, this extraordinary odyssey these sky adventurers will try to achieve at the risk of their lives.

In the previous article, we described the characteristics of the Solar Impulse 2 aircraft, the human challenge of that mission, the chosen route and the importance of this flight to promote green energy. We will provide you with regular news on this odyssey undertaken by these pilots, while sharing a few uncovered secrets on this mission and this unique aircraft. Admittedly, the Solar Impulse 2 is a great technological achievement!

A new detailed map of the route taken by the Solar Impulse 2 describing the planned flight, their estimated distances and flight times and the number of nights the pilots will have to sleep on the plane. 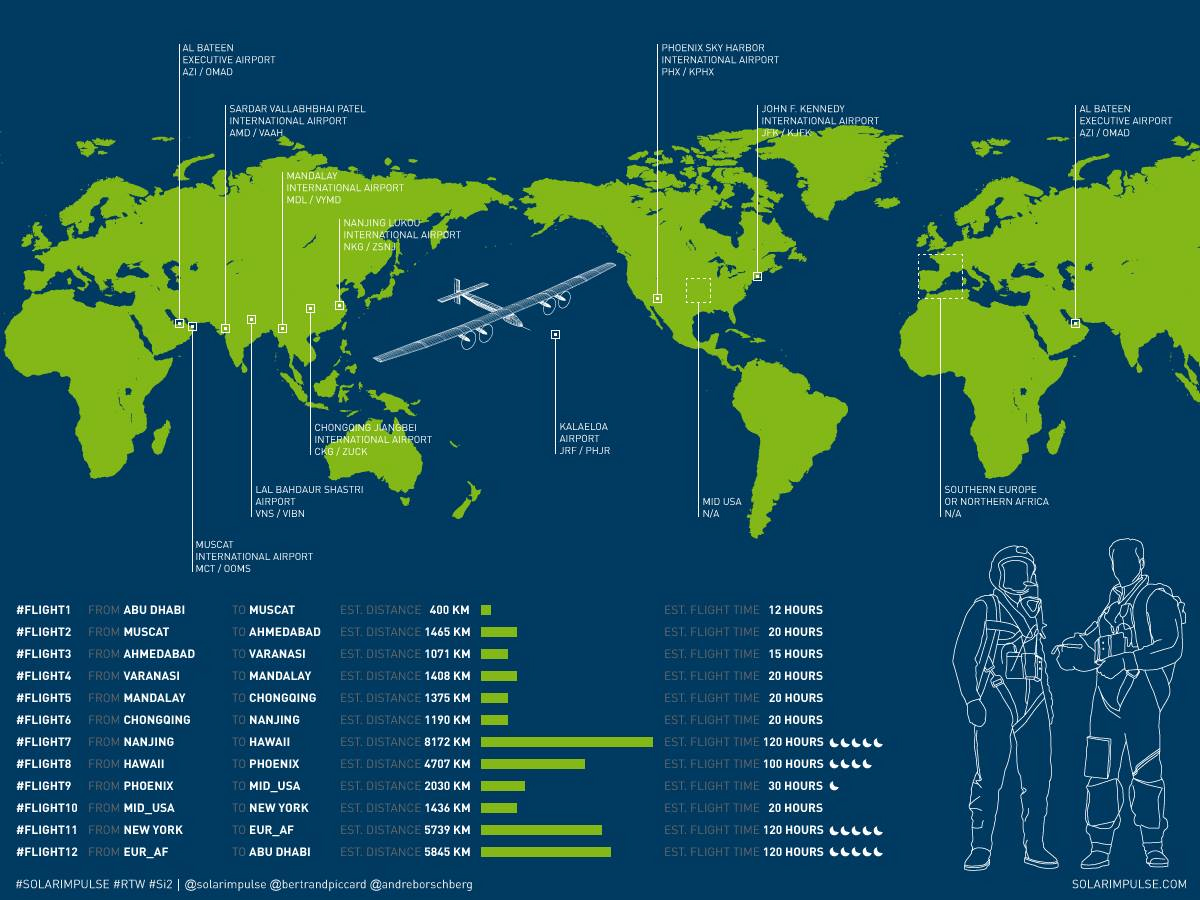 You should know that the adventure of Solar Impulse 2 has indeed started with an airline flight, but with a different type of aircraft …

Solar Impulse 2 left in parts of Payerne in Switzerland, January 6, 2015 within a Cargolux Boeing B747 to the Abu Dhabi airport, the capital of the United Arab Emirates (UAE).

From January 6, 2015 to March 9, 2015, the Solar Impulse 2 team has been busy rebuilding the solar plane, preparing it and doing test flight to ensure that Solar Impulse 2 was ready for its world tour. 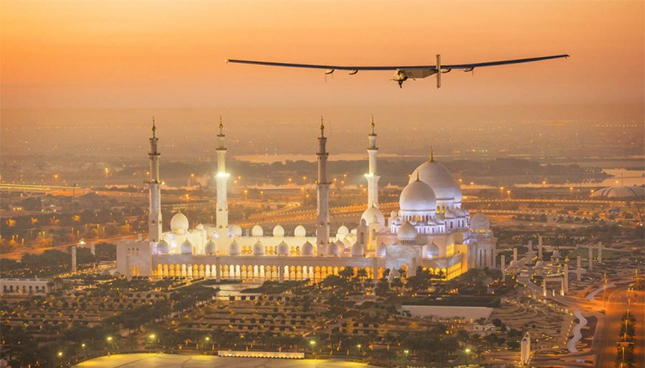 We also mentioned in the previous article that this city was not chosen at random, since the UAE is considered the largest oil producer and exporter in the world. It was not the only reason, as explained by the Solar Impulse 2 communication team:

Flight 1: From Abu Dhabi to Muscat 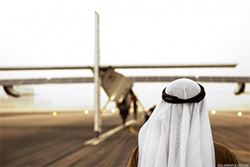 Flight 2: From Muscat to Ahmedabad

Next flight: From Ahmedabad to Varanasi

Come back on Substance ÉTS to get more news on this unique challenge! 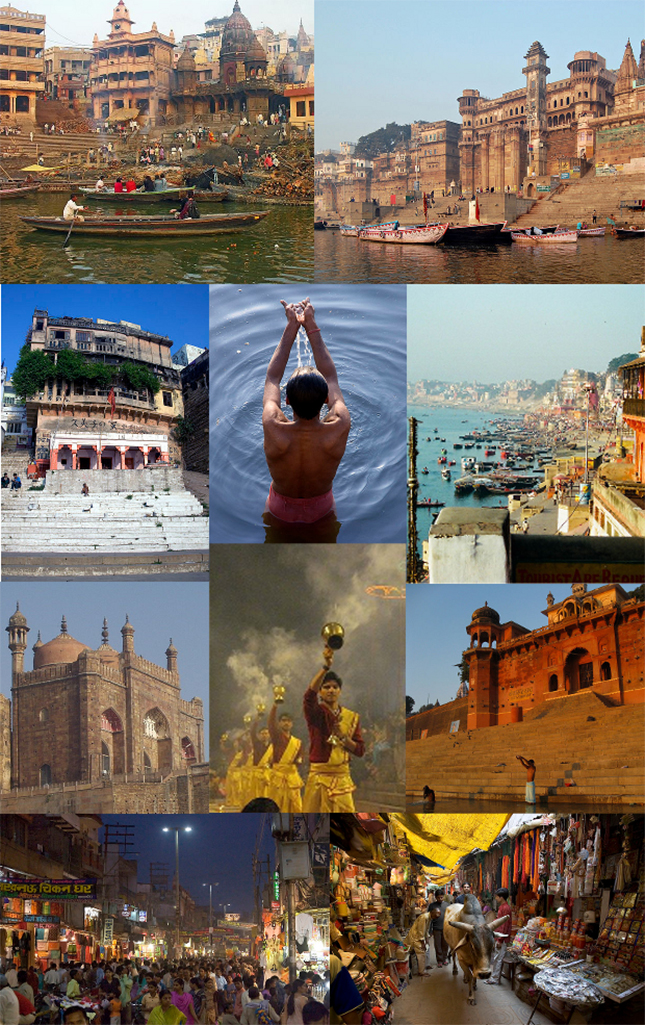 Varasani “is the holiest of the seven sacred cities (Sapta Puri) in Hinduism and Jainism, and played an important role in the development of Buddhism. Some Hindus believe that death at Varanasi brings salvation. It is one of the oldest continuously inhabited cities in the world. ” (Wikipedia, consulted March 13, 2015).

[accordion title=”Reference – images” close=”1″]All images come from info.solarimpulse.com website: They are published in respect with the terms and conditions of this site. The only exception is for the Varasani image which is from Penyulap, CC license, source.[/accordion]

Other article on this subject 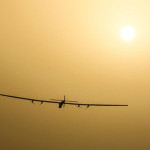