How to Transform a Mining Wasteland into a Hydroelectric Plant? - By : Hanen Hattab,

How to Transform a Mining Wasteland into a Hydroelectric Plant? 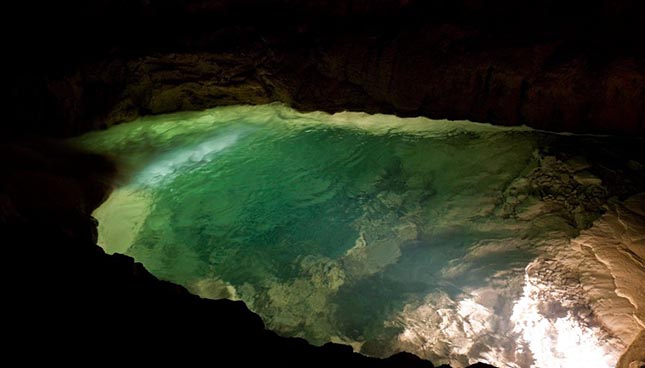 Aerial shots from the documentary film Home by Yann Arthus-Bertrand, released in 2009, testify to the extent of the alterations caused by human activity on the Earth’s landscape. The impact can also be seen when looking at the maps of subterranean galleries and pits excavated by our hands since prehistoric times. Abandoned underground industrial sites present significant dangers to the environment. In addition to the pollution caused by contaminated waste, the mines can lead to significant geological hazards such as collapse, landslide and erosion. The project presented in this paper proposes a profitable and unprecedented reutilisation of abandoned mines.

Instead of rehabilitating the mines for the sole purpose of safety, James A. Besha and Steve Burke of Albany Engineering Corporation propose to use them to produce hydraulic energy. With 557,650 mining site wastelands in 32 states, these two engineers have plenty to choose from for building renewable energy storage and production facilities in the United States. Besha and Burke are particularly interested in mines that have been abandoned due to flooding from excavation near groundwater tables.

They will launch their first project at the Mineville iron mine in New York. The undertaking still faces federal approvals, following which it would become one of the first of its kind. It is estimated that construction will last three years.

The team will build a pumping station to circulate the millions of gallons of water that have flooded the mine galleries over the years in order to power a network of 100 hydroelectric turbines installed 800 meters (2625 ft.) underground.

Besha, head of Albany Engineering Corp., considers energy storage as the most important part of the energy infrastructure. Indeed, this stored energy could complement other renewable sources, such as solar energy and wind power, by ensuring an uninterrupted flow of energy.

The station will operate with a pumped-storage hydroelectricity (PSH) system using the same permanent water source. The mine will be operated to produce electricity like a hydroelectric generating station. The potential energy of the water is either released (by turbine) or stored (by pumping).

The Structure of the Works

Obviously, the engineers take advantage of the potential of the vertical construction of the mine to create water circulation capable of generating energy. To do this, they have to set up two pools for storage and release. Knowing that the galleries are flooded, how should we proceed?

The station is conceptually an underground version of large external hydroelectric projects that are built on the same principle. The Blenheim-Gilboa hydroelectric plant in New York and the Eagle Mountain in Southern California, for example, use lakes at the top of a hill as upper reservoirs. Besha points out that large pumped-storage hydropower projects, which have been used for decades to compensate for irregular energy production from fossil fuels and nuclear power plants, now account for 97% of energy storage in the United States. The following video considers the same issue in the case of wind energy.

Currently, the US Department of Energy is calling for a significant increase in pumped-storage capacity by 2050 to meet the needs of renewable energy sources that have grown so much that the Energy Information Administration predicts that they will exceed nuclear power by 2021 and coal by 2030. In addition to Mineville, projects have been proposed for an abandoned mine and a quarry in Elmhurst, Illinois, and subterranean caverns in Wiscasset, Maine.