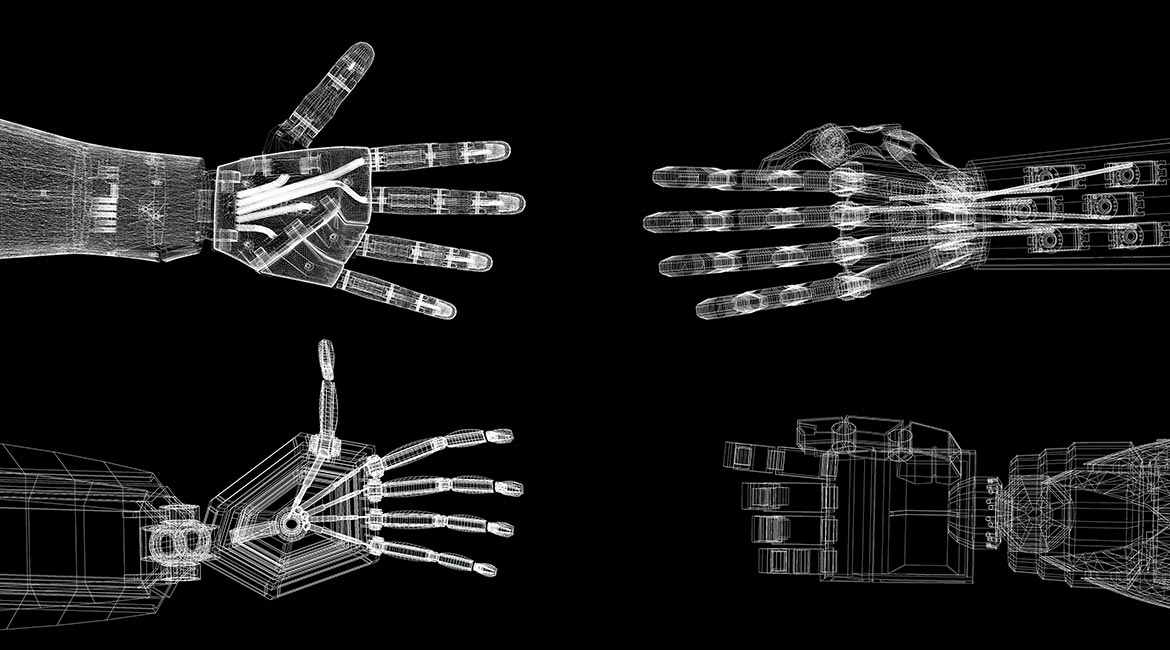 Soft robotics is of great interest to the fields of scientific research and medicine because its avatars can venture into the most fragile environments, such as coral reefs and the human body. Also, structures made from flexible and lightweight polymers can perfectly reproduce the shapes, movements and motions of living creatures.

Researchers at the Bristol Robotics Laboratory and the Department of Mechanical Engineering at the University of Bristol addressed another biomimetic challenge of soft robotics. They created a system called Skinflow that could, among other things, give soft robots enhanced tactile sensitivity. The applications of this technology are countless, particularly because it can be used in areas where electronic objects are banned in order to avoid electromagnetic interference, for  example, in magnetic resonance imaging scanners (MRI) or nuclear power plants.

True, prostheses and robots equipped with sensors that feel temperature, shapes and textures already exist. The sensors are often installed in specific areas like fingertips to perform the  functions of that part of the hand. In this case, the tactile faculties of these robots are spatially  limited, unlike humans who can feel things on the entire surface of their skin. In their study, the researchers presented three variations of Skinflow, one of which would allow the design of soft robots with skin sensitive to pressure, bending and vibration on its entire surface.

The system combines optical sensors with small soft silicone capillary tubes filled with coloured liquid. When a user touches a tube, the volume of the tube changes, causing the liquid to move. This is where the optical detector comes in: a CCD (charge transfer device) camera captures the liquid movement and sends the information to image processing algorithms to analyze the  change. The algorithms calculate the location and intensity of the user’s interaction with the tube. Based on this principle, the team is proposing the following three devices:

2. A three-dimensional touchpad consisting of two-layer orthogonal sensors, each layer made up of eight tubes filled with coloured liquid. The sensor can measure the location and intensity of a touch on the pad’s entire surface.

3. A device consisting of a smart camera and a microcontroller. When folded, the tubes adjust in real time to the brightness of three LEDs.

Researchers are currently testing and studying Skinflow for the development of new interactive  handheld devices.

The study entitled “Skinflow: A soft robotic skin based on fluidic transmission” was published on  IEEE Xplore and presented at the 2nd IEEE International Conference on Soft Robotics (RoboSoft) (2019). It is co-authored by Gabor Soter, Martin Garrad, Andrew T. Conn, Helmut Hauser, and Jonathan Rossiter.