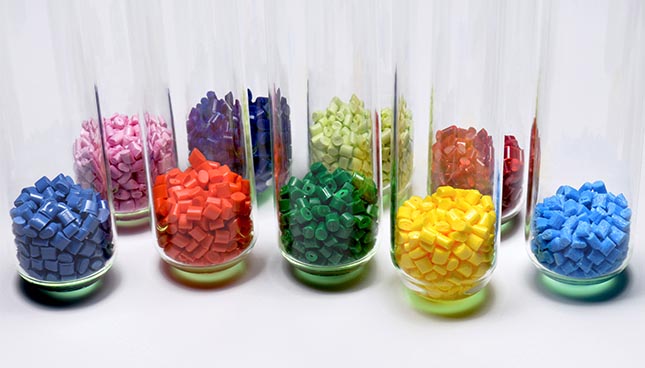 This article presents the perspectives of the research axis Polymers presented by Mario Leclerc, professor at Université Laval and current holder of the Canada Research Chair on Electroactive and Photoactive Polymers.

Before starting with the perspectives for polymer research, a brief introduction to this interesting class of materials is necessary. Polymers (poly = “many”; mer = “parts”) are large molecules (macromolecules) composed of a large big number of repeated subunits. One example is the polycaprolactam molecule (Figure below), or polyiamide 6, known commercially known as nylon 6. The basic unit represented within the brackets, known as a mer, is repeated n times to form a polymeric molecule. The carbon atoms are represented by the grey spheres, while hydrogen atoms are white spheres, oxygen is red and nitrogen purple spheres.

Polyamide 6 is used in the textile industry to produce fibers with improved mechanical performance, like climbing ropes. 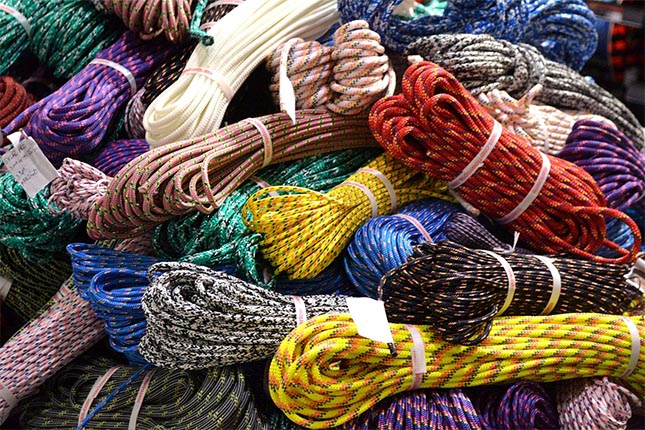 The fabrication process will affect how polymer molecules are organized and consequently define their performance, ranging from the infamous plastic bag to fibers with incredible performance. Controlling the microstructure aiming to tailor the properties is the role of engineers and scientists involved in Polymer research.

The future of polymer research

According to Professor Mario Leclerc, the future of polymer research can be grasped by analyzing what is being done by some of the main polymer research centers of the world like the Max Planck Institute for Polymer Research in Germany, the Laboratoire de Chimie des polymers Organiques (LCPO) in France, Case Western Reserve University  and the University of Massachusetts Amherst  in the United States and Kyoto University in Japan. From these sources we can then highlight some emerging themes for the Polymer field such as:

Examples from the emerging research themes

One example of the bio-inspiration is the use of different fabrication techniques to make polymer surfaces that mimic structures found in nature, such as the lotus leaf. The combination of roughness in both the micro and the nanoscale makes the leaf superhydrophobic (water repellent) and self-cleaning. 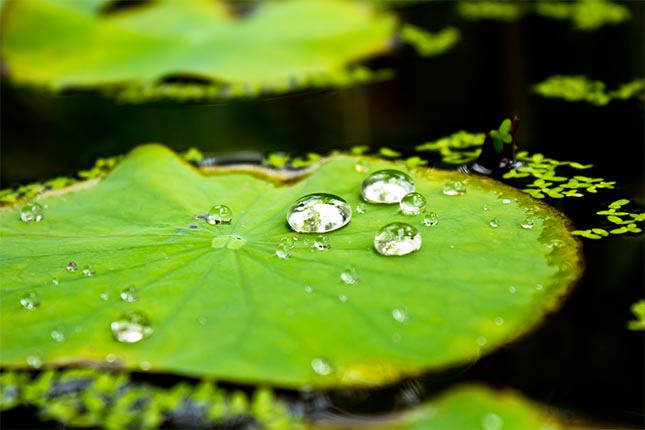 In the field of Polymers for energy, we can cite one of the research themes developed by professor Leclerc that focus on the design, synthesis and characterization of polymer-based photovoltaic cells to convert the energy of sun light to electricity. Polymer-based cells present some interesting advantages when compared to the current technology of Silicon-based cells such as the possibility of simpler and cheaper fabrication methods, to cover larger area the inherent flexibility of polymers. 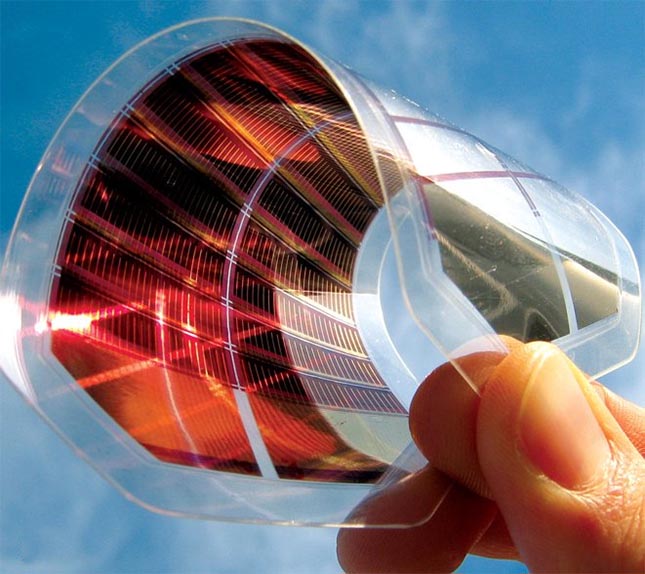 In Self-assembled systems, components initially in a disordered state can form organized structures without external stimulus. Scientists can then use this knowledge to finely control the microstructure and produce materials with specific properties.

DNA and proteins are examples of well-defined polymer structures and the possibility of synthesizing similar molecules is a new research field.

Here we highlight the last theme brought up in Professor Leclerc’s presentation: Polymers for 3D printing, an area still lacking in polymer research but that presents an enormous potential if combined with the well-developed machining part of 3D. In particular for ÉTS, this would be a very promising area for polymer researchers, considering the school’s expertise in additive manufacturing.

Besides these new areas, the idea of using a new approach for old research themes was also emphasized in the talk.

Polymer science has been evolving and the presence of polymers in more demanding applications keeps growing, from replacing metals in aeroplanes and cars to flexible films with electric properties that will enable a new generation of solar cells and screens. These are exciting times for polymer science and it is hard to imagine our lives without this class of materials.

Rafael S. Kurusu is a Ph.D. student at the mechanical engineering department at ÉTS in Montreal. He is specialized in polymeric materials.