The landing of Philae is a success! - By : Substance,

The landing of Philae is a success! 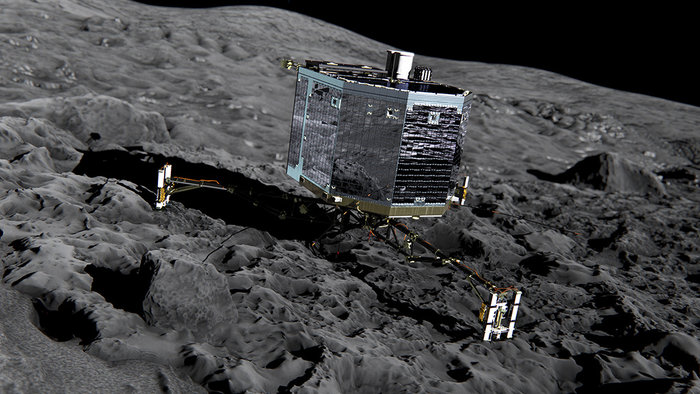 After seven hours in suspense, we are pleased to announce that Philae, a small robotic laboratory from Rosetta probe, has landed on the comet 67P / Churyumov-Gerasimenko. This is the first time a robot has landed on a comet!

Reminder about the Rosetta mission

Rosetta’s mission is to parse the comet 67P. Why?  Comets are the most primitive blocks in our solar system and they almost have not changed since the time of their creation. They are composed of basic materials that were present at the creation of the earth and for that reason they are the best witnesses of the creation process of planets around the Sun. Some theories even defend the idea that comets could have contributed to the emergence of life on earth by bringing water and organic molecules.

With the help of its instruments, Philae will now explore the comet, its nucleus, structure, density, temperature and chemical composition.

These analyzes may help to reveal the mysteries of the origin of life on earth!

To have the latest information, follow us on twitter/SubstanceETSen