Orbit Pavilion: a Seashell to hear Space Sounds - By : Substance, 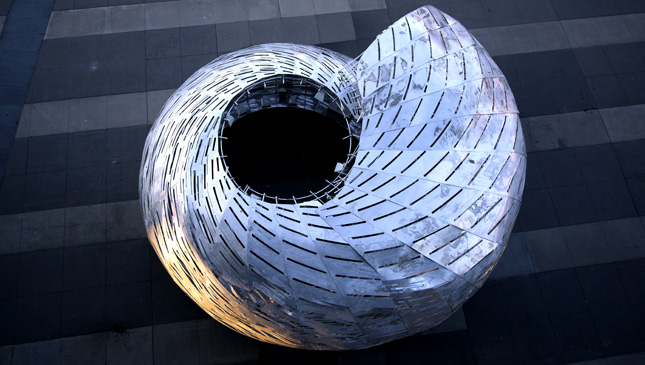 The state of our planet is of great concern. Mankind has just began to realize that the pollution generated by our activities seriously affects the Earth and, consequently, today and tomorrow conditions of life. The 2015 United Nations Climate Change Conference (COP 21) involving 195 countries, held in Paris in December 2015, negotiated the Paris Agreement. It is a global agreement on the reduction of climate change limiting global warming between 1.5 ° C and 2 ° C by 2100.

To take the pulse of our Earth, many satellites are revolving around our planet performing real-time monitoring of its vital signs. Currently, NASA has a fleet of 16 satellites in orbit around the Earth. They are:

These satellites measure tropical rainfall, solar radiation, clouds, sea surface height, ocean salinity and other aspects. It also allows us to identify volcanic eruptions and forest fires by studying the carbon monoxide concentration evolution. With the surface temperature global map, they discover the hottest and coldest places on Earth. Together, they provide Earth point of views as a single system. 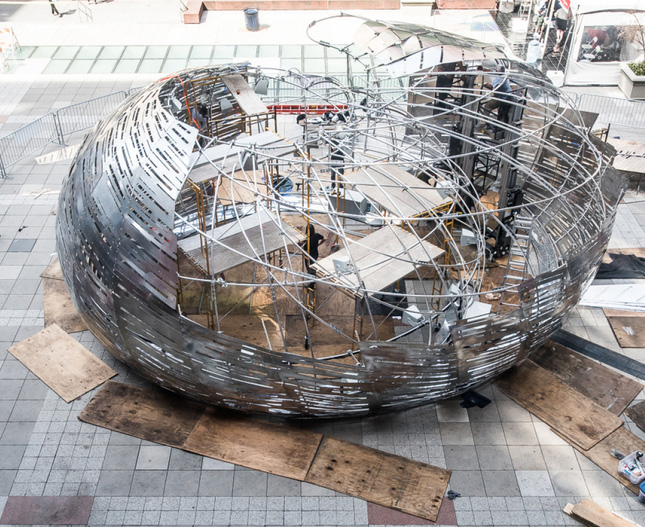 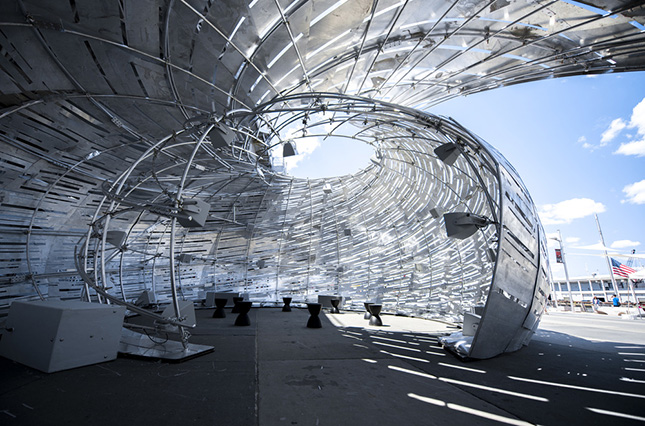 Two artists working at the NASA Jet Propulsion Laboratory, Dan Goods and David Delgado, were asked to create an artistic concept to enable the population to be aware of the satellites importance and their geolocation. An Orbit pavilion with a giant seashell shape was imagined  to let visitors hear sound of satellites in space. It was further designed and built by Jason Klimoski from Studio KCA. This pavilion has an area of 102 square meters (1100 square feet) and it is built with a tubular aluminum frame on which aluminum panels have been set. 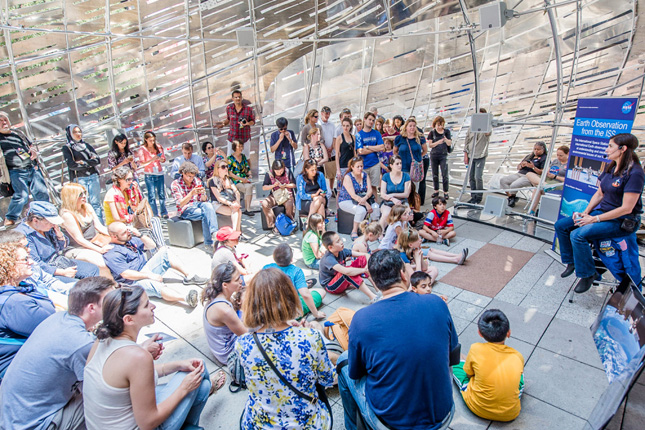 A 28 channel audio system transmits an audio band representing the sound generated by the satellites in space related to their position. The sound artist Shane A. Myrbeck is the creator of this sound simulation (see picture below). 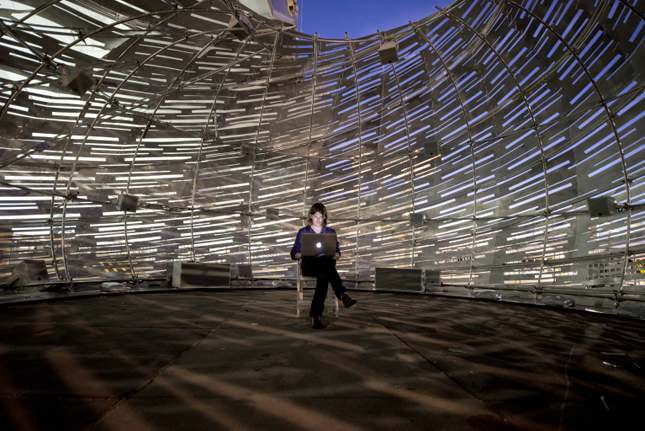 Sound artist Shane A. Mirbeck created the soundtrack simulating the noises made by satellites in space.

The sounds that visitors hear inside the orbit pavilion reflect the actual positions of the satellites in relation to the Earth location of the pavilion.

The orbit pavilion was presented at the World Science Festival 2015 visitors in New York in May 2015. It will be presented again in spring 2016 at the Huntington Library Botanical Gardens in San Marino, California. 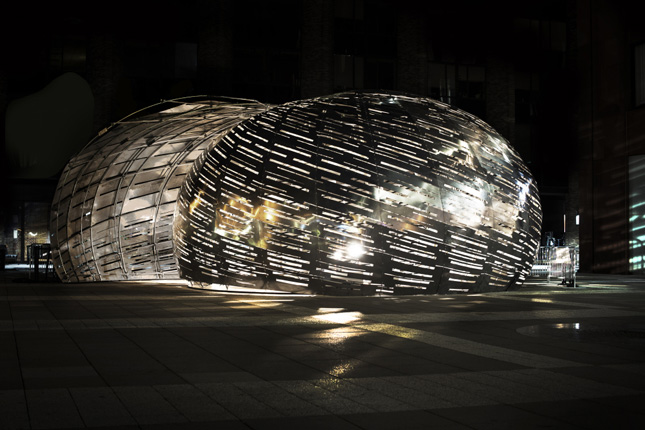