Light detectors that distinguish different colours are used in a range of fields from medical imaging to geological research, and to satellites that study flora and fauna. Using new research in nano-optics, engineers are working on the design of high sensitivity optical sensors capable of probing wavelengths invisible to the human eye.

A team of researchers at the California Institute of Technology (Caltech) has created a light sensor with a resonant thermoelectric nanophotonic structure 10 to 100 times faster than systems currently on the market offering the same functionality. In these systems, the light photons absorbed by the detector strike the surface of a semiconductor material, causing an electrical current whose voltage makes it possible to distinguish the various wavelengths absorbed. However, they are not capable of capturing infrared light because its energy is very low.

The detector designed by the team combines two technologies:

With these two functions it is possible to distinguish different light wavelengths, including infrared light.

This technology shows promise in improving the performance of photovoltaic systems and facilitating the diagnosis of and screening for diseases like cancer by providing better identification of affected cells.

According to this study, material that allows the conversion of very low energy wavelengths must have a smaller structure than the wavelengths. The researchers have shown that the nanomaterial they created has an ultra-sensitive structure. The nanostructure of this material is 100 times smaller than visible spectrum wavelengths, which vary from about 400 to 700 nanometres. Unlike existing systems, it can capture a wide spectrum of light confined in a small volume. 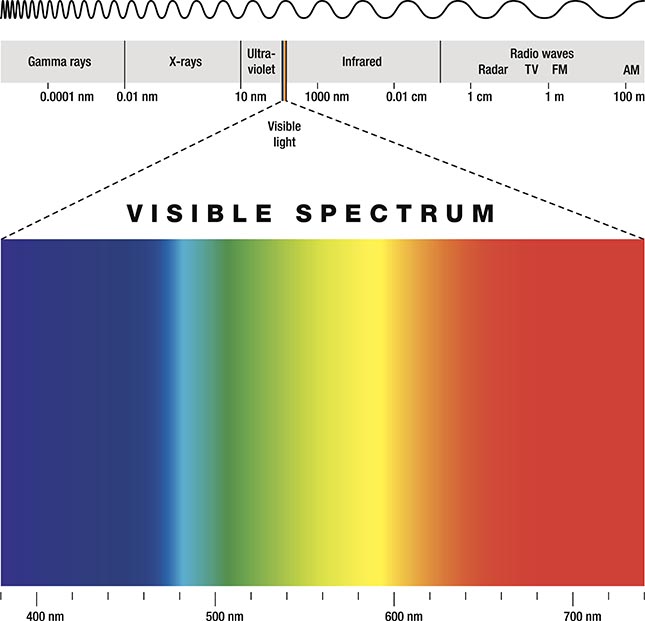 The material was manufactured in the Kavli Nanoscience Institute cleanroom at Caltech. The team used a vapour deposition system that deposits atom-thin layers of an element-rich mist solution. They also used electron beam lithography to cut nanoscale patterns of the material’s hypersensitive structure. In fact each pattern is capable of detecting a specific wavelength.

The deconvolution by an algorithm of the electrical signals corresponding to each wavelength makes it possible to identify them correctly.

The structure was obtained by combining bismuth telluride alloys (with the possibility of using antimony telluride) and chromel (which can also be replaced by a compound called alumel). The team also showed that it was possible to combine other alloys using the same manufacturing processes.

According to student Kelly Mauser, lead author of this study, this research bridges two fields of research that rarely meet: nanophotonics and thermoelectricity.