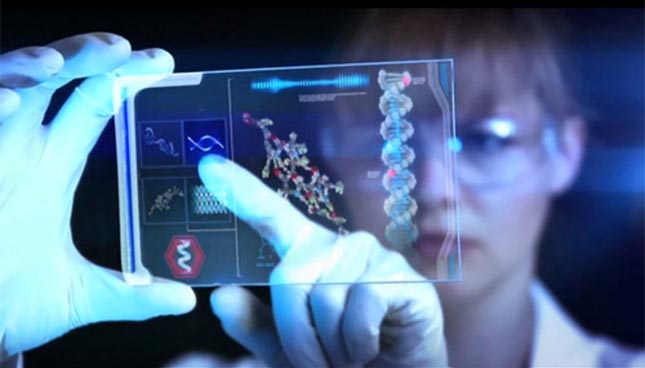 A Stanford University team created a new approach in the diagnosis and prediction of diseases, by analyzing data collected through activity monitors and wearable biosensors available on the market. Geneticist Michael Snyder, who led the study at the Stanford University School of Medicine, noted that the missing element in connected health is a data base that can be used to track information collected on activities, as well as human biological and physiological mechanisms, in real time.

The objective of the study was to establish an individual database from which it would be possible to accurately assess and predict human health status. The team used Intel’s Basis biosensors (US government-certified Peak fitness and Sleep tracker) and laboratory monitors to collect and correlate data on weight, heart rate, blood oxygen levels, skin temperature, daily activities including sleep, walking, cycling, running, calories burned, and even exposure to gamma rays and X-rays.

After recording over 250,000 daily measurements for 43 individuals, researchers found that the physiological values of circadian rhythms are consistent under normal conditions. They also noticed that the measurements differ from one person to another. In each individual, these values change during specific situations such as sports, air travel, etc. These events are related to physiological macro-phenotypes such as fatigue, making personal parametric associations between reduced pressure/oxygen and fatigue during high altitude flights possible. Circadian rhythms help the body adapt to new situations by controlling proper physiological and/or psychological responses. After an event, the rhythms resume their usual patterns and so the parametric associations are no longer taken into consideration.

The study demonstrated that it is possible, using an individual reference database, to monitor deviations from normal values and to associate these deviations with environmental conditions, disease or other health-related factors. Indeed, distinctive patterns of deviation from normal values correlate with specific health problems. The team developed and tested an algorithm that combines daily participants’ measurements, diurnal and nocturnal, with change models, contributing to clinical diagnosis and research.

Snyder himself participated in the experiment. He continued to record his personal data during his Norwegian vacation, in particular during air travel. After the flight, he noticed that his heart rate and oxygen level did not return to normal. When he later developed a fever, he suspected he had been infected with Lyme disease. Indeed, two weeks earlier, when visiting a rural area in Massachusetts, he had been bitten by a tick and infected with the disease. Snyder persuaded a physician to give him a prescription for doxycycline, an antibiotic known to fight Lyme disease. Subsequent tests confirmed his suspicions.

The results of this study raised the possibility of identifying inflammatory diseases in people who have not yet developed noticeable or definite symptoms. For example, blood tests revealed that above-normal results in heart rate and skin temperature correlated with an increase in C-reactive protein levels in several participants. The C-reactive protein is an immune system inflammation marker, and often indicates infections, autoimmune diseases, the onset of cardiovascular diseases or even cancer. Snyder’s data revealed four distinct episodes of illness and inflammation, including Lyme disease and another that he did not know about until the increased level of C-reactive protein was detected.

Portable biosensors could also help assess insulin resistance, an indicator of type 2 diabetes. The algorithm made the prediction possible based simply on heart rate and daily walking routine. Of 20 participants who had had glucose tests, 12 were diagnosed with insulin resistance.

This research was funded by the National Institutes of Health, the Department of Veterans Affairs, the Biomedical Data Science Initiative, and Bert and Candace Forbes.