As part of his internship in rainwater management at FRÄNKISCHE, Jules Rodschat, a student in Construction Engineering at ÉTS, took a guided tour of Munich’s 200-year-old canals on May 28, 2018. The Bavarian capital, whose past was marked by epidemics caused by poor sewer systems and treatment plants, has now become a world leader in purifying and discharging wastewater in a sustainable manner. Jules previously studied Montreal’s sewer systems, pushing him to dig deeper and discover more on the two cities’ underground history, to answer a simple question: how do the two systems compare and what are the solutions being developed today?

Jules Rodschat Author profile
Jules Rodschat is an undergraduate student in the Construction Department at ÉTS. He was an advisor for the Sustainable Development Fund (FDDAÉÉTS) and is executive member of the Green Building Council (ABD ÉTS).
Program : Construction Engineering  Environmental Engineering 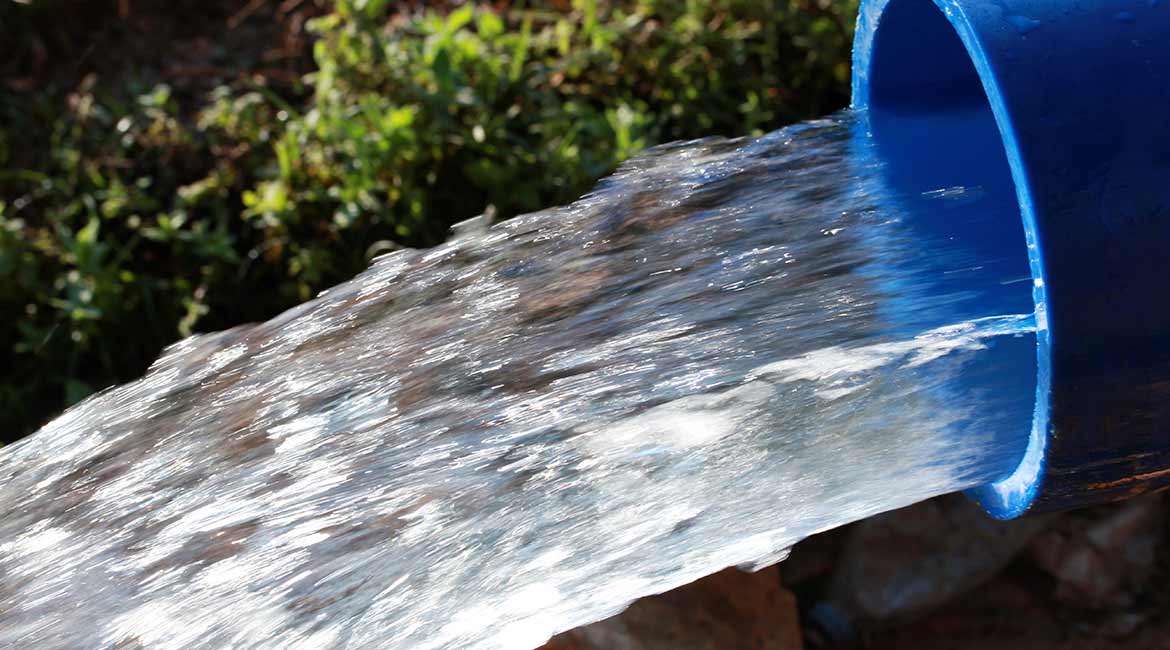 A look into how the two cities have managed their rainwater

From November 11 to November 14, 2015, 4.9 billion liters of wastewater were released into the St-Laurence River because of a major construction project funded by the city of Montreal. Thankfully, this was only a portion of the predicted 8 billion liters, thanks to 89 hours of relentless work.1 Although this planned spillage had caused a stir in the scientific, civilian and native communities, it is not uncommon for wastewater to find its way into natural sources.

Due to a combined sewer system—which does not discriminate between waste and rainwater—the city is often spending money and energy cleaning water with relatively low toxicity. Additionally, unlike other major cities, there is no secondary treatment, i.e. the removal of nitrates and phosphates that cause lakes and rivers to be overpopulated with vegetation—a phenomenon known as eutrophication. 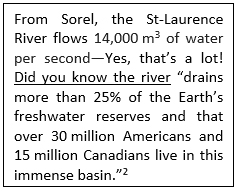 Yet, storm water flow or melting snow can become overwhelming for the wastewater treatment plant. Water is then dumped into the receiving waters and inevitably bypasses treatment, dragging along pollutants from the city’s surfaces and sewer system.

As it is, our system is massively counting on the fact that our river can take care of the rest.

Montreal was shooting for the stars when they built the largest sewer treatment plant in the Americas and the third largest in the world. Unfortunately, the quality of the discharge is breaking other records. Montreal would not only be “the last major city in North America to treat its sewage,” but also remains to this day the second worst city in Canada in the treatment of residual water, according to The National Sewage Report Card published by the Sierra Club in 2004.³ Find more information on the current state of the Montreal underground.

To simplify: Montreal’s treatment plant is working hard, not smart nor well. In fact, it was doomed before its inauguration: the plant was considered obsolete as it was being designed.

For now, the St-Laurence River has self-cleaning properties that can purify the waste. Through natural processes involving vegetation, sedimentation, and bacterial decomposition, many of our toxins can usually be eliminated or have reduced effects on the ecosystem. Nonetheless, as the city grows and natural water cycles change, will it remain LARGE enough?

We Already Know There Is a Problem

In the 2014 overview of the St-Laurence Action plan 2011–2026 it was reported that the state of our river is still at risk. This, despite improvements made during the 20th century. The goal of the program is to continuously improve the health of this major waterway by providing current data and recommendations.

The findings indicate, in particular, that the physical, chemical, and bacteriological water characteristics are significantly degraded after passing through Montreal (27% poor or very poor water quality in the Montreal-Sorel section). Similar results are found when analyzing micro-invertebrates (small biological creatures), invasive species, and toxic contaminants found in the water, sediments, and fish species.² In fact, the province’s metropolitan area is far from being the only city with this problem; many European municipalities have been struggling for centuries with the quality of their discharge water.

The level of comfort we have achieved in terms of water access and control is the result of centuries of hard work from engineers and great minds. In the city of Munich, there was very little development in city-living comfort until a direct link between water quality and human health was found1. In 1811, the first closed canal dedicated to rainwater in Munich quickly proved to be insufficient. The 20 km of scattered and non-centralized waterways were being secretly filled by the residents’ waste (which would then flow into the Isar). This resulted in the death of many Bavarians and international visitors during the 1854 industrial exhibition.

When the third cholera epidemic hit in 1873, over 1500 people lost their lives before water management was taken seriously. The city hired many experts, namely J. Gordon—a British engineer—and Pettenkofer to clean up the village of a thousand people. However, they were not able to prevent the Isar’s natural purification capacity to be overwhelmed by the growing population.4

Today, 80 million cubic meters of water per year are filtered and purified by the Gut Marienhof. In 1989, the Gut Großlappen, regarded as one of the best water treatment facilities, cost the city of Munich 300 million euros. Its discharge water is even safe for swimming during the summer months. Together, both plants help protect the Isar by servicing 1.5 million Munchen residents and have the capacity for 3 million more.5

We now realize that the natural water cycle must be respected in ways that optimize the purification process. FRANKISCHE, the company where I completed my internship, was inspired to simulate this pre-defined system to preserve the effluent streams.

The German Association for Water, Wastewater and Waste (DWA) has developed a comprehensive methodology for calculating and planning rainwater management. As an external verifier, the German Institute for Construction Technology (DIBt) then awards certificates for products that have been proven to adhere to these principles.

The first principle is that city waste and rainfall should be separated. When building new facilities, different sets of pipes should be installed so that the purest content is not contaminated by domestic, commercial, and industrial refuse.

The second principle implies that, depending on the catchment area—local rain data, type of surface, and potential for pollution from surrounding human activities—water should be cleaned accordingly.

Finally, the third and fourth principles recommend creating a retention basin to mitigate water flow into the natural water stream and avoid floods.

The picture below illustrates the approach that FRANKISCHE has developed to protect and preserve natural streams and ground water.

It just seems that, around the world, water management has always taken the form of “Fail and Fix”. Europe, having seen firsthand the deterioration of their natural rivers, has finally adopted a proactive and protective methodology.

Hopefully, there are other initiatives in Montreal like Les Ruelles Bleues-Vertes that aim to decentralize rainwater from roofs at a low cost, in order to reduce the burden on municipal sewers. There is a new pilot project with city authorities towards a future where rainfall use would become standard.

Moving forward, there needs to be continuous efforts to preserve the very essence of life. This is our chance to avoid the mistakes that many have made before. The price we pay today for better infrastructure will save the St-Laurence River for tomorrow.

Jules Rodschat is an undergraduate student in the Construction Department at ÉTS. He was an advisor for the Sustainable Development Fund (FDDAÉÉTS) and is executive member of the Green Building Council (ABD ÉTS).