Patrick Cohendet Author profile
Patrick Cohendet is a professor at the Department of International Business, HEC Montréal and the co-founder of the center MosaiC. His research interests include economy, knowledge management, innovation management, and technology transfer. 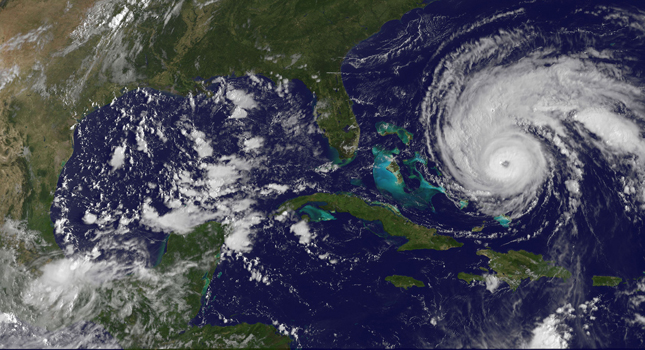 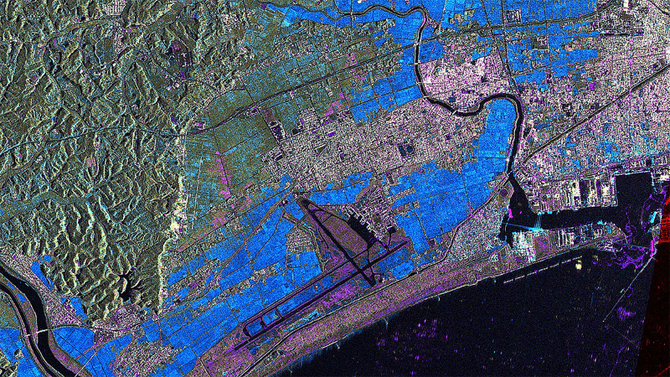 Aerial view of the tsunami disaster: taken in March 2011 by the German TerraSAR-X Earth-observation satellite, this radar image illustrates the impact of the tsunami on the east coast of Japan. The image shows the Higashi-Matsushima airport and the port of Ishinomaki in the Sendai prefecture. Areas marked blue have been flooded while regions where the infrastructure has been destroyed are magenta-coloured. (Source Flickr – CC License]

Public investment in space – covering research and development, demonstration and infrastructure deployment – can be undertaken for a variety of reasons. Possible primary motivations include the advancement of science, strategic benefits (for instance enhancement of military capability or of national or regional prestige), stimulus to economic growth, and provision of social benefits. The problem is that quantifying or monetizing these benefits and the true impact for society of the investments in space programs often remains a challenge, in particular in terms of methodology. For example, a significant proportion of the total volume of benefits can be realized years after the conclusion of the program or mission. Many of the benefits are also rather intangible and difficult to quantify, much less monetize. Further, a significant part of the total benefits arise indirectly, and somewhat unpredictably, through knowledge spillovers championed by organizations and economic sectors with no direct involvement in the space sector.

Tracing, quantifying and attributing benefits to public research investments is particularly challenging when it comes to assessing an international space program. And yet, the levels of expenditure involved in these programs are now so high that public opinion is increasingly calling for an assessment of the tangible benefits accruing to the economy in return for the considerable sums invested. The M(IES)2C research program, which brings together a team of researchers from HEC Montréal, École Polytechnique de Montréal and ÉTS, directly addresses these issues, and offers to do so by reexamining how the impacts of space investments on society are measured.

Since the 1960s, economists have tried to measure the economic impact of space programs with a variety of tools, whether by way of microeconomic analysis of specific technologies, macroeconomic modeling of long-term productivity gains, input-output analysis, or cost-benefit analysis. These tools can be used and combined to assess the global impact of space expenditures, to measure the economic activity and employment directly induced by space programs in the space industry and its suppliers, and/or to evaluate space technology transfer policies (through the analysis of some of the markets created around or “fertilized” by space technologies). The wide variety of simplifying assumptions behind the models used, however, suggests that no single model can provide conclusive results. Moreover, many controversies remain as to the interpretation of the results. For instance, trying to justify large-scale programs through the existence of some successful technological spinoffs (such as the “Teflon” case) has been strongly criticized, and this has cast doubt on the evaluation procedures adopted.

More importantly, one of the main problems is that most, if not all studies and methodologies used in the past to measure the benefits of space have been done under the theoretical vision of a “linear” and closed model of innovation, which no longer can be used in today’s economy. This vision sees the process of innovation in a given firm as a sequential series of sub-processes from the research phase upstream to the market phase downstream. This sequential vision is also a “closed” one, in the sense that the firm is supposed to limit to the maximum the exchanges with the outside world, to give priority to a strict protection of innovative ideas at each phases of the process. Since the beginning of the 2000s, this model has been highly questioned by the “open innovation” model proposed by Chesbrough (2003). The boundaries between a firm and its environment have become more permeable; innovations can easily transfer inward and outward; and ideas come and go throughout the process. In a world of widely distributed knowledge, companies can no longer afford to rely entirely on their own research, but should instead buy or license processes or inventions (e.g. patents) from other companies, while internal inventions not being used in a firm’s business should be taken outside the company (e.g. through licensing, joint ventures, spin-offs). 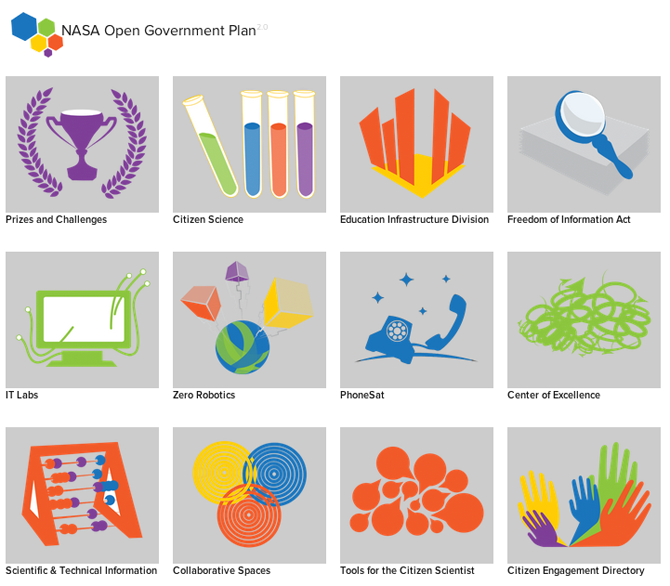 NASA Open Government Plan collects the many new activities that exemplify the evolution of openness in NASA’s policy, technology and culture – and provides citizens the opportunity to respond and engage. (Source NASA).

The way to conceive technological transfer, innovation policy, collaborative modes, and evaluation procedures change dramatically in an open innovation context, and will certainly impact the governance of space projects and the management of innovation in the domain. As an example, NASA currently uses Innocentive, a crowdsourced wiki where companies can find creators and problem solvers to develop innovative solutions to the unique challenges faced by NASA in achieving its mission to pioneer some of the future of space exploration problems and technical issues. In a same vein, the space sector now has to deal with emerging players in the field of spacecraft and launch segment such as Bigelow Aerospace, Virgin Galactic, Armadillo Aerospace, etc. The open innovation era provides immense opportunities for non-space activities to participate in space projects. At the beginning of the space era, the only sources of technical and applicable knowledge came mainly from the military sector. Today, we have moved from an exploration phase to a phase of exploitation of space, where the development of small series of launchers, satellites, earth stations, or drones, has forced the space industry to reduce manufacturing costs of space systems using, for example, components available on the market, rather than redeveloping parts for the occasion. In the near future, the commercial non-space industry will most likely take the space sector closer to market requirements and make its technology more accessible, therefore serving the public space sector as well, who will benefit from cross-fertilisation of knowledge and existing technologies in new sectors.

In an open innovation system, economic benefits are formed differently, resources change through time, spin-offs have become an important source of value, and spin-in mechanisms are necessary. Space projects have to combine efficiency, high quality and innovativeness/creativity throughout the value-chain, agencies have to cope with the tension between “faster, better and cheaper” and innovation, and, finally, the market has to support free entrepreneurship in the space sector. These are some of the issues that the space industry is increasingly facing in a context of open innovation and that should be taken into account when attempting to measure the impacts of investments in space programs. Space is everywhere and is believed to play an even bigger part of our lives in the near future. What has been positively measured? What has not been measured? Are the theoretical assumptions underlying the different methods sound and relevant? And, more importantly, why does the general public still have a limited understanding of the socioeconomic impact of space in everyday life? More than ever, the main methods and tools used to measure the benefits from space should be revisited, in order to assess the true impact of space investments, but also, in order to facilitate the “willingness to pay” of the general public in supporting space activities.

Patrick Cohendet is a professor at the Department of International Business, HEC Montréal and the co-founder of the center MosaiC. His research interests include economy, knowledge management, innovation management, and technology transfer.