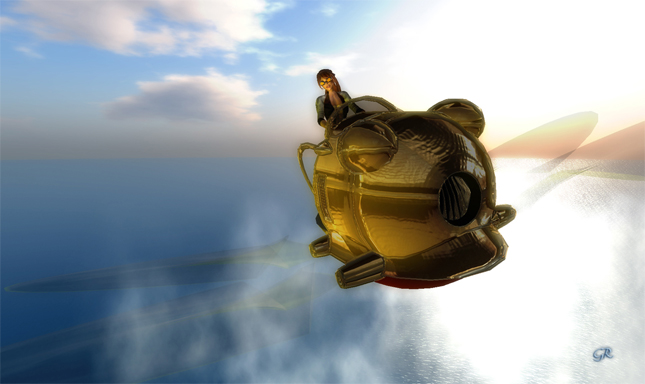 Ever seen the anime movie Laputa: Castle in the sky created by Hayao Miyazaki in 1986?

Kazuhiko Kakuta, doctor of the allergy and pediatrics has a special hobby: he builds flying replica of birds and fantastic characters.

Seeing the number of prototypes he has done, we can understand that it is truly a passion for him.

He has recently developed a working prototype of a “flapter” from the animated film “The Castle in the Sky”. Below, a flight demonstration of one of his versions of this flying machine with 4 wings.

Many parts of his last version were made with a 3D printer!