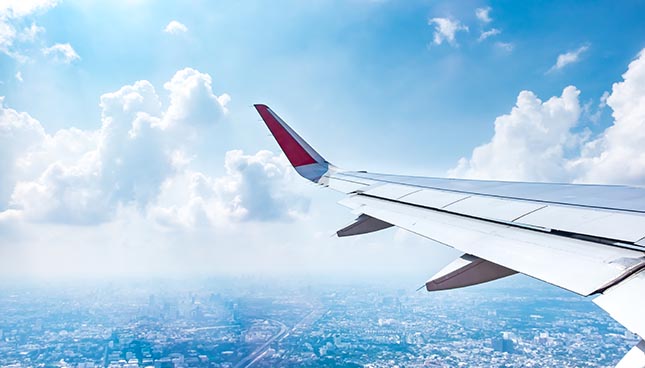 The featured image was bought from Istock.com. Copyrights. Other images are from the authors. Substance CC license applies.

Ailerons are one factor that impacts a wing’s aerodynamic behaviour, fuel consumption and carbon dioxide emissions. In order to evaluate their impact on the aerodynamic behaviour of a wing, wind tunnel tests were carried out at different speeds (15 and 20 m/s) and at various angles of incidence (-20° to +20°). These results will be used to construct an experimental model that will extend to the study of a morphing wing concept and to eventually extrapolate results for higher speeds.

Within the next decade, in accordance with the European Commission report on Aeronautics, new airliners must reduce their carbon dioxide (CO2) emissions by 50% and nitrogen oxide (NOx) emissions by 80% given the levels recorded in 2005. One approach being considered is to study ailerons and their impact on aircraft aerodynamic behaviour, fuel economy and, ultimately, on greenhouse gas emission reduction.

This project is part of a study on Hydra Technologie’s UAS-S4 drone, installed and studied in the Research Laboratory in Active Controls, Avionics and Aeroservoelasticity (LARCASE).

Different tests carried out on a wing model are presented in this article.

The main goal of this project is to study the impact of ailerons on airfoils and fuel consumption. Ailerons impact lift, drag and airfoil bending moments. They are part of an aircraft’s control elements; the challenge is to optimize the airfoil’s subassemblies without compromising manoeuvrability. The profile under study was a NACA 0012 symmetrical airfoil (figure 1).

To conduct wind tunnel tests, it was necessary to design an aileron model adapted to the test chamber. Assembly and different parts of the wing half were modeled using CATIA (figure 2). The different parts were laser cut (figure 3) for the most accurate results possible. 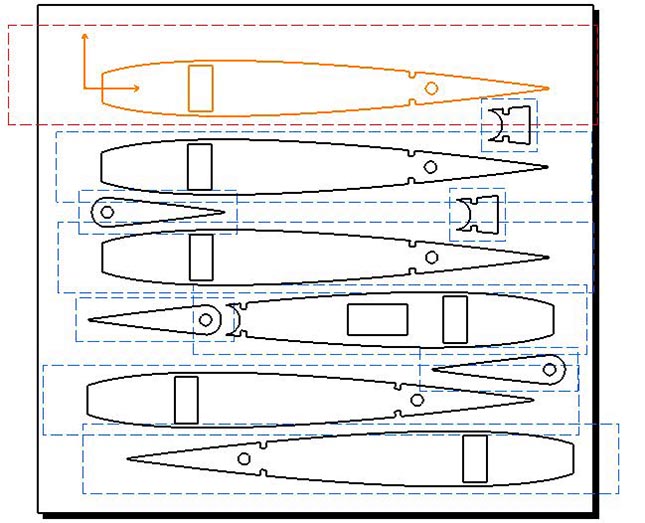 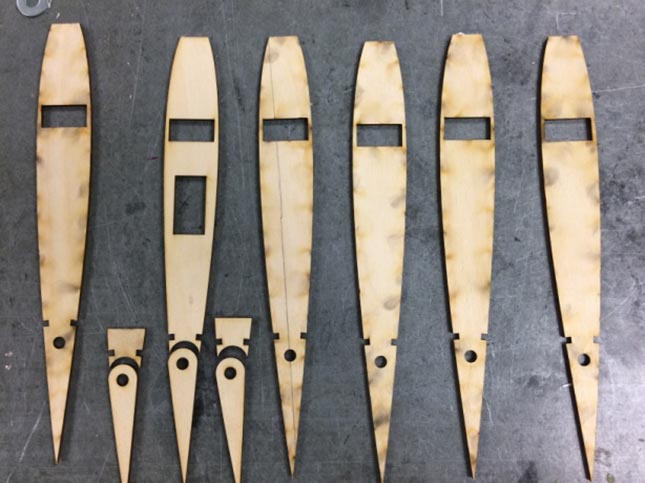 Methodology Used in this Study

In order to perform fast and accurate tests, an electromechanical system was set up to adjust the aileron’s angle position (figure 4). A servomotor, activated by a microcontroller and connected to an adjustable arm, was used to control the angular constraints required for the tests. The servomotor used in the tests functions as pulse trains: indeed, the servomotor’s rotational angle value depends on the analog signal length emitted by the microcontroller. 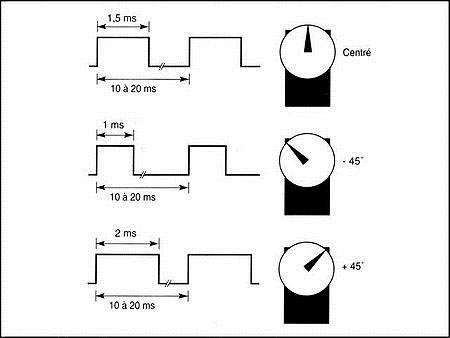 At that point, a control panel had to be set up to manoeuvre the aileron, and also to reach the desired forces and display them in graphs and data tables (table 1). The forces were measured with a LARCASE aerodynamic scale connected to the control interface. Results were displayed in real time during the tests, as shown below (figure 5). 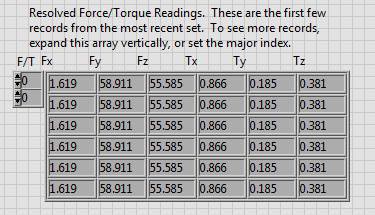 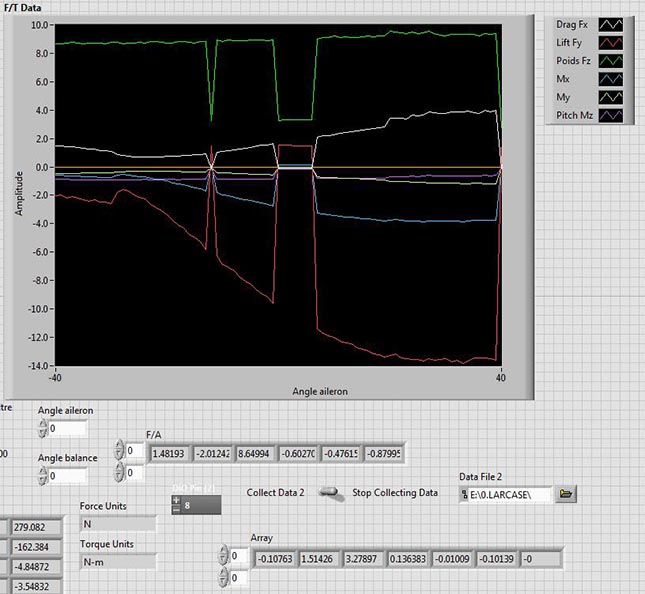 Figure 6: illustration of the angle of incidence

Preliminary Tests on a Profile without Aileron

The first test was done on a profile with no aileron. Such tests had already been conducted with this profile and the results had been validated (figures 7 to 9). This test was done to validate the operation of a new sensor by comparing the new results with the previous ones. The tests were carried out by varying the angle of attack.

Figure 7: drag coefficient variations according to angle of attack at speeds of 15 and 20 m/s

Figure 8: lift coefficient variations according to angle of attack at speeds of 15 and 20 m/s

Figure 9: pitching moment coefficient variations according to the angle of attack at speeds of 15 and 20 m/s

Consequently, these preliminary tests were used to validate the existing model. Indeed, the experimental results were close to what was expected. Flight stall (sudden increase in drag and significant loss of lift) can also be observed when the angle of attack is between 14° and 17°.

Profile tests with an aileron were performed according to several parameters: speed, angle of incidence and aileron angle. The videos 1 and 2 below shows the aileron model being tested in the wind tunnel.

Videos 1 and 2: video of wind tunnel tests on a wing model with aileron at speeds of 25 m/s

For these tests, the aileron angle was positioned at -40° to +40° and the angle of attack was changed from -10° to +20°. The following three layouts (figures 10 to 12) represent variations in the three aerodynamic loads under study (drag, lift and pitching moment) according to the aileron angle, angle of attack, and at speeds of 15 m/s. Tests were also carried out at speeds of 20, 25, 30 and 35 m/s but, for the sake of clarity, will not be presented here. 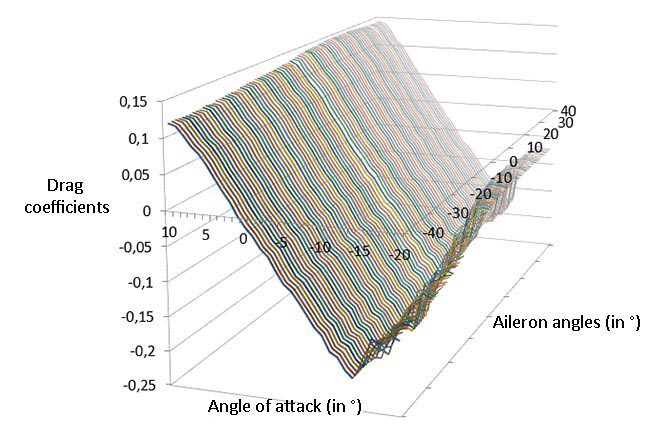 Figure 10: drag coefficient variations according to aileron angle of attack and tilt angle at speeds of 15 m/s 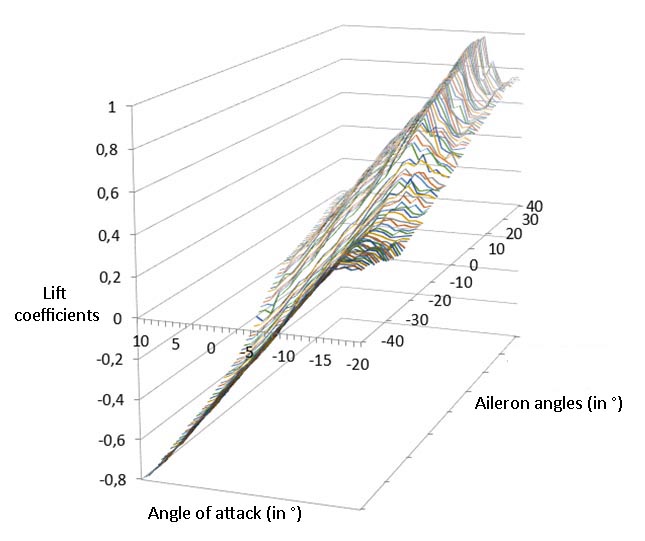 Figure 11: lift coefficient variations according to aileron angle of attack and tilt angle at speeds of 15 m/s

Figure 12: pitching moment coefficient variations according to aileron angle of attack and tilt angle at speeds of 15 m/s

Finally, the results for the first three speeds appeared to be correct and were similar to the theoretical models.

One objective of this research was to extend it to further research on a morphing aileron. Within the framework of the CRIAQ MDO 505 international project, the dynamics of a morphing aileron were analyzed from an aerodynamic perspective. Its aerodynamic performance was analyzed and validated in the IAR-NRC wind tunnel, as explained in Refs. 1–8, while the aerostructural modeling of the UAS-S4 is detailed in Ref. 9.

Implementation of an experimental model in keeping with the theoretical model will allow us to study the real impact of the presence or absence of an aileron device and also to integrate the morphing wing concept in further tests. Similarly, this method will allow us to obtain more accurate results and in accordance with the computer simulations. Finally, tests will be conducted with the XFLR5 simulation software to definitively validate our results and to provide LARCASE with an interesting database, making the extrapolation of results at higher speeds possible.

Théo André is a research trainee at LARCASE and a Master’s student at the EPF Graduate School of Engineering. His research interests include model designs for wind tunnel testing and wing profile optimization.

Manuel Flores is a PhD student in the LARCASE research laboratory at ÉTS. His research focuses on structural optimization and the aerodynamic analysis of a morphing wing system for drones, and on experimental validation in the Price-Païdoussis subsonic wind tunnel.