Identifying imperfections in order to prevent and overcome them - By : Substance,

Identifying imperfections in order to prevent and overcome them 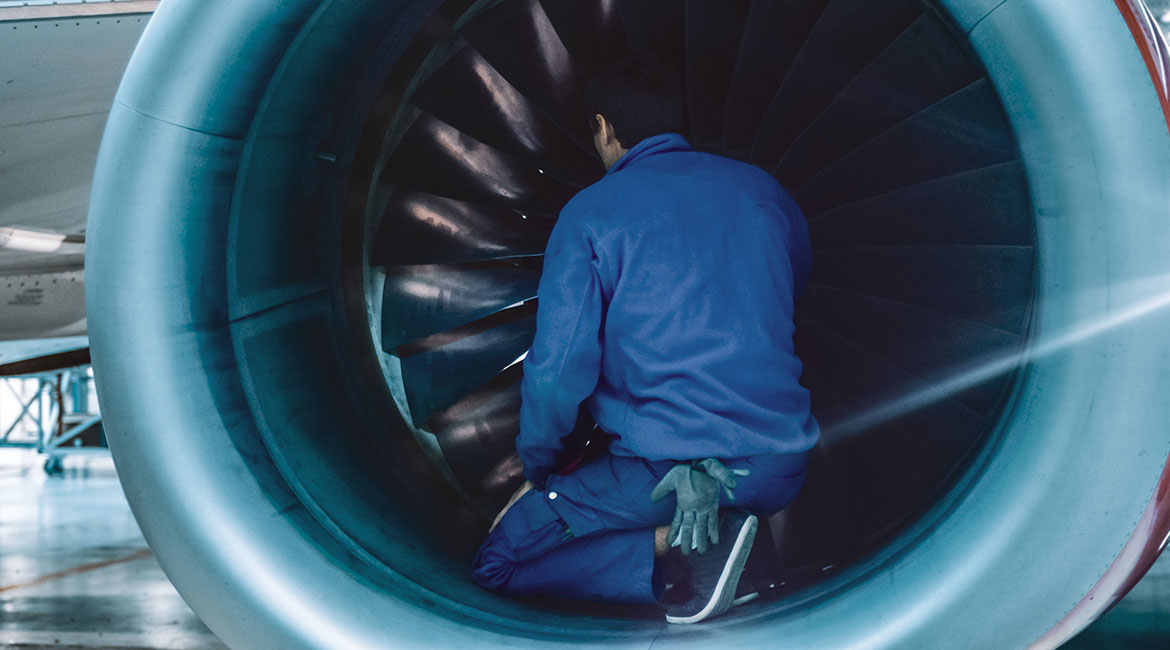 Ilyass Tabiai is attracted to imperfection, both on a large scale and a microscopic scale! He is a Professor of Mechanical Engineering at École de technologie supérieure (ÉTS) who teaches on the Mechanical Behavior of Composite Materials, and especially those used in aircraft design. In addition – in keeping with his nature – he loves to flush out and ask questions concerning imperfections in ideas that are presented to him, in order to help them evolve!

Of Moroccan origin, Ilyass Tabiai toyed with the idea of becoming an engineer and discovering different cultures, and then followed his ambitions in both areas.

From 2010 to 2014, he consecutively pursued his Bachelor and Master’s degrees: first in Mechanical and industrial Engineering at École Nationale Supérieure d’Arts et des Métiers ParisTech in Metz, and then in Mechanical Engineering with a concentration in Technology Management and Innovation at Georgia Tech in Atlanta, where he began his graduate studies in 2012.

His Master’s thesis then took him to Japan, where he interned at Yamaha, a multinational corporation, in the Research and Development of Materials for Motorcycle Engines Department. According to Professor Tabiai: “It was at Yamaha that I discovered the world of mechanical behaviours of materials. I learned a great deal about the Japanese business culture, their approach to innovation and their management style, which focuses on a foolproof trial-and-error method instead of simulations.”

After spending time in the United States and in the Land of the Rising Sun, this globetrotter decided to specialize in the mechanical behavior of composite materials, and to pursue his post-graduate studies at Polytechnique Montréal in 2014, continuing in the field of Mechanical Engineering.

“Commercial transport aircraft are made from 50% composite materials, but it is still impossible to reliably predict the exact moment when ruptures materials will occur in composite. This leads to significant costs, because companies oversize their aircraft in order to mitigate microscopic ruptures, or else they literally change a part as soon as a microscopic rupture is detected,” he explains.

The work and management skills of this PhD student were so highly appreciated that he was awarded a “CREATE in aerospace” grant the next year. Awarded by the NSERC, the grant led him to McGill University, where he participated in workshops aimed at enhancing his initiative and leadership skills.

This provided the impetus for Ilyass Tabiai and his colleagues to take part in a competition organized by Polytechnique Montréal and Université de Montréal, where they entered a project involving 3D printing for architecture projects. This experience led them to launch a small 3D- printed materials manufacturing company called 3D-TRIP Inc.

“We closed the company after my post-graduate fellowship at Bombardier Aviation, but thanks to the knowledge transfer we brought about in the area of 3D printing, a number of the projects that we developed continue to be useful in connection with the research services we offer to various companies”, Professor Tabiai notes.

In addition, his post-graduate project, which involved formulating a development plan for integrating virtual testing of composite materials at the Bombardier subsidiary over a 10-year horizon, was completed in May 2020. 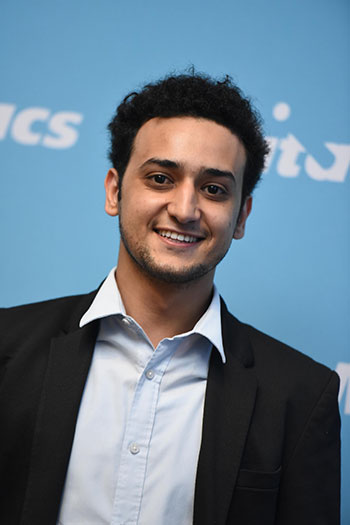 The plan constitutes a guide for determining which technologies and tools to integrate, with a view to reducing costs and improving the performance of composites in order for the company to remain competitive.

During this same timeframe, Ilyass Tabiai took on the position of Professor at ÉTS!

Professor Tabiai, who lives in Montréal with his spouse and their two cats, is also passionate about programming. In fact, in his spare time, he decided to co-found a start-up company that offers programming and coding services, along with the analysis and classification of texts!

As a Professor, his main goal is to help students keep an open mind, or in other words, question paradigms that appear to be immutable.

For Ilyass Tabiai, learning and understanding the literature represent a tedious task, but doing so enables him to flush out the “small” problems that people are sometimes reluctant to admit; and in his opinion, “this is where problems are resolved. One must not be afraid to address the unspoken, despite the discomfort it may cause. In order for mechanics or mathematics to evolve, one must avoid taking values for granted!”

LEPAC - Laboratory for the Engineering of Polymers and Composites