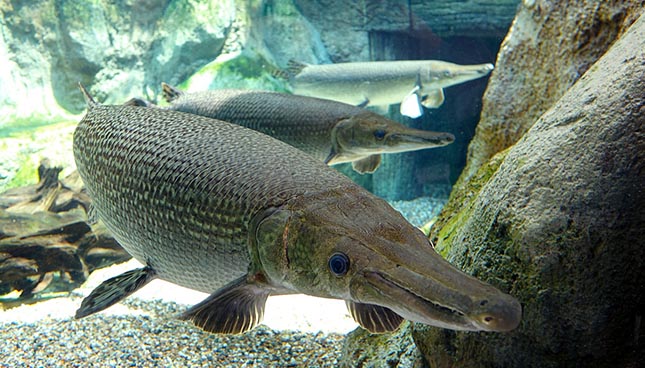 Animal skin regulates interactions between the organism and its environment. It protects sensitive parts against predators and climatic conditions, and serves as an exchange membrane of matter and energy with the external environment. It is its texture that gives it synergy and versatility and that inspires increasingly sophisticated and high-performance materials and coatings. Roberto Martini, post-doctoral researcher in nanomaterials and nanotechnology, and associate professor Francois Barthelat, a bioengineering and biomimetics specialist in McGill University’s Department of Mechanical Engineering in Montréal, created protective gloves inspired by alligator gar skin. Their study entitled “Stretch-and-release fabrication, testing and optimization of a flexible ceramic armor inspired from fish scales” was published on October 13, 2016, in the IOPscience journal.

Barthelat directs the Laboratory for Advanced Materials and Bioinspiration, conducting research and knowledge transfer on living organisms for the design of bio-inspired materials.

Resistance and Flexibility of Reptile and Fish Scales

Over the past two years, Martini and Barthelat have studied several species of fish in order to design a coating for protective gloves worn by industrial workers. They wanted to reproduce the protective properties and flexibility of the outer membranes to create a comfortable, ergonomic and perforation-resistant coating.

In the article, the researchers first presented the characteristics common to reptile and fish scales, and the inventions they have inspired since ancient times: 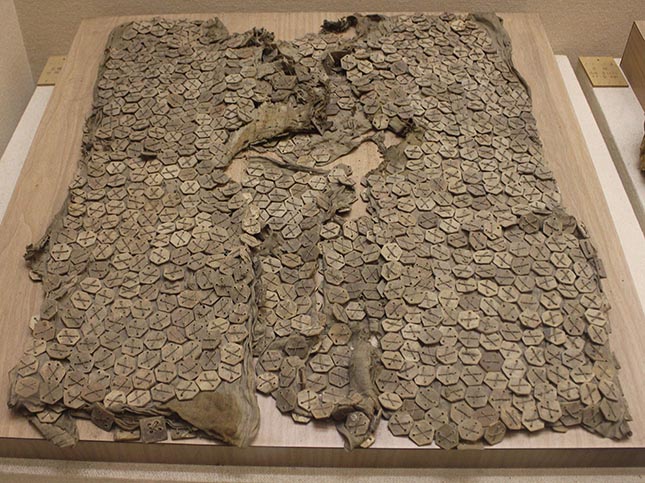 Martini and Barthelat also pointed out that chain mail is still used in accessories and protective gear such as butcher gloves. Most flexible protective systems used today are based on aramid fibres (e.g. Kevlar®) or polyethylene (Spectra®). They also mentioned the disadvantages of such coatings, namely the space separating the rings, allowing punctures from very fine points of blunt objects. In addition, according to Martini and Barthelat, ceramic disc-based armours resistant to ballistic projectiles do not offer the mobility required for certain manual tasks. The authors cited other innovations with structures mimicking scaled skin, but which had structural defects due to incorrect choices of material, such as small lamellae affixed on substrates, like the three-dimensional canvas created in 2015 by a team from the American Technion Society, for military and space applications.

The McGill team is proposing a new design method for synthetic dermal protection inspired by alligator gar skin and using a flexible electronics manufacturing technique.
With this technique, high-purity alumina (Young’s modulus equal to 300 GPa) can be used in overlapping scales on a flexible silicone membrane. The thickness of the ceramic plate is 0.6 mm. When arranged according to the geometrical configuration of fish skin, the ceramic lamellae will offer the same strength and the same flexibility as its keratin scales. The geometrical and mechanical calculations carried out by the team have brought two important parameters to the production of this three-dimensional texture, namely the scale ratio between the lamellae and the surface covered, and the interaction between the lamellae in response to membrane movement and external blows.

This study was funded by the Natural Sciences and Engineering Research Council of Canada and the Fonds de recherche du Québec “Nature et Technologies”.