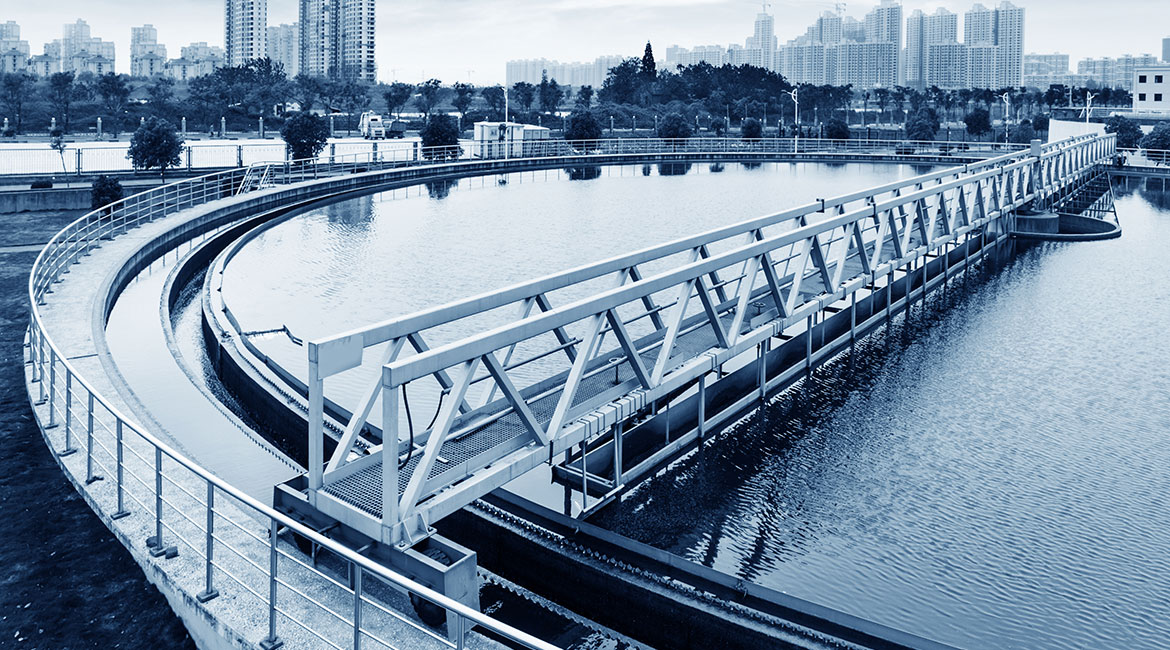 A microbial fuel cell is similar to a conventional alkaline battery, in which electrons circulate between an anode and a cathode during the redox reaction process. The microbial fuel cell, however, also contains microorganisms that are fed by an organic substrate and that act as a catalyst for the redox reaction. While producing electricity, this fuel cell has the added advantage of degrading organic matter (Tribot, S. 2012)

Although promising, the microbial fuel cell is difficult to operate and optimize. Like any biological system, the dynamics are complex and slow to respond. Furthermore, the substrate concentration at the entry point can often vary, which has inevitable repercussions on the amount of electricity generated. Finally, the microorganisms must be supplied with a constant food source in order to stay alive. This issue is being addressed by Lyne Woodward, professor in the Department of Electrical Engineering at the École de technologie supérieure (ÉTS) and a GREPCI member since 2010. 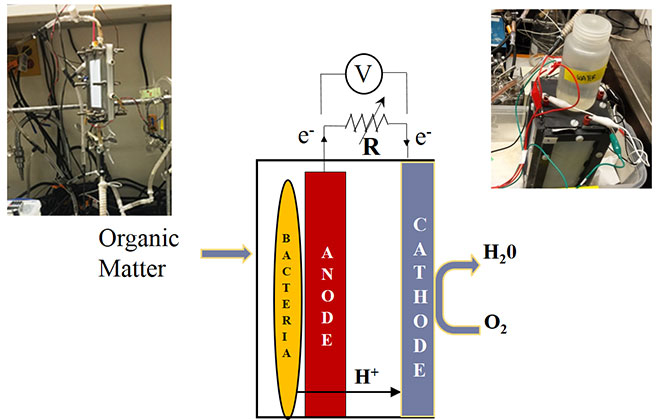 Professor Woodward specializes in the field of real-time process control and optimization. The goal is to get a system to work optimally at all times, despite disruptions that may occur. To address the complex dynamics of the microbial fuel cell, Professor Woodward uses so-called “non-model based” methods. The approach followed by the system is therefore dictated by measurements, rather than by a mathematical model.

An example of these methods is the extremum seeking control. The method involves disrupting the system and measuring the resulting power gradient (which takes a long time to establish) and then pushing the system so that this gradient returns to zero through a feedback loop. Considering that the substrate concentration varies but can be measured, the idea is to use a neuron network to estimate, based on the history, the relationship between the substrate concentration and the optimum operating conditions, thereby anticipating the maximum power output zone. The controller would have nothing left to do but to refine the estimate (Attarsharghi et coll., 2012).

Other Aspects of the Research on Microbial Fuel Cells 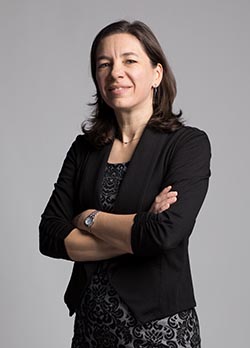 Microbial fuel cells are currently being studied at a laboratory scale. As a result, they generate very little electricity (a few milliwatts). Consequently, converting this electricity must be as efficient as possible. Commercial converters offer several features that, although interesting for some applications, result in losses that cannot be acceptable for microbial fuel cells. Professor Woodward’s work also involves this aspect.

Another objective for the professor is scaling the microbial fuel cell, although much research remains to be done to achieve this goal. Larger fuel cells could be incorporated into wastewater treatment plants, in order to reduce electrical costs.

Microbial fuel cells could also be used as biosensors. Measuring the electrical performance of the power cells could provide indications on the health of rivers in remote areas. The small amount of electricity produced would be enough to transmit the data to remote monitoring centers.