Flying Cars: the Xplorair - By : Substance, 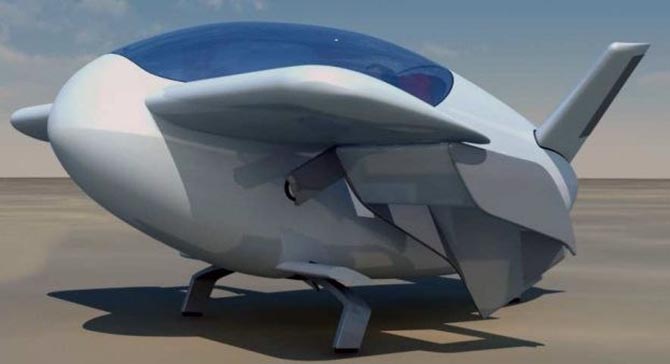 Who has never dreamed of escaping traffic jams by flying aboard their car? This is the last of five articles in which the history of flying cars is told in pictures and videos. This is a presentation of the most innovative prototype, and follows the previous articles below: 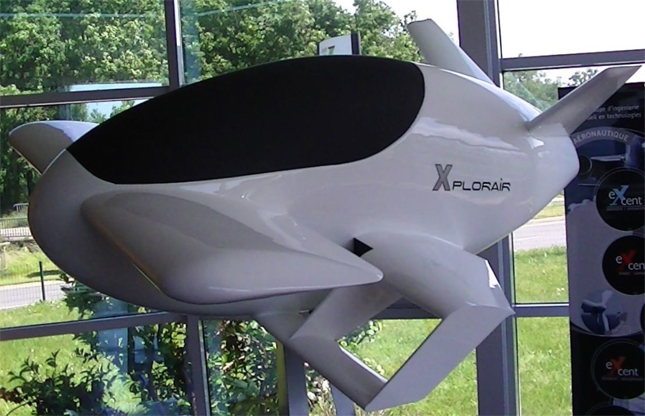 We saved the most innovative prototype for last, even if it goes against the chronological order of these articles. This is a totally different flying car. In fact, it is neither car nor plane. Called the Xplorair, it is part of a new class of flying vehicles called “personal air vehicles” (PAV). NASA developed this type of vehicle in 2003. The photo above shows a half-scale mock-up of the Xplorair PX200 displayed at the 2013 Paris Air Show. The consortium of companies behind this prototype plans to do a flight demo with a full-size prototype at the 2017 show in Paris. Even though it will be equipped with a seat, it will be controlled remotely and fly without a pilot. The demonstration may resemble this simulation:

This personal air vehicle looks like something straight out of a science fiction movie or an animated film. And yet, it means business. It is backed by a wide range of European aerospace and aeronautical firms, including Dassault Systèmes, EADS Innovation Works, MBDA, Altran Technologies, Sogeti, Turbomeca, COMAT Aerospace, and Institut Pprime.

This machine offers vertical takeoff and landing (VTOL) and is powered by thermoreactors: 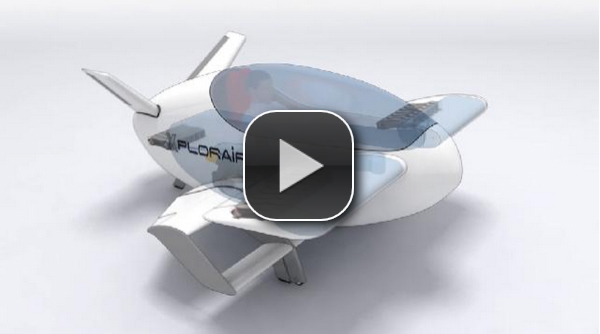 This PAV is truly spectacular. While it may not be your best mode of transportation when running out for milk, it is great for long distances. In fact, it may revolutionize air travel and even replace inter-city train travel for more affluent travellers. The one problem with it is that it requires 14.7 L of fuel per 100 km (16 mpg)—and that is just for one person. Even by 2016 standards, it is way too much. But we are willing to bet that within the next few years it will be powered by electricity or alternative power sources.

As to safety issues, autonomous driving systems are quickly being fine-tuned and may become a good solution for personal and group travel within a few years. Self-driving vehicles may then be the norm.

Will these flying cars mark the end of road vehicles? Only time will tell. But if you could buy a four-seater PAV for the cost of a car and take off right from your driveway, what would be your choice?