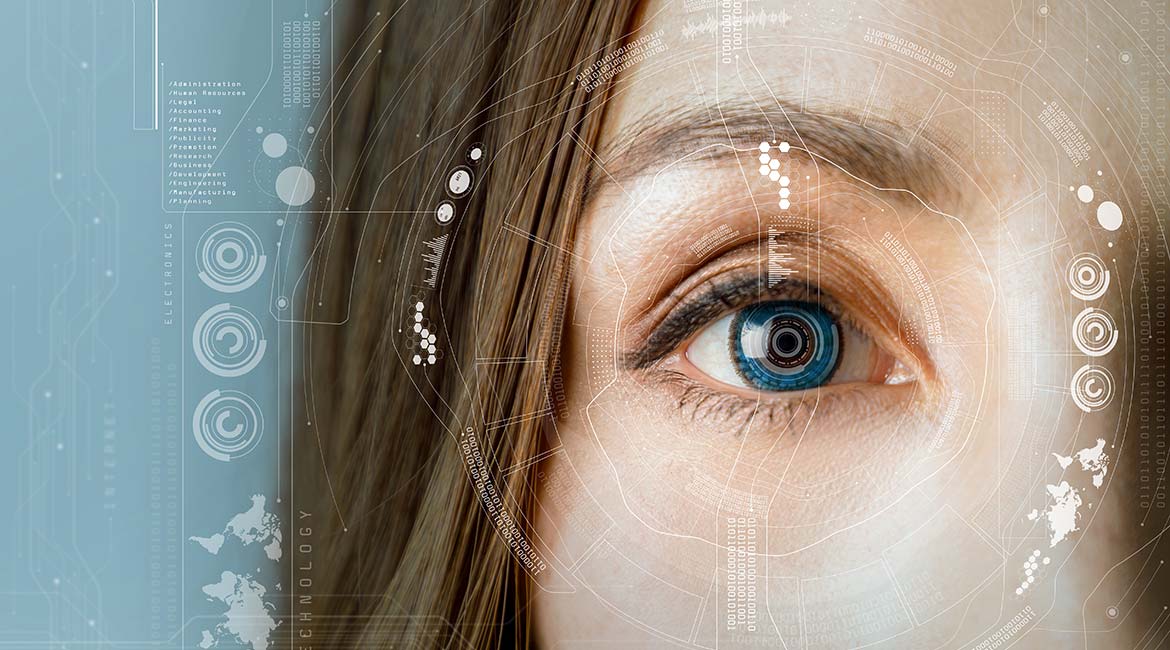 More than 100 patients worldwide are now wearing a bionic eye. Prosthetic technologies provide a glimmer of hope for people with severe disabilities and vision problems. Lighter and more discreet devices are being developed to help recover better vision and achieve an adequate degree of autonomy. The Optics Department of the Institut Mines-Télécom Atlantique (IMT), in Brest, headed by Professor Jean-Louis de Bougrenet de la Tocnaye, in collaboration with the Flexible Electronics Department of the Centre Microélectronique de Provence Georges Charpak, in Gardanne, headed by Professor Thierry Djenizian, have designed a groundbreaking eye device.

Jean-Louis de Bougrenet de la Tocnaye explains: “This first achievement is part of a larger and very ambitious project to create a new generation of eye-tracking devices linked to the emergence of augmented reality helmets, which are giving rise to new uses—man-machine interface, cognitive load analysis, etc.—opening up huge markets, all while imposing higher degrees of precision and integration.” [1].

With its microbattery and eye-tracking device, this innovation targets several applications, namely connected objects, preventive vehicle safety and healthcare, and communication technologies. The device, encompassing several technological research projects, acts like an eye tracker, i.e. it can detect, record and analyze a person’s ocular activity. An eye tracker includes sensors, and is usually integrated into a helmet or a pair of glasses. As shown in this video, a contact lens created by psychologist Edmund Burke Huey in the late 19th century—used to study a reader’s eye movements—is the ancestor of this technology.

More than a century later, the eye tracker proposed by the medical branch of IMT’s Optics Department is embedded in a scleral lens. The lens is wider than a standard contact lens and is placed on the sclera, the white part of the eye. It should also be mentioned that the scleral lens is indicated for a wider range of eye problems. Positioned directly on the eye, the tracker shows greater precision, while being more comfortable for the user. Thierry Djenizian, who was also working on flexible electronics at the Centre Microélectronique de Provence, has joined the project, which has resulted in a new generation of autonomous lenses equipped with a microbattery.

The lens includes a radio frequency transmitter, eye-tracking photodiodes and an ASIC (Application Specific Integrated Circuit) for the pre-treatment of gaze direction. The microelectronic components and microbattery are placed in front of the iris, away from the area of the pupil that receives light rays. A partnership with LCS (contact lens manufacturer) made it possible to encapsulate the components in the lens.

The battery proved itself by powering an LED for several hours. It measures 0.75 cm² and has a new design. “Usually, flexible batteries are made up of electrodes interconnected with stretch coils that simply collect current. Our innovation is to use the entire surface area of the coils by adding microelectrodes directly onto these interconnections,” says Thierry Djenizian [3]. This configuration makes the battery more flexible, one of the major challenges of the project.

The teams are working on several aspects to improve the resistance of the lens’s electronic components and to propose new functions. In addition, IMT Atlantic and the Vision Institute are looking into creating a device to correct sensory disabilities of people with visual impairments.