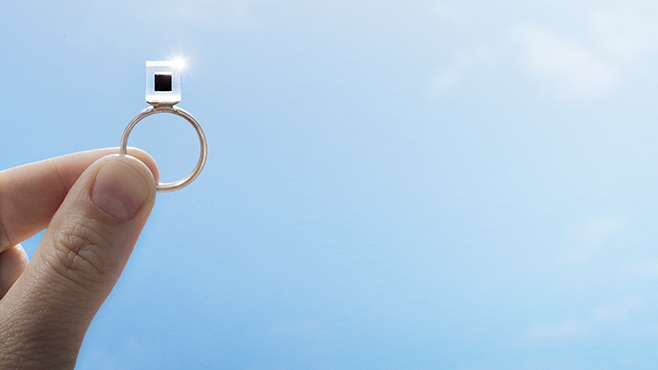 Architects and designers are becoming increasingly involved in the fight against air pollution. The solutions created for this purpose are symbiotic and autonomous. The objects presented here all share immanence and contextuality in the way they work. How do open air emission control nano-technologies bring new perspectives to architectural design? And how does this reinvent the urban mapping in specific areas?

Reduction strategies regarding polluting emissions – caused mainly by land transport and industry – require planning and territorial management tools. The Smog Free Tower, designed by Dutch architect Daan Roosegaarde, offers an immediate solution to highly polluted cities like New Delhi and Beijing. Note that the term smog is an English neologism formed by the words smoke and fog, which means a mist composed of smoke, ozone, and polluting atmospheric particles. Smog is the sign of a pollution situation that has reached alarming levels. 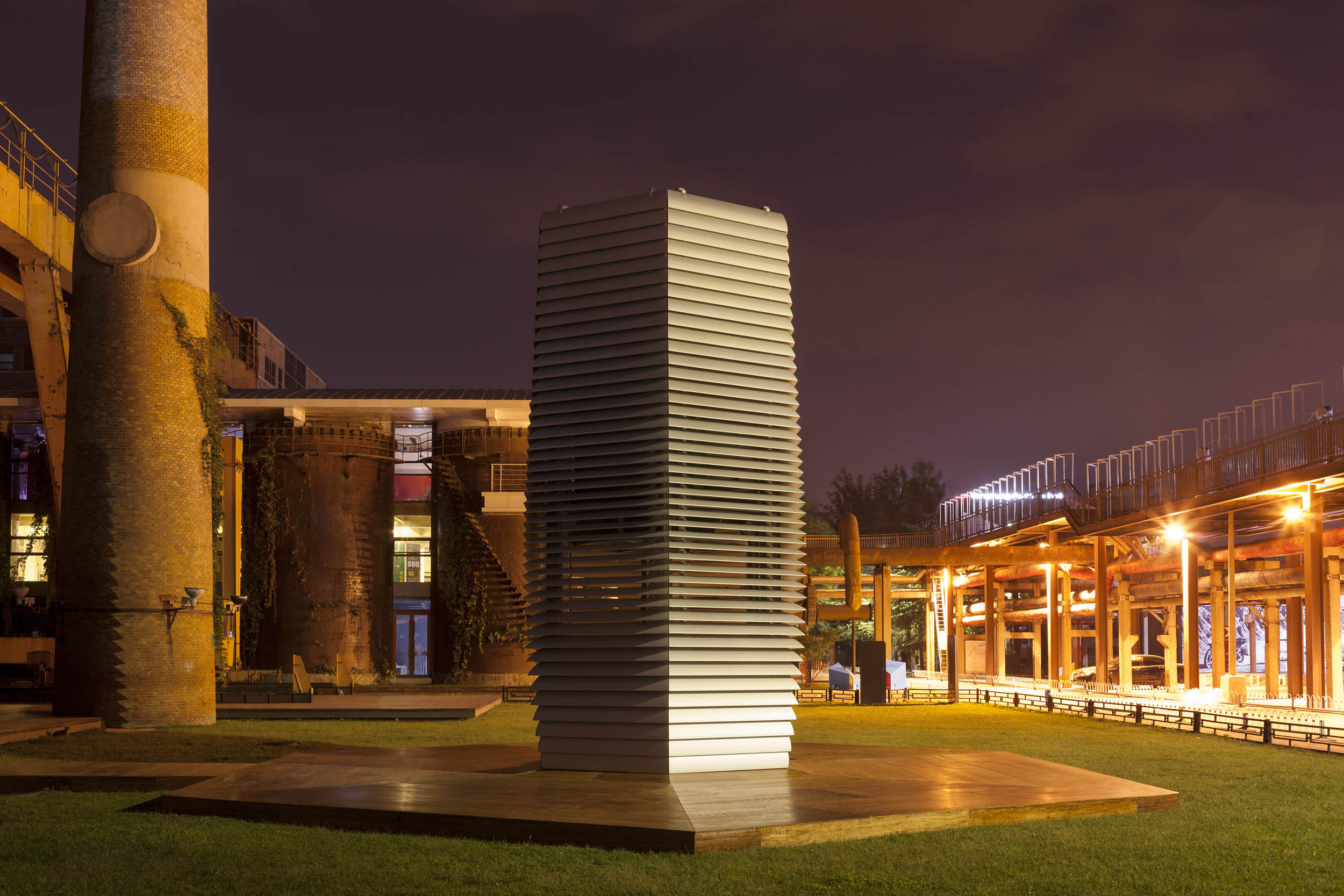 The Roosegaarde studio Tower creates a 75% clean air zone around it. The architect used the cleaning filter system known as the “Particulate Matter Removal System“, invented by Bob Ursem, the nanoparticle specialist at the Delft University of Technology. Measuring 7 meters high by 3.5 meters wide, the hexagonal tower opens out its facets to suck in the surrounding air and blow out clean air. The electromagnetic device installed underground attracts heavy fine particles. The lighter particles are discharged 15 km above the tower. The system can purify 30,000 cubic meters of air per hour and consumes very little power (1400 watts). By creating a clean air bubble, the Smog Free Tower is a new type of urban micro-intervention combining the function of meeting place with pollution control. 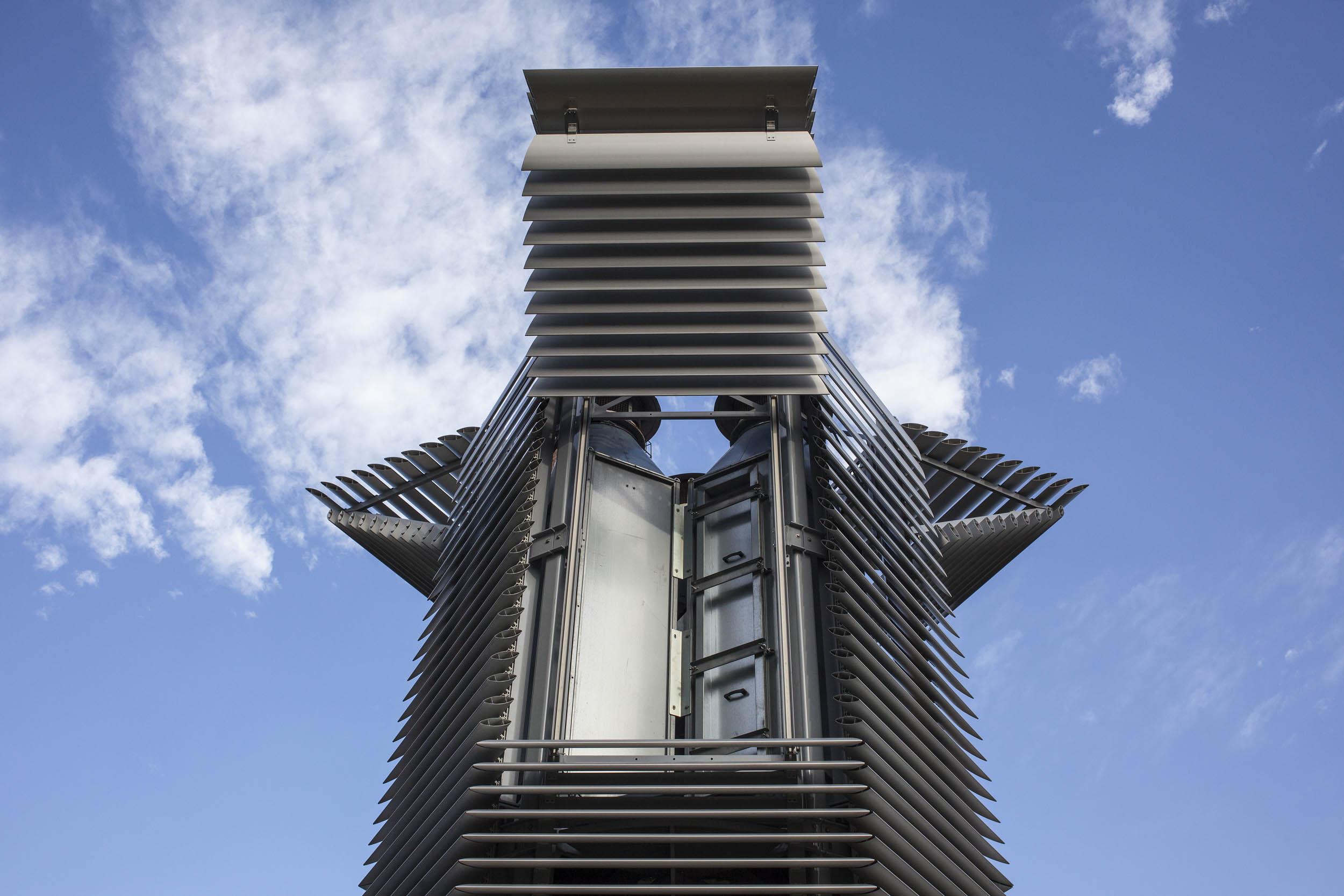 To address the issue of the filter’s cost which, according to Ursem, varies from €1,600 to over €118,000 (US$1700 to US$130,000), Roosegaarde came up with an environmentally conscious entrepreneurial concept. The dust collected in the filter was used to make rings sold for a crowdfunding campaign. The tower and this jewelry, made from an unexpected recycled material, launched their tour of the world’s major cities. The first Smog Free Tower was unveiled on September 29, 2016, in 751D Park in Beijing, an industrial brownfield converted into a cultural complex.

You would never guess that the curtain wall facade of the Manuel Gea Gonzalez Hospital, in Tlalpan, Mexico, is in fact an air filter. Up close, the organic design is captivating, with its sculptural details inspired by nature’s own fractals. Each tile that makes up the grid plays both an aesthetic role and a structural role and contributes to the overall decontamination system. 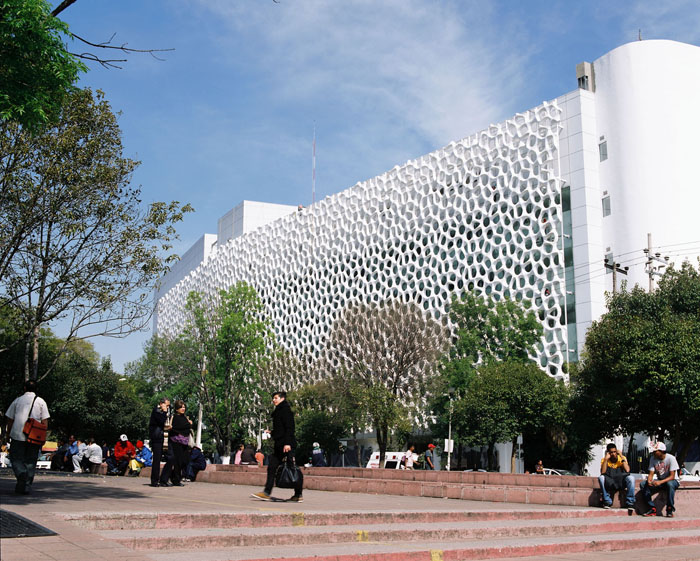 The facade of the Manuel Gea Gonzalez Hospital, in Tlalpan, Mexico 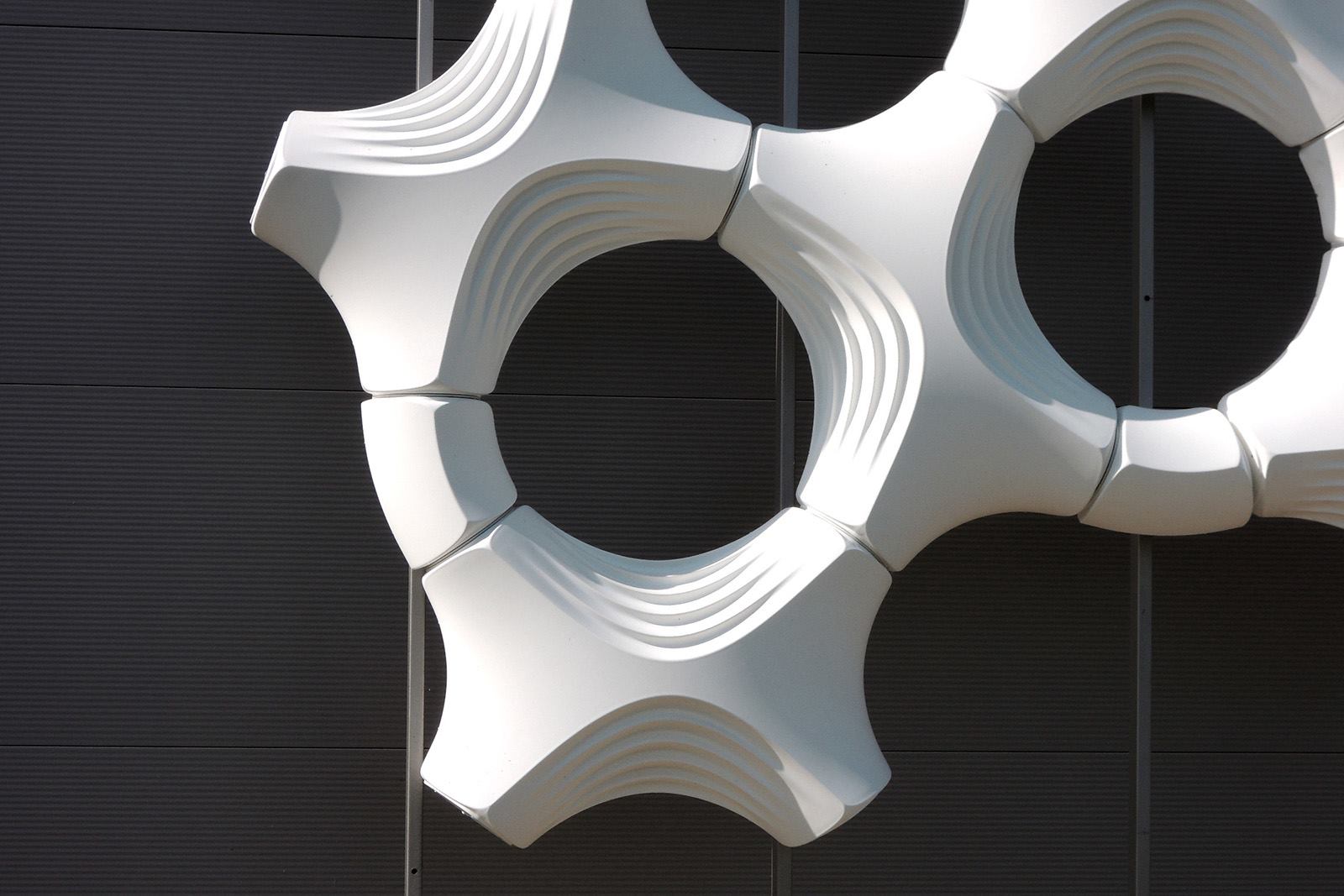 The prosolve370e tiles are created by the German design firm, Elegant Embellishments. These ABS plastic modules are coated with a very thin layer of self-cleaning paint made of titanium dioxide (TiO2). Exposed to natural or artificial light and air humidity, the TiO2 is involved in the disintegration of pollution particulates like nitrogen oxides (NOx) and volatile organic compounds (VOCs). TiO2 forms a hydrophobic layer, that is, that it condenses water droplets on the surface which, in turn, retains dust particles. Then, light neutralizes the embedded particles. This is known as the lotus effect.

Inspired by the self-cleaning ability of the lotus leaf surface (characterized by its nanoscale roughness), several companies like Lotusan have been manufacturing multipurpose super-hydrophobic coatings since 1999.

Although these coatings are frequently used by the construction industry, the ingenuity of the prosolve370e tile lies in the combination of its material (TiO2) and its smart shape. The three-dimensional configuration of the tile allows for maximal light capture and de facto, continuous activation of the particle destruction process. In addition, the shapes of both tile modules allow for the design of semi-regular fractal surfaces that adapt to the various surface reliefs. The system can also be used indoors due to the lightness of the tiles and their ease of assembly. Prosolve370e tiles prevent dust from accumulating on urban and architectural walls and prevent harmful air from entering habitats; they reduce pollution mainly at the level of pedestrian traffic areas, given their proximity to buildings. 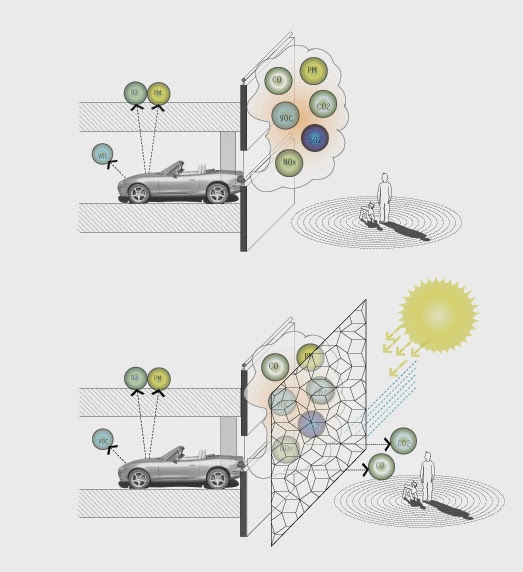 How the pollution-control curtain wall works