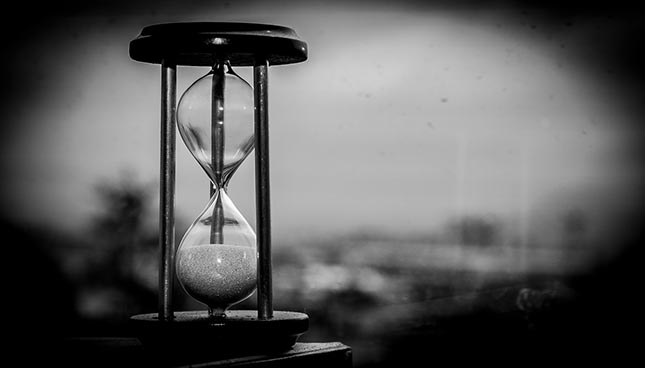 The latest advances in laser technology and spectrometry have made it possible to quantify the shortest time ever measured in a quantum state. Researchers were able to detect a delay of one billionth of one billionth of a second in photoemission by measuring the spin of the photoemitted electrons without using a clock.

Researchers who participated in this study are: J. Hugo Dil, Stefan Muff and Mauro Fanciulli from the Physics Institute of the École Polytechnique Fédérale de Lausanne, Henrieta Volfová, Jürgen Braun and Hubert Ebert from the Department of Chemistry of the Ludwig Maximillian University in Munich, Ulrich Heinzmann from the Faculty of Physics of the University of Bielefeld in Germany, and Jan Minár from the New Technologies-Research Center of the University of West Bohemia in the Czech Republic. Their research paper entitled “Spin Polarization and Attosecond Time Delay in Photoemission from Spin Degenerate States of Solids” was published on February 10, 2017, in the Physical Review Letters.

Certain materials emit electrons when they come in contact with light. In 1905, Albert Einstein earned the Nobel Prize with the discovery of this phenomenon, called photoemission. Photoemission is an important physical phenomenon used in advanced spectroscopy techniques to study the electron properties of a solid’s surface. Photons fired on a metal surface can detach and eject electrons from the surface: this is called the photoelectric effect. Photoemission is used to measure the energy levels and velocity of electrons within matter. The time measurement carried out by our researchers focused on a particular property of the electron, namely its spin.

Spin is the fourth quantum property of particles, and was discovered by Dutch physicists George Uhlenbeck and Samuel Goutsmit, in 1925. It is called the intrinsic angular momentum, because of the self-rotation property of the particle. An electron’s rotation axis is defined by a direction, whose alignment degree measurement is called the spin polarization.

Until now, the time scale in which the photoemission process takes place has not yet been explored in detail. The commonly accepted hypothesis is that when light reaches the material, electrons are instantly excited and emitted. However, more recent studies, using new spectroscopy technologies, showed a very short time delay, at the attosecond scale (10 -18 seconds), between photon absorption and electron release.

The team members advanced a new hypothesis stating that this delay can be resolved by correlating the spin polarization with the time delay of the photoemission. Indeed, they were able to explain this phenomenon on the basis of the concept called the Eisenbud-Wigner-Smith time delay, claiming that there is a delay between the moment when an emitted light wave touches a surface and the moment of its reflection. This phenomenon was observed by Newton in 1704, and demonstrated by Eugene Wigner‘s theory of diffusion, in 1955.

The researchers were able to calculate the time delay of the photoemission without using a clock. They used the spin- and angle-resolved photoemission spectroscopy (SARPES) method to measure the spin of electrons released by a copper crystal. With spectroscopic techniques such as SARPES, which use ultraviolet or X-rays, spin polarization and the energy emitted by ejected electrons can be detected, helping to determine their properties, and therefore the characteristics of the metal.

In quantum physics, the wave function makes it possible to determine a space and time probability of a particle’s coordinates. This function is probabilistic because particle behaviour is not as well-defined and specific as object behaviour in classical physics. Design equations such as the Schrödinger equation are used to conceptualize and resolve the wave function. Photoemission time and spin can also be described with the wave function (Paul Dirac introduced spin into the wave function equation; Schrödinger did not take this parameter into account). The researchers coupled predictive measurements of the wave function with SARPES measurements to determine time zero of the photoemission. They also used ultra-short laser pulses to measure the time delay of the reflected waves. The t-1 time of the photon-bombarded particle and the emitted time of the electrons was in fact calculated. Mauro Fanciulli pointed out that with this new method they could measure an infinitely small time scale that had never been calculated before.