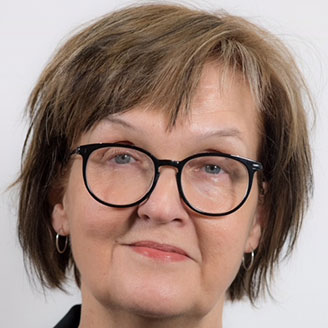 The featured image was purchased on Istock.com and is protected by copyright.

Estimation strategies based on machine learning techniques could prove to be very useful solutions for quickly determining the quality of transmission of signals before establishing a connection in increasingly complex high capacity optical networks. In this paper, we propose a bit error rate (BER) classifier based on the K-nearest neighbors (K-NN) algorithm, which was tested on field BER data collected in a 230-km optical link of the CANARIE network. Results show that classification accuracy increases up to 97.8% depending on the features used in the classification process. Keywords: Quality of transmission, machine learning, K nearest neighbors, bit error rate, cognitive optical network

Optical fiber communications have been implemented in the last decades to meet diverse user needs through services with ever-increasing speed, security and quality of transmission. However, the increasing traffic demand and service requirements puts an enormous pressure on optical networks which have to transport higher capacity channels over increasingly long distances (over 10,000 km). Therefore, it can be expected that the impact of performance degradations and link failures will scale with optical network capacity. In this context, one of the solutions is using cognition in optical networks.

A cognitive system—well known in radio networks—is an intelligent system that has the ability, based on its external environment and history, to make decisions in order to adjust its transmission parameters in relation to its current state [2, 3]. In other words, cognition allows the optical network to make the best use of its monitoring data through an observation and analysis phase. Subsequently, proactive decisions can be made based on predetermined performance objectives and machine learning algorithms.

In this context, we have proposed a bit error rate (BER) classifier based on the K-nearest neighbors algorithm (K-NN) for estimating the quality of transmission of an optical connection before its establishment in an optical network.

The BER data classification process was performed in three steps, as shown in figure 1.

First, the data analysis phase included a statistical analysis of collected BER data to determine the two main classes to be predicted, namely the class of “good BER values” and the class of “weak BER values”.

The second step was to implement the classifier using the K-NN algorithm and external factors that could affect the BER.

The third step made the performance evaluation of the classifier using two methods: splitting data into two groups (80% for training and 20% for testing the algorithm), and a 10-fold cross-validation. As presented in Table 1, the performance analyses were based on three scenarios: temperature and time of day (case 1); hourly average and maximum values of BER (case 2); and using all the parameters (case 3).

Case 3, taking into account the external factors and the statistical characteristics of the BER data, provides the best performance with the highest classification accuracy and the lowest percentage of false positives (i.e. the percentage of erroneous classifications as good BER).

In addition, although the best performance was obtained using cross-validation, the method based on data splitting is the one most suited for real-world applications.

We proposed a BER classifier based on the K-NN algorithm. Using the data’s external factors and statistical characteristics, this classifier made it possible to predict the data classes with 96% classification accuracy.

Because it is based on machine learning algorithms, this solution differs from conventional methods based on the predefinition of a BER threshold. It provides a rapid estimation of network performance through BER classification and could be useful as a performance prediction tool.

Stéphanie Allogba is a PhD student in the Network Technology Laboratory of the Department of Electrical Engineering at ÉTS. Her research interests focus on cognitive techniques and machine learning techniques in optical networks.

Christine Tremblay is a professor in the Department of Electrical Engineering at ÉTS, and founder and head of the Network Technologies Laboratory.