Have you ever been solicited to publish an article in a scientific publication with the promise that you will be published in an exceptionally short period of time? Or perhaps an academic publishing house offered to publish your doctoral thesis for free, and then widely distribute it in online bookstore catalogues? Did these opportunities strike you as too good to be true? 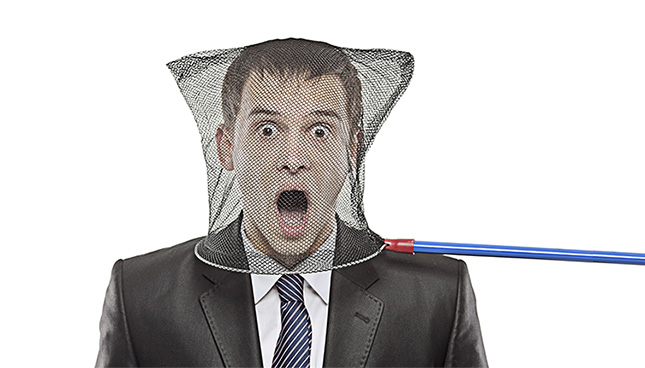 For several years publishers that could be considered “predatory” have solicited countless researchers. The researcher’s work is sometimes published under conditions that are not considered to be in accordance with standard scientific publishing. These solicitations are usually in the form of a flattering email, praising the researcher’s prior endeavors, followed by an offer to publish the researcher’s work (academic theses) at the publisher’s expense. These offers may seem attractive, but one must remain vigilant when such opportunities arise. Although they may not necessarily be fraudulent, these publisher’s practices are usually unconventional when compared to normal standards in scientific publishing, and they could damage the researcher’s credibility.

This article is in two parts and its main purpose is to inform you of these publishers’ practices and to suggest certain criteria or features that you can use to identify them. Part 1 will specifically deal with a type of publisher who uses questionable practices: the publishers of academic theses in book form. Part 2 will cover those publishers who peddle pseudo-scientific material.

The first type of publisher we will examine specializes in the publication of academic theses in book form. These publishing houses have names that appear to be legitimate, like Les Presses Académiques Francophones, Les Editions Universitaires Européennes or Lambert Academic Publishing. But these publishers actually skim databases that list academic theses to harvest the personal information of academics who were awarded diplomas. Then they contact them by mass mailing. They offer to publish theses for free, and then promise to widely distribute them in various bookstore catalogues online, while offering a royalty of 12% of sales to the author. These conditions may seem favorable, but there may be negative consequences.

First of all Les Presses Académiques Francophones, Les Editions Universitaires Européennes or Lambert Academic Publishing are in fact three of the twenty-four subsidiaries owned by the German consortium VDM; their business model is based on self-publishing (Couturier, 2012). In this business model, the author is responsible for the page layout of his work. This publishing house does no editorial work and simply prints out the work ordered. These books are then added in several online library catalogues, particularly in the publisher’s catalogue and on Amazon.com.

Visibility on the Web

The fact that a thesis can be found in many online catalogues does not necessarily mean that it has increased visibility on the Web principally because a large number of these works are published. As of January 2016, there were 3,159 titles published in the Les Presses Académiques Francophones catalogue, 15,186 in the Les Éditions Universitaires Européennes catalogue, and 110,418 titles in Lambert Academic Publishing’s catalogue! Furthermore, these works are sold for as much as $200, which is an obstacle that certainly affects its availability.

It should also be noted that all the academic theses consigned to ETS are freely available and accessible in the Espace ÉTS showcase, which serves to favour their diffusion and democratizes access to this knowledge base. Google search engines, Google Scholar, and OAlster, search this platform. ÉTS’ theses are also available on specialized databases like Theses Canada Portal and ProQuest Dissertations and Theses. Therefore there is no need for the reader to pay a high price to obtain the results of your research!

Royalties obtained from book sales are not particularly advantageous for the author. In fact, if the publishing contracts were carefully read, we’d learn that the author receives no royalties at all if the total amount of royalties is less than 10 Euros per month. Between 10 and 50 Euros per month, the royalties will only be paid in the form of credit, to be exchanged for publications from the publisher. Furthermore, once the many deductions are included, the author only receives 5% to 6% of royalties on the sale of his work (in contrast with the 12% mentioned in the contract edition) (Tamburri, 2013). The Catholic University of Australia has calculated that for a thesis sold at the average price of 80 Euros, one must sell about 11 copies per month for that author to be paid monetary royalties (Australian Catholic University, [2015]).

Finally, unlike traditional scientific or academic editors, these publishing houses are not subject to any editing procedures for manuscripts. In fact, publishing with one of these publishing houses brings no added value to your work. As a researcher it may even have a negative effect on your résumé, because it implies that you do not understand the peer review process system or its relevance.

It is also important to carefully read the publishing contracts offered by these publishers so that you can make sure that they don’t conflict with distribution licenses signed with ÉTS and Library and Archives Canada. Most publishing houses refuse to publish texts if they do not have exclusivity, including the publishers of scientific journals. That is why only theses that have undergone considerable editing have a chance of being published by a credible publishing house (Couturier, 2012; Dugas, 2014). Following the same line of thought, if a publisher already published a work in book form, another scientific journal may refuse to publish your work (Australian Catholic University, [2015]). So publishing with one of these disreputable publishing houses may certainly create an obstacle to dissemination in the future.

To conclude, the offers that are made by these publishers of theses are not illegal or fraudulent. It could prove to be interesting for a young graduate who wants to purchase a published copy of his thesis. However, this system will not facilitate increased visibility for the search results on the Web, nor will it bring in significant royalties on the sale of his work. It may even prevent him from publishing in certain scientific publications, or even damage his research credibility if the researcher’s ambition is to pursue a career in scientific research.

The second part of this article will focus on the more fraudulent practices of pseudo-scientific publications.

Marie -Renée De Sève Leboeuf is a librarian at the ÉTS and holds a Master’s degree in Information Science from the University of Montreal. Her work includes the training of students in documentary information retrieval.