World Record for the Longest Flight on Skateboard… Yes Flying! - By : Substance,

World Record for the Longest Flight on Skateboard… Yes Flying! 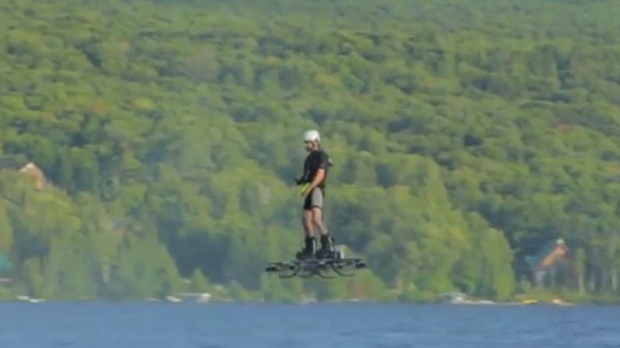 The film Back to the Future part II still inspires! A young Quebec engineer Catalin Alexandru Duru, realized a Guinness World Records titles for the longest distance traveled in hoverboard (flying skateboard). He covered 275.9 meters (905 feet) above the lake Ouareau in Quebec, Canada, on August 25, 2014, but the record has just been broadcasted by Guinness. It took a year to make this machine which consists of a combination of two big multi-copters capable of supporting the weight of a person.

For this young inventor, the adventure just begins. A new prototype is being testing and he hopes to launch the product by the end of 2015. All it needs is a name.
However, this hoverboard is not the first one. In October 2014, we presented you “Hendo Hover”, a floating skateboard based on electromagnetic levitation.