What is the Higgs Boson? - By : Darine Ameyed,

What is the Higgs Boson? 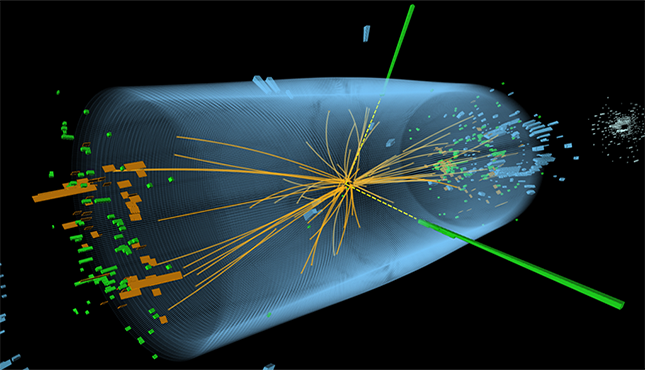 This Wednesday, March the 8th, the international women's day will take place. During the entire week, the Substance team has decided to pay tribute to the women in research by promoting a selection of articles written by women. We hope you will enjoy our selection. For the first day, we have chosen an article written in June 2015 by Darine Ameyed.

On July 4, 2012, the European Organization for Nuclear Research (CERN) announced this great discovery to the whole world. The ATLAS and CMS experiments, conducted at the Large Hadron Collider (LHC), confirmed the observation of a new particle whose mass is approximately 126 gigaelectronvolts (Gev) and whose characteristics are similar to those of the mythical boson. This was the first time this “missing link”, which was predicted by physics for over 50 years, was finally detected at the experimental level.

In this article, we will explain the theoretical concepts related to this discovery: What is the Higgs boson? What is the Standard Model? What is the Brout-Englert-Higgs mechanism? In a later article we will discuss the ATLAS experiment behind this precious discovery.

Figure 1. The difficulty to catch it…

A theoretical model, known as “the Standard Model of Particle Physics” (see the video below), was developed to describe matter and the forces acting on it, and was the product of a close combination of theory and experiment which, over the years, have helped to confirm and eliminate a variety of theories. It essentially states that all matter is composed of fundamental particles called leptons and quarks.

There are a total of 12 particles and 12 antiparticles (one antiparticle for each particle). All of these particles belong to a class of particles known as “fermions,” and interact with one another by exchanging other particles called “bosons”. 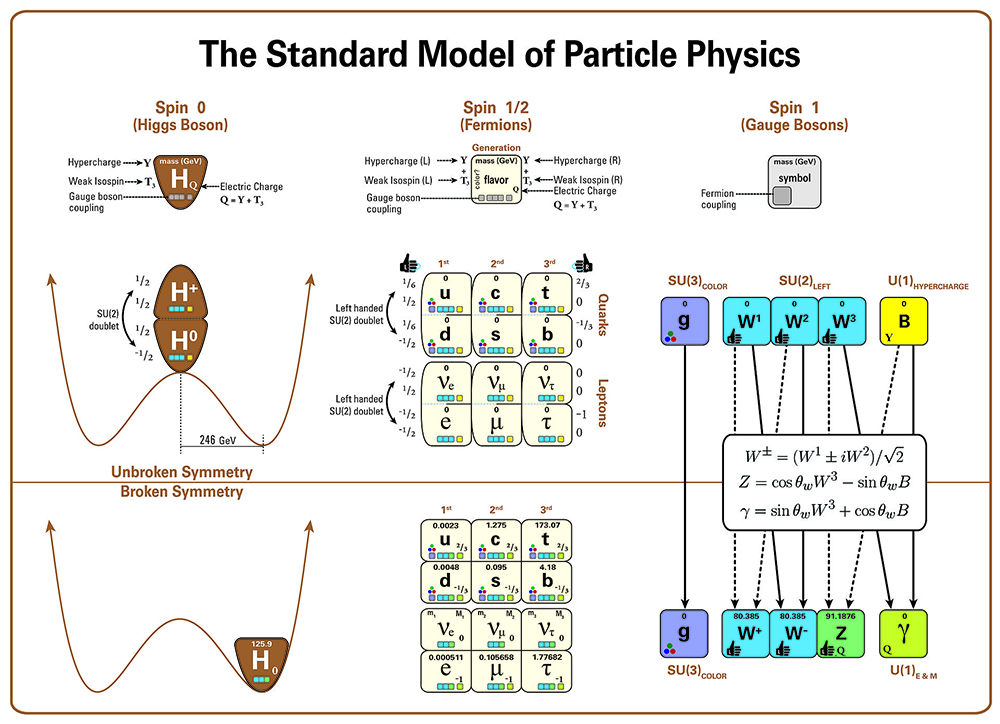 The Higgs field is associated with the famous Higgs boson. This allows the Higgs field to interact with other particles and allocate a mass. To better understand, the physicist and professor David J. Miller of the University of Glasgow in England proposes an analogy between the Higgs mechanism and a social evening.

Imagine an evening bringing together a set of evenly distributed people in a reception room chattering quietly: It is like a space filled with the Higgs field … 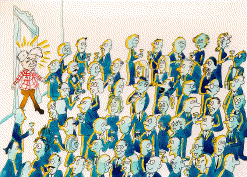 When a new person enters the room, the people flock around her. 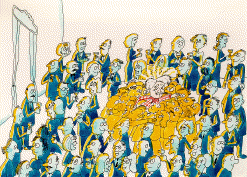 More that person is famous, the more it attracts people. Because of the number of people clustered around him, he acquires a mass greater than normal. This mass prevents him to move easily across the room similar to a particle moving through the Higgs field.

if a rumor crosses the room… 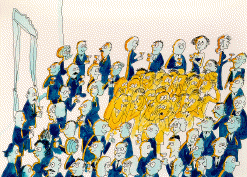 … it creates the same kind of clustering, but this time among the people themselves.

Particle accelerators and detectors are two very important tools used in particle physics. An accelerator, such as the LHC, accelerates protons to produce new particles which appear out of the energy released when they collide. In this experiment, 2 bundles of protons are accelerated around an underground ring to reach an energy level of 4,000 GeV, and 4 large detectors in the LHC’s 27 km oval circuit are used to detect the particles produced upon their collision.

When the particles collide, the detector acts like a giant camera whose images can be used to reconstruct the initial event. Atlas and CMS were installed in the ring at the points where these bundles collide in order to capture all of the particles produced. By analysing their energy, direction and identity, the scientists were able to detect the existence of the Higgs boson. 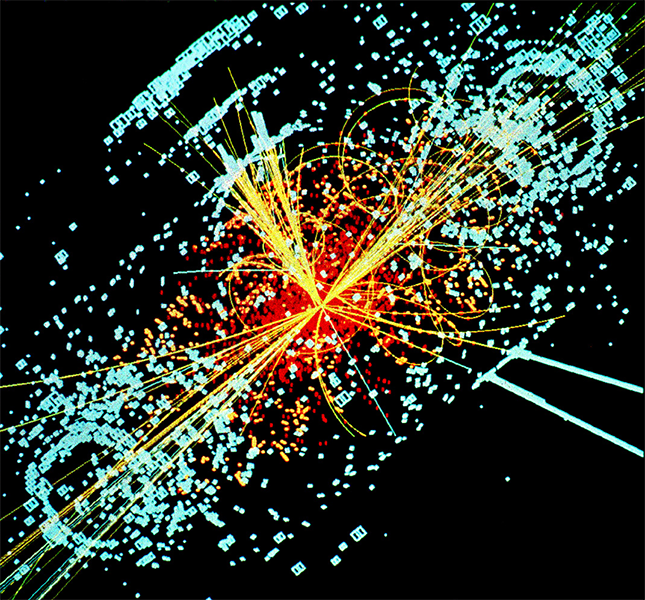 The Importance of the Higgs Boson

Until now, the Higgs boson was a very important missing link. Its discovery completes a theory, and explains and proves a mechanism by which all fundamental particles acquire mass. As a result of this discovery, we have a much more precise understanding of how matter comes into existence. The Higgs boson was the final missing piece of the Standard Model used in particle physics as well as the key to understanding the entire universe.

In a future article we will discuss the importance, applications and advancements of the discovery of the Higgs boson with Madame Pauline Gagnon, a physicist and researcher working as part of the ATLAS team at the CERN. She was our guest at l’École de technologie supérieure (ÉTS) where she presented a lecture on the boson in a science popularisation conference and launched her new book titled What does a Higgs Boson Eats During the Winter and Other Essential Details.