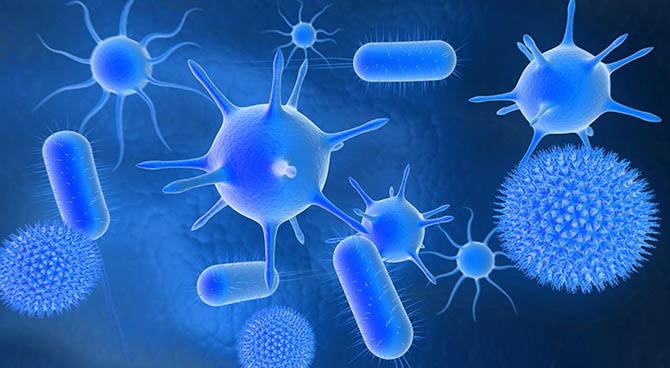 Light has a sterilizing power that is constantly being used to decontaminate environments and objects. Danish physician Niels Ryberg Finsen (1860-1904) was the first to discover the effect of light radiation exposure on harmful micro-organisms. Since then, germicidal lamps, sterilization stations and reactors have been invented to disinfect water, air, laboratories, medical equipment and so on. As for water purification by ultraviolet light, the devices currently used are certainly effective, but their weight, bulk and cost reduce their usage potential. The technology we are presenting, resulting from research in nanophotonic engineering, will allow for the creation of lightweight and inexpensive water decontamination devices.

This is how pathogen inactivation by ultraviolet rays works. When exposed to ultraviolet light, bacteria, viruses and protozoa are unable to infect another organism and to reproduce. Indeed, the specific ultraviolet wavelengths, ranging between 200 and 300 nanometers (10-9 meters), can degrade the nucleic acids of the micro-organisms by causing the formation of new bonds between adjacent nucleotides, generating double bonds or dimers. The formation of many thymine dimers in the DNA of pathogenic organisms annihilates the replication process and, thus, their ability to infect. Ultraviolet light, which is even capable of destroying chlorine-resistant organisms like protozoa, represents a very important health and environmental benefit in water purification because it can replace chemicals and avoid their disadvantages. It should be noted, for example, that heavy exposure to chlorination by-products is believed to cause cancer and induce miscarriages. 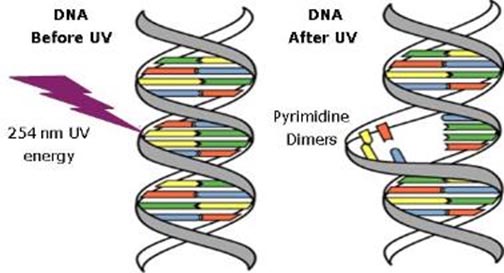 Systems that sanitize water with light are equipped with mercury vapour lamps. These have three disadvantages that prevent the creation of lightweight mobile devices to decontaminate water in humanitarian and military actions:

The research on the UV-LED creation, published in the journal Applied Physics Letters, by Brelon J. May, A.T. M. Golam Sarwar and Roberto C. Myers, entitled Nanowire LEDs grown directly on flexible metal foil, will broaden the industrial scope of disinfection by light. This type of LED generates ultraviolet light with long wavelengths, i.e. UVAs, ranging between 400 and 315 nanometers. This level of radiation makes it possible to avoid micro-organism regeneration, which can occur in the event of low UV emission doses. These UV-LEDs are made of a semiconductor metallic substrate. 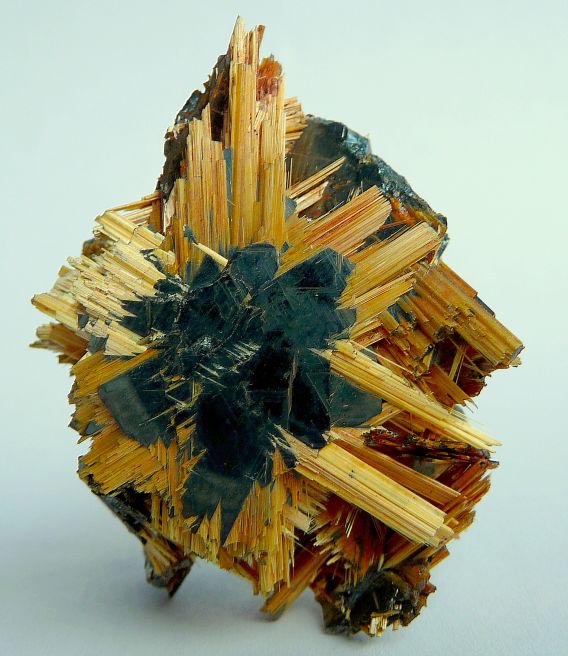 Roberto C. Myer, Associate Professor in the Materials Science and Engineering department noted that other research groups produced UV-LED just as powerful and effective. However, because they use rigid monocrystalline semiconductors as substrate, their solution is industrially very costly.

The Ohio State University technology is based on a technique that makes it possible to produce conductive substrates on a nanoscale level. This is the semiconductor growth technique known as molecular beam epitaxy, whereby vaporized elementary materials are deposited on a surface and self-organize in layers or nanostructures. Engineers used this technique to grow a tightly meshed mat of aluminum gallium nitride wires on pieces of foil sheets such as titanium and tantalum. The cultured threads are about 200 nanometers high and 20 to 50 nanometers in diameter, thousands of times thinner than a human hair. In laboratory tests, these nanowires emit a light almost as bright as those manufactured on monocrystalline silicon, which is more expensive and less flexible.

According to Brelon J. May, their technology has paved the way for scientific studies in nanophotonics for industrial applications given that the manufacture of components that produce, process or convert optical signals at the nanoscale level has always been considered to be a complex operation.