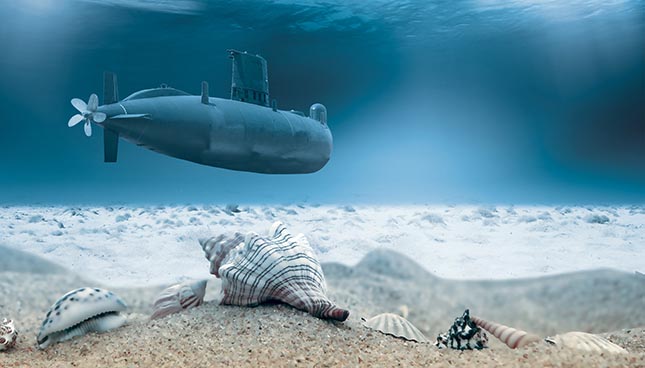 Autonomous Underwater Vehicles (AUV), called “unmanned underwater vehicles” (UUV) in the military, have been studied in many fields for a decade. These devices are particularly useful in environmental, archaeological, scientific and underwater surveillance missions.

Most UUVs use lithium batteries, with several disadvantages. These batteries catch fire easily and, consequently, are usually not shipped by aircraft. Furthermore, their energy density is limited, requiring the presence of crews at sea following the UUVs and recharging them as necessary. For example, the Malaysian crash in 2014 saw UUVs deployed to search for debris that could only operate at sea for a very short time because of their limited power supply and limited budget. In addition, the batteries must be encased in hermetically sealed, pressurized metal shells, increasing the UUV weight and energy requirements.

The start-up company OpenWater Power (OWP) has developed a new generation of aluminum-water batteries for underwater vehicles. Manufactured and patented by its founders at the Massachusetts Institute of Technology (MIT), these batteries provide secure, scalable and nontoxic energy storage with extremely high energy density, promising maximum autonomy for UUV submersible robots. OWP was founded by researchers, most of whom are graduates of MIT. Their clients include the US Department of Defense.

The batteries created by this company will allow UUVs to dive deeper and for longer periods to explore ships or map the seabed. They could also be used for offshore oil exploration and various military applications.

Thanks to this power system, UUVs no longer need any support, opening up new opportunities and reducing expedition costs. UUVs currently used for oil exploration in the Gulf of Mexico need to stay close to the shoreline, covering only a few areas. The UUVs operated by OWP could cover hundreds of kilometres and return before they need a new power system, thus effectively exploring all the target deposits.

OWP is currently working with the US Navy to develop batteries for acoustic sensors designed to detect enemy submarines. This summer, the company will also launch a pilot project with Riptide Autonomous Solutions, using UUVs for submarine surveys. Riptide’s UUVs can currently travel approximately 100 nautical miles. With the new OWP concept, the company hopes to achieve the autonomy of 1,000 nautical miles.

An electro-chemical system based on water and aluminum

The battery consists of three main components: an aluminum anode, an aqueous alkaline electrolyte and a cathode made of nickel alloy. How does this technology work? 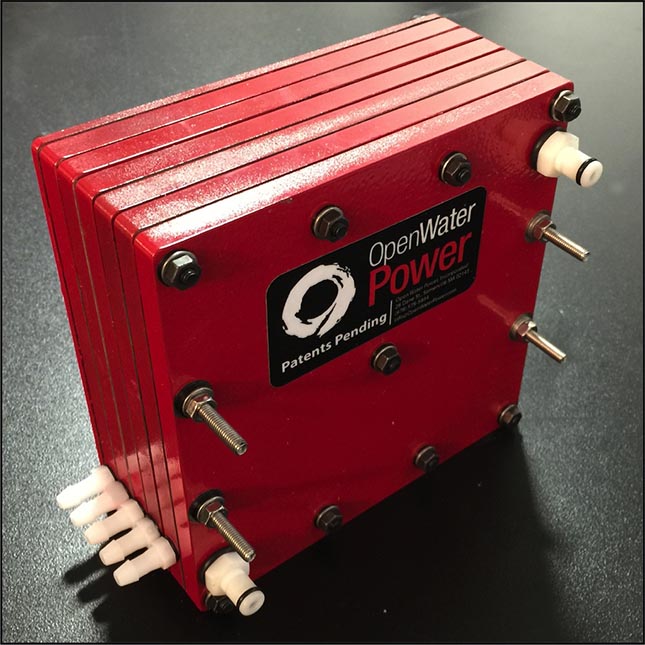 The challenge for this research has been to create electrolytes and alloys that avoid depositing released aluminum hydroxide on the surface of the anode, which inhibits any reaction. To do this, the researchers used a pump to circulate the electrolyte, i.e. potassium hydroxide dissolved in seawater, effectively preventing aluminum hydroxide deposits on the surface of the anode while directing it to a foam rubber collector. The foam rubber can in fact attract and hold a lot of aluminum hydroxide. When the collector is saturated, the battery ejects it and replaces it with another that is kept in a compressed state in an adjacent compartment. Each battery contains enough collectors to continue operating until the anode runs out. Also, the electrolyte prevents the development of marine organisms inside the power supply system.