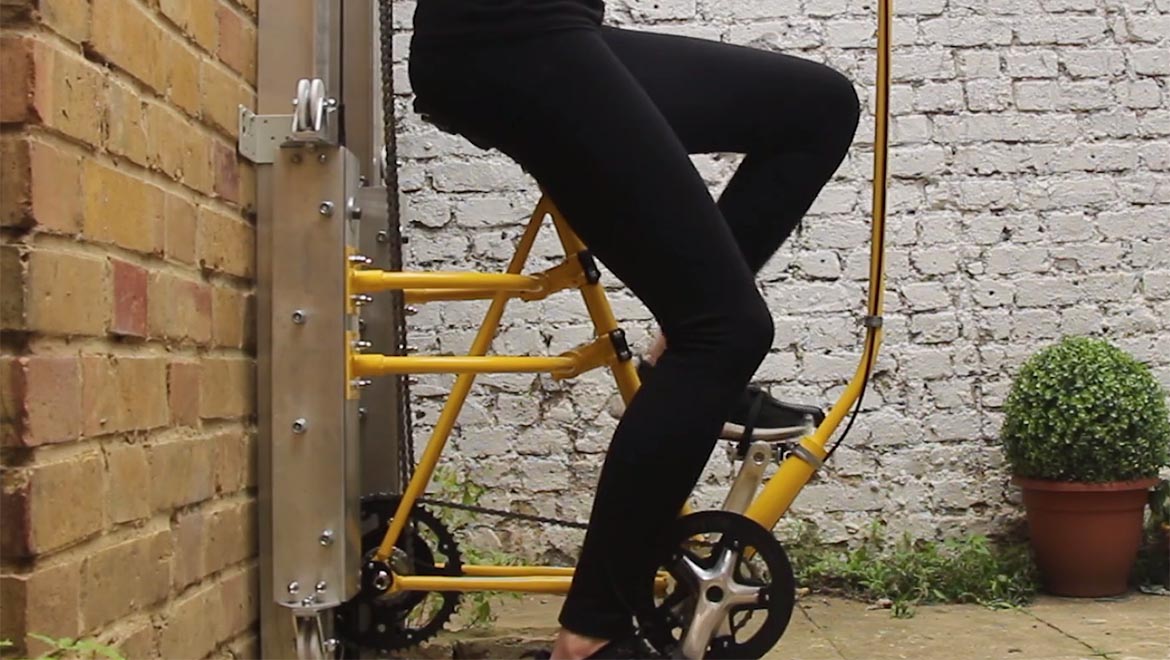 The featured image is form the Vycle web site. No known copyright restrictions.

The Vycle is a new elevator concept proposed by architect Elena Larriba, who also holds a graduate degree from the Royal College of Art in London. Moving lifts usually requires electric motors coupled with cables, pulleys and counterweights, drum winches or hydraulic piston cylinders. The lift mechanism is chosen according to the desired characteristics of the elevator, such as the number of floors to reach. These systems require considerable space in a building and it takes a lot of energy to operate them. Using the stairs is always the most ecological option; it is also a physical exercise. However, when you have to go up five or ten floors, the elevator is the fastest option (and the least exhausting!).

The Vycle is a new solution that allows moving between floors in any building without electricity. It consists of two different sections: the first looks like a traditional bicycle with its handlebars and pedals (reminiscent of stationary bikes of the ’80s—see image below!), and the second is the gear system. 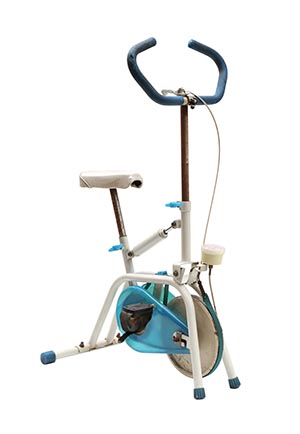 Unlike a traditional bike, the gear system is not connected to a wheel, but to a vertical chain. This chain is part of the second section of the Vycle, in addition to vertical beams supporting the bike structure and the counterweight. Pedalling drives the bike chain connected to the gear system, which activates the vertical chain to go up or down. Going up or down several floors can be done quickly while performing a physical activity of reasonable intensity. The video below shows how the Vycle works.

The main advantage of the Vycle is that it does not require much space, unlike conventional lifts. Also, the only form of energy that it needs comes from the user. The Vycle can be used not only in buildings, but also in cranes and scaffolding, as shown in the video below.

Notwithstanding this innovative idea, building elevators cannot be replaced by the Vycle. Elevators allow people with reduced mobility to move around and also facilitate access to emergency services. Just for fun, imagine that ÉTS (or another establishment) replaces the current elevators with several Vycles. Just think about the lineups to go up or down during morning and evening rush hours, and lunch time! The stairs would probably be faster. However, the idea of using the Vycle for construction projects could be a viable and rather interesting solution.