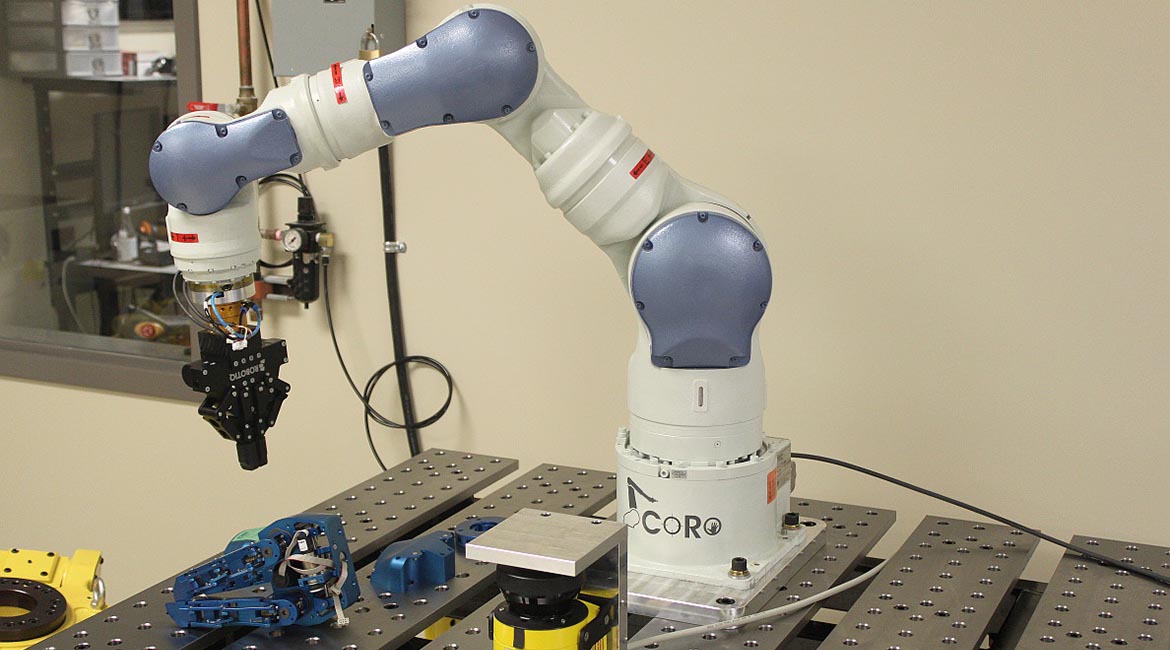 Recently, we published Bringing Accuracy to Industrial Robots, an article that presented the research activities of Ilian Bonev, ÉTS Professor in the Automated Production Engineering Department, as part of the Canada Research Chair in Precision Robotics. This article presents Professor Bonev’s other research activities:

Most industrial robots have serial kinematics. In a serial robot, segments are connected by motorized joints, in series. The disadvantage of a serial architecture is that each motor carries the weight of the segments and of the other motors located farther toward the extremities.

Conversely, parallel robots are made of several series of segments, mainly connected by non-motorized joints. These robots, not as common in industry, have the advantage of being able to lift much heavier loads than serial robots. 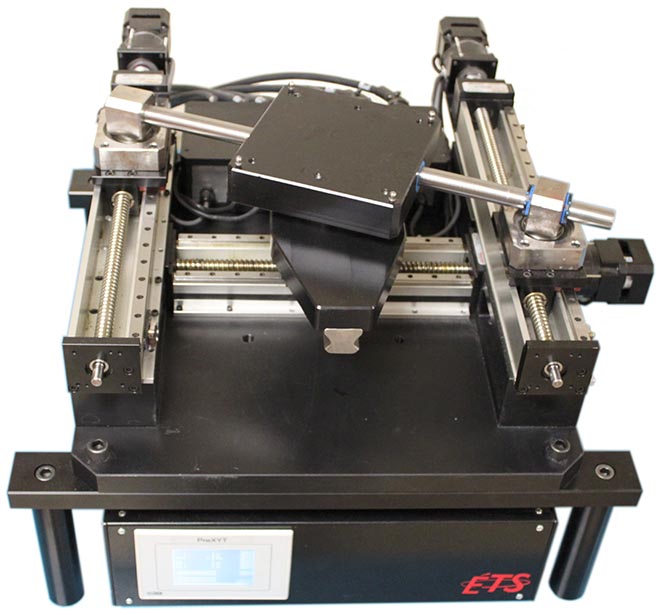 Traditional industrial robots are accurate and fast, but also dangerous. They are kept behind safety barriers, which generally precludes direct operator interaction while in operation.

Since it is too difficult to fully automate some tasks, especially in SMEs, a new type of safer robot has become increasingly popular during the last few years: the collaborative robot, also called cobot. These robots are designed to work without barriers, close to humans. As they are mainly used in SMEs, it is to our advantage that their programming be made easy, but also to ensure that they are truly safe once implemented.

These robots raise many questions in terms of safety. Zero risk does not exist. What risks are we willing to accept and which do we deem unacceptable? It is difficult to know where to draw the line. Professor Bonev is analyzing the risks inherent to these robots in order to issue recommendations for use.

Video 2 Risk analysis of a Universal Robots UR5 Robot

Currently, he is developing another interface using the HTC Vive virtual reality device:

Finally, Professor Bonev is working on the use of a KUKA collaborative robot that performs automated ultrasounds (video to come).

To enhance teaching in the Industrial Robotics course, Professor Bonev and one of his graduate students designed 3D simulation software, RoKiSim. This software was later used as the basis for creating a powerful offline simulation and programming software, RoboDK:

This software also offers the possibility of calibrating a robot using a laser tracker. It is already in use in dozens of companies all over the world.

Initially, Mecademic was created by Professor Bonev and one of his students, Jonathan Coulombe, to market the DexTAR robot. The target market was academia. Jonathan Coulombe quickly realized that the industrial market offered more growth potential, and launched Mecademic’s flagship product, the Meca500. This extremely small, compact and precise six-axis serial robot arm is also very user-friendly. The Meca500 is already used throughout North America, Europe and Asia for applications as diverse as watchmaking, animal surgery, electronic component testing and inspection, and manufacturing.

The work of other ÉTS professors working in the field of robotics (Vincent Duchaine, Ruxandra Botez, Maarouf Saad, Guy Gauthier and others) will soon follow.