The header image is used with the permission of Université de Lorraine. Protected by copyright.

Today, rush hour is a problem in every major city in the world. Motorists are stuck in traffic and transit users are stuck standing in packed vehicles for a good few minutes after a long day of work. The ideal situation would be to merge the fluidity of the subway with the comfort of a car. There is now a solution that may transform the urban landscape of the 2050 Greater Nancy area (France).

A group of research laboratories and engineering schools is working on a forward-looking urban transport concept that combines the benefits of shared services with individual travel. The project is called Urbanloop and is set to contribute to the sustainable and intelligent evolution of the Greater Nancy metropolis.

Urbanloop: Personal Urban Transport with no Stops or Transfers

In 2018, students from the École nationale supérieure d’électricité et de mécanique (ENSEM) in Nancy, an engineering school at the Université de Lorraine, created an urban mobility scenario worthy of a sci-fi movie. Sportscar-inspired transparent capsules travelling the city rise from sidewalks leading to other sections of a multi-level road network.

Users travel in tubes “that can be buried, semi-buried or airborne depending on urban constraints,” said Jean Philippe Mangeot in an interview. “The big challenge is to be able to handle thousands of capsules simultaneously,” he added. 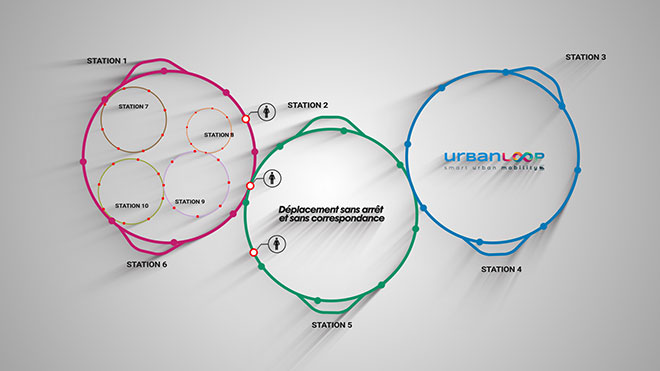 One year after presenting the project to the City of Nancy, as part of the Grand Nancy 2050 exhibition, the dream has evolved. A hundred students from different fields of science and technology and professional partners are collaborating to complete the Urbanloop, which now includes research in artificial intelligence, geology, energy and civil engineering.

The project’s web platform presents an overview of socio-economic and urban issues involved in setting up the network in the 37 cities of the East of France. In fact, thanks to its light and compact infrastructure, the project can be integrated into the multimodal transport system of the region’s largest cities.

The 145 Urbanloop stations will be spread over interconnected rail loops that will serve the 18 municipalities of the metropolis, also ensuring the transportation of people with reduced mobility. The electric capsules will travel 70 km-long routes and will make 90,000 trips per day.

Wait time at the stations is one of the issues that the team is working on to optimize total transportation time. To this end, prediction algorithms used by Telecom Nancy researchers take into account several parameters such as user behaviour, trips with empty capsules, etc. The goal is to achieve a wait time of less than one minute. Once on board, the individual capsule can reach 80 km/h and arrive at its destination without stopping or crossing other forms of transport. In addition to freeing up city streets by reducing the number of cars, the Urbanloop is designed with energy efficiency in mind, both in capsule design and trajectory optimization.  At this stage of the project, the energy cost of the capsule is estimated at pennies a km. 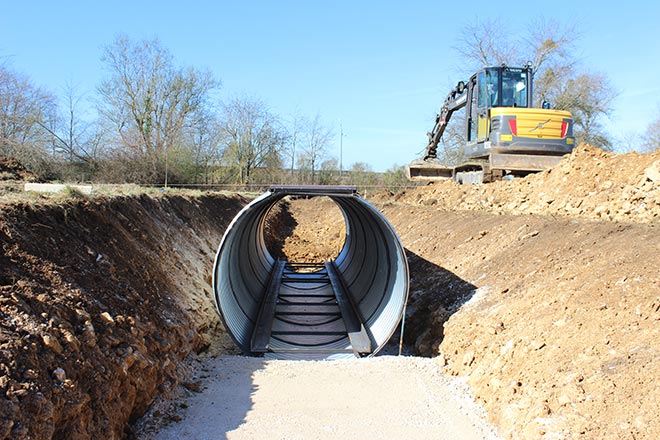 The first phase of the project was launched by constructing a 200-meter long, on a scale of 1, underground loop on which safety tests will be conducted. Several states and foreign universities have their eye on a demonstrator that is being developed at the Brabois University Campus. Students from the University of Cincinnati, Ohio, USA, are assisting in the second phase after having worked on Elon Musk’s Hyperloop project. “I came here because I think this Urbanloop concept is more practical and has great potential for application,” said one of the American students in the following report (in French only).