Can a Robot Have 3D Vision? 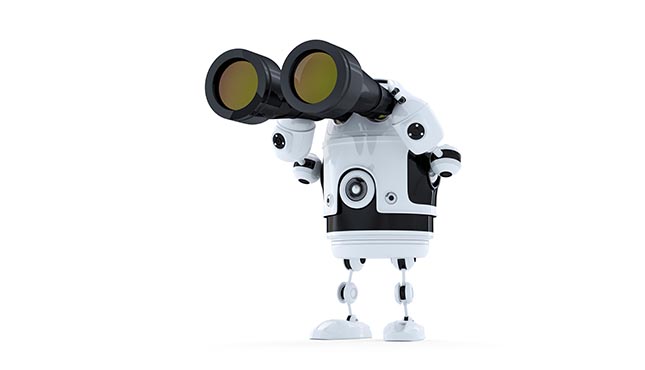 Autonomous robots can now be given complex and dangerous tasks like inspecting nuclear power plants, clearing oil spills in the ocean, accompanying fighter aircraft in combat, and exploring the surface of Mars. However, they are not yet able to perform tasks as easy as preparing a cup of tea. Indeed, actions such as switching the cooktop on and searching for the kettle or sugar require perceptive capacities that most of these machines do not possess. It is simple for a robot to perceive an object, but not to interpret its use. Robots should have 3D vision. 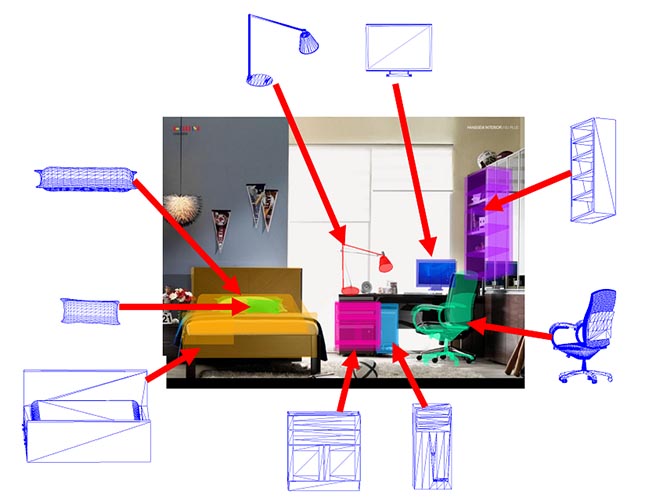 Ben Burchfiel, graduate student at Duke University in the United States, developed a new technology that allows machines to perceive three-dimensional objects in a more intelligent and intuitive manner with his director George Konidaris, Assistant Professor of Computer Science at Brown University. The two researchers started from the fact that it is difficult for a robot to analyze a complex environment before intervening; for example, distinguishing bowls from plates in order to separate and clean them. Human beings, on the other hand, can easily see and interpret different objects when they are stacked on top of each other. The brain is able to see a partly hidden object by instinctively completing the missing part of its three-dimensional configuration.

Based on these findings, the two researchers created an algorithm that will allow robots to have 3D vision to visualize an object, including its hidden parts, and to determine its spatial position without having to go around it to analyze its various facets. They claim that their technology is three times faster than current methods and makes very few errors. According to the team, this is a very important step toward the introduction of robotics in environments that are difficult to predict, such as homes.

This is not the case in natural spaces mapped in advance or in highly organized and controlled environments such as laboratories and factories. In these cases, the robot is trained by means of numerical examples of predetermined sites, which it uses to approach similar spaces in reality. Burchfiel emphasized the limitations of existing methods requiring a three-dimensional model ahead for each situation in which the robot will operate.

Design and Capacity of the Algorithm

The researchers improved the algorithm by providing its database with 4,000 examples of digitized common objects: beds, chairs, desks, etc.

Each digitized model was converted into an assembly of nested cubes as in a Lego structure, taking into account the relative position of each block in relation to the other blocks so that it is easier to interpret. This measurement method is called voxel. 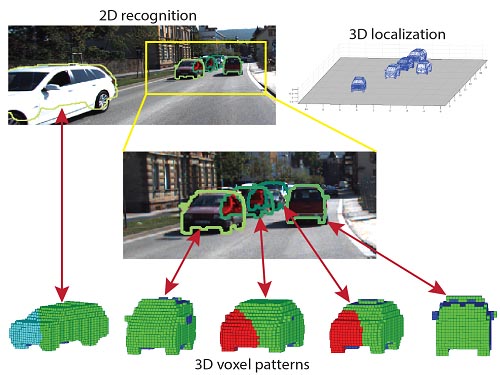 The algorithm was successful in distinguishing the different categories of objects by analyzing various examples in the same type of objects and by deconstructing the similarities that characterize them. This algorithm uses the probabilistic principal component analysis technique. When a robot discovers a new object like a bunk bed, instead of referring to its entire memory base, it analyzes the object and finds the formal similarities with the beds that are part of its catalogue. In order to test their technology, the researchers fed 908 examples into the algorithm of digitized objects as seen from above and belonging to the memorized typologies. The algorithm was able to recognize most of these objects (75% success rate) and to complete their three-dimensional figure. Unlike existing technologies, it was able to identify the objects as seen from different angles. It is very fast because it is able to recognize an object in a very short time, approximately one second. Some objects remain difficult to distinguish for this and other algorithms, for example a chest of drawers compared to a cabinet seen from above.

The researchers are currently working on improving their system to allow it to identify several objects at once. Their objective is to make the algorithm able to distinguish a hundred objects at the same time.

Their work was funded in part by the Defense Advanced Research Projects Agency.

The researchers presented this technology on July 12 as part of the 2017 Robotics: Science and Systems Conference held in Cambridge, Massachusetts. The presentation is entitled “Bayesian Eigenobjects: A Unified Framework for 3D Robot Perception”