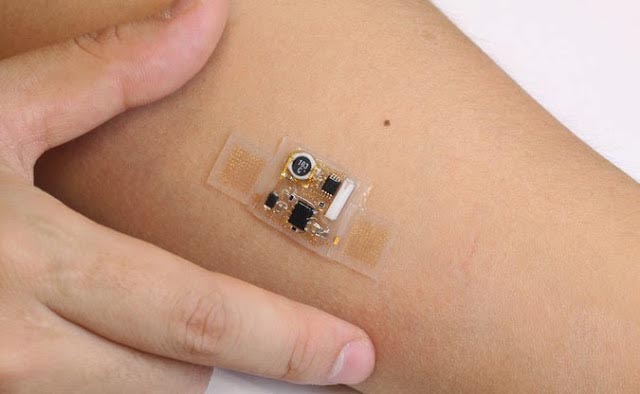 A few years ago, viral videos featuring scientific advancements flooded the web with connected flexible objects of the future that could, for example, bend to the shape of the skin or even replace it. Such technologies will be brought to market as soon as manufacturing nanomaterials and their nanocomponents becomes available to manufacturers. This article presents a breakthrough in the field of two-dimensional materials, which will expedite the introduction of flexible electronic components in our everyday lives.

Self-Assembling Materials at the Nanometric Scale

The manufacture of two-dimensional materials has major drawbacks preventing their introduction into mass industry:

To facilitate the fabrication of two-dimensional materials, an interdisciplinary team of researchers from Penn State University in Pennsylvania, USA, created a hybrid material that is both organic and artificial, which self-assembles into a nanoscale structure.

Materials such as graphene oxide have a monolayer planar structure of assembled molecules. The main characteristic of this class of materials is their specific dimension, namely the height of a molecule. Their length or width makes little difference since they do not intervene in the physiochemical properties sought by engineers in several applications.

To make composites and functional devices, two-dimensional materials must be layered either with identical sheets or by combining sheets of different compositions stacked according to desired specifications and properties. Along with Mauricio Terrones, Penn State University Professor of physics, chemistry, materials and engineering sciences, and director of the 2D Atomic Center, the team designed a two-dimensional material made up of identical sheets using a solvent-based process that enables self-assembly of the material.

They designed programmable assemblers made of two-dimensional material allowing intramolecular self-assembly. The interaction between these two elements creates a hybrid polymer characterized by a slight gap between the layers that gives it the added property of elasticity.

Manufacturing and Testing of Self-Assembled Composite

To make this polymer composite, the researchers used graphene oxide sheets and synthetic protein-based polymers extracted from the tiny teeth found in the suckers of squid tentacles.

The proteins in solvent form attach spontaneously at the edges of the graphene oxide layers creating bonds—between the two-dimensional layers—whose length determines the flexibility of the polymer.

Melik C. Demirel, Professor of engineering science and mechanics, and co-director of the study said that “Up until now, no one has been able to stack composite layers closer than 1 nanometer”. Yet his team was able to stack layers spaced at 0.4, 0.6 or 0.9 nanometers by choosing appropriate molecular weights of the same protein.

The researchers tested the ability of this composite to react as bimorph thermal actuators. When activated, generally by an electric current, the bimorph actuator arranged perpendicularly to the surface performs an angular movement.

The flexibility and strength of this material will lead to the creation of flexible electronic components, energy storage systems and mechanical actuators.

This study was funded by the U.S. Army Research Office. Entitled “Programmable molecular composites of tandem proteins with graphene oxide for efficient bimorph actuators”, it was published in the journal ScienceDirect.