A team of researchers from the University of Minnesota’s Department of Chemical Engineering and Materials Science (CEMS) has created a new material with nanometric properties offering the highest electrical and photovoltaic conductivity in its class. The material is made from a wide bandgap compound. In most cases, this type of material generally possesses low conductivity or limited transparency. How did the team manage to link the two properties?

According to Professor Bharat Jalan, leader of the study, this material can be used in several types of electronic applications such as touch screens, power electronics and solar cells.

Currently, all transparent conducting materials used in electronics are made from indium, a chemical that has become increasingly expensive in recent years.  As a result, several research studies are currently being carried out to find cheaper and more efficient materials. Such materials must also contribute to reducing energy consumption and allow high frequency applications, two feats that have also been accomplished with this research.

A New Field of Research: the Perovskite Structure

University of Minnesota researchers have been studying wide bandgap perovskite oxides. These oxides exhibit high room temperature conductivities and structural compatibility with a diverse family of organic and inorganic perovskite products. They also are of significant interest as transparent conductors and active components in power electronics. The combination of this range of functionality in the same substrate at room temperature is a great challenge that the Jalan team has managed to overcome.

Remember that perovskite originally designated calcium titanates and, more broadly, a class of materials with a particular band structure. This structure gives them two properties that are in great demand in the solar cell industries, namely high absorption and conversion of solar energy, discovered in 2012 by chemist Michael Grätzel and physical chemist Henry Snaith.

The Jalan team succeeded in creating a new synthesis method that has made it possible to produce a very thin multilayer film based on a new compound, BaSnO3. It is a combination of barium, tin and oxygen, called barium stannate. To do this, they replaced the elemental source of tin by a chemical precursor of tin. This method uses molecular beam epitaxy (MBE). It is the semiconductor growth technique where vaporized elementary materials are deposited on a surface and self-organize in layers or nanostructures.

The chemical precursor of tin has unique properties that have improved chemical reactivity and greatly optimized the metal oxide formation process—which gives the material its conductivity property—using MBE. 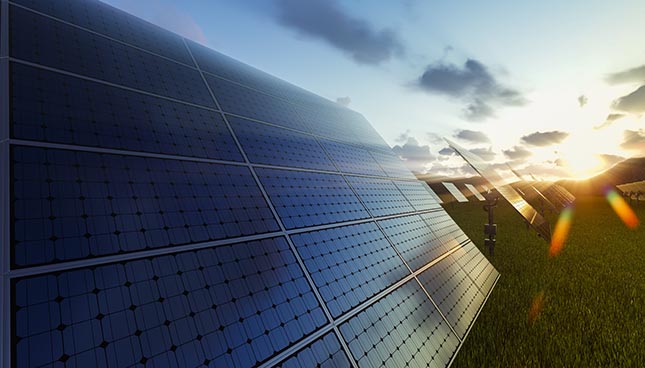 Barium and tin are much cheaper than indium and are abundantly present in the environment.

According to Jalan and Abhinav Prakash, graduate engineer from the Department of Chemical Engineering and Materials Science of the University of Minnesota who participated in the study, this new manufacturing process is the first of its kind to regulate thickness, concentration defects and material composition.  It can also be used in the manufacture of other materials where the element is difficult to oxidize. This new process is also reproducible and scalable. Jalan and Prakash also added that it was the superior structural quality and concentration control that allowed them to discover the high conductivity of this material. They said that the next step was to continue to reduce defects at the atomic level.