The International Space University (ISU): It’s a School, a University, and an Institute… But What Is It All About? - By : Éric Doré,

The International Space University (ISU): It’s a School, a University, and an Institute… But What Is It All About?

Éric Doré Author profile
Éric Doré is the Director of Student Services at the École polytechnique de Montréal. He was Head of Student Recruitment & International Mobility at ÉTS from 2010 to 2016. 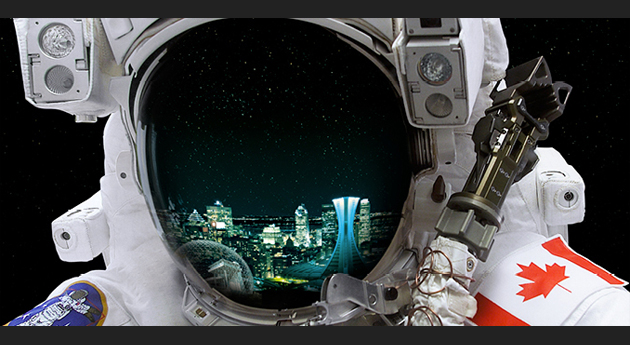 Believe me, back in 1997, before I did my master’s at ISU, I asked myself the same question. To help you understand, here is some information explaining how this institute came to be and why its summer university program will be offered in Montreal in June 2014, hosted by École de technologie supérieure (ÉTS) and HEC Montréal.

The ISU boldly goes where no university has gone before – and that’s not surprising given its audacious roots. In 1986, the ISU’s three founders, Peter H. Diamandis and Todd B. Hawley, both American, and Robert D. Richards, a Canadian, called on several national space agency leaders and other well-known names to help them create an interdisciplinary, intercultural and international university. Those who were at this gathering can attest to how courageous these three young men (all under 30 years of age) were in meeting with these celebrities. While they managed to convince author Arthur C. Clark and Apollo 17 astronaut Harrison Schmitt, others didn’t bother staying until the end, annoyed at having been summoned for what they deemed was an absurd idea. 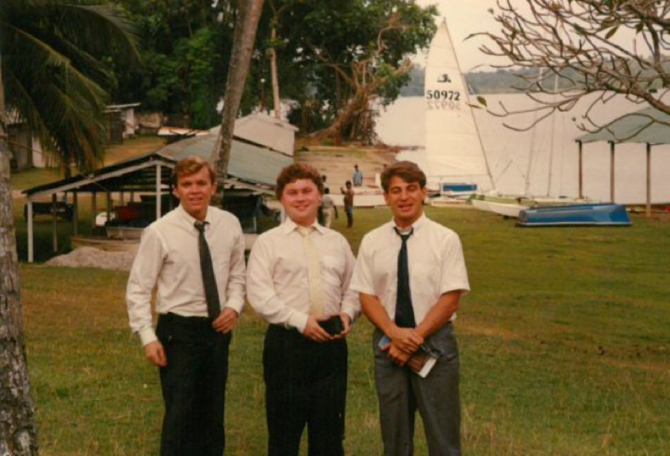 Backed by some supporters, these three young men took their idea to MIT in Boston for a three-day conference, from April 10 to 12, 1987. It would result in the official creation of the International Space University (ISU), coinciding with the date of the first manned space flight, a feat carried out on April 12, 1961, by the Russian cosmonaut Yuri Gagarin. The conference was also the genesis of the University’s first academic program, the “Summer Session Program” (SSP), whose first edition took place the following year at MIT from June 20 to August 20, 1988, thanks to financial support from national space agencies and international space industry groups. The SSP, now known as the Space Studies Program, will launch its 27th edition in Montreal in 2014. 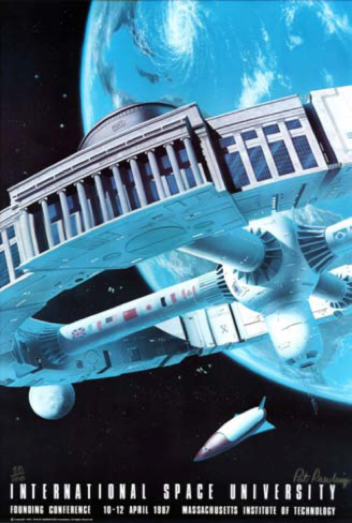 Poster for the conference held during the founding of the International Space University in April 1987, at the Massachusetts Institute of Technology (MIT). Source: [Img2]

The ISU is officially registered in the state of Massachusetts as a non-profit institution of higher education. In 1992, its board of directors decided to proceed with an international call for tenders to find a location for its future Central Campus, in order to enhance the international vocation of its future educational programs and create its first master’s program. In 1994, the city of Strasbourg, France, was officially selected and, in September 1996, the first group of students enrolled in the new Master of Space Studies (MSS) program entered the ISU’s new facilities.

The city of Montreal, in collaboration with the Canadian Space Agency and industry players, had also made a bid but was not selected. After the SSP, the ISU launched a second program, enabling it to develop partnerships with more than 12 universities around the world that would later become affiliated campuses. These partners offered research activities in the seven disciplines taught at the ISU: humanities, engineering, physical sciences, policy and law, space applications, life sciences, and business and management. In 1990, Montreal once again tried its luck to host the Summer Session Program; it lost out to Toronto.

Throughout the years, the ISU has continuously adapted its course offerings in order to meet the needs of the sector. But it has never lost sight of its main purpose: to be an avant-garde institute that offers international, interdisciplinary and intercultural (the three “i”s) educational programs. Today, its 3,700 graduates from over 100 countries are ambassadors, forming a network within political and industrial space communities. Since the end of the cold war, the aerospace sector has seen the funding of its projects evolve, with more and more partnerships being formed between the public and private sectors, and with space applications being developed for civil and military uses. The first commercial suborbital flights will be available soon, though there have already been space tourists who have funded the launching of rockets into space.

What does the future hold? The ISU is often a platform for ideation, where projects that may seem extravagant at first ultimately see the light of day. This characteristic, consisting of bringing together individuals from all disciplines and from different parts of the world, has been proven time and time again, and is the reason behind the university’s success, which today boasts five programs including an Executive MBA and a professional development program.

Now, it’s Montreal’s turn to host the SSP, following Toronto in 1990 and Vancouver in 2005. HEC Montréal and ÉTS are proud to lead this project which will benefit both institutes, the city, higher learning establishments and the industrial framework of the aerospace sector. 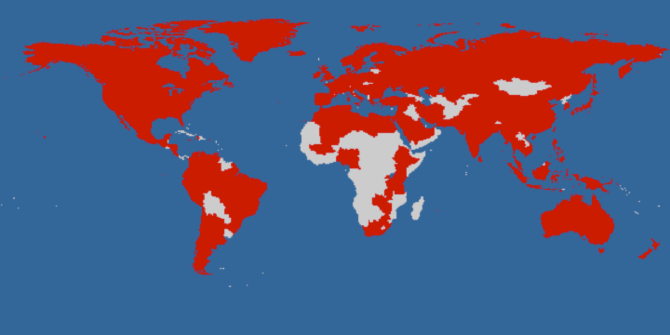 As a graduate of this university, I encourage you to be part of the ISU experience. Despite having completed my master’s in 1999, I still keep in touch with people from my graduating class who live around the world. I am proud to say that I am an ISU graduate. Take part in this adventure, it’s worth it!

Éric Doré is the Director of Student Services at the École polytechnique de Montréal. He was Head of Student Recruitment & International Mobility at ÉTS from 2010 to 2016.