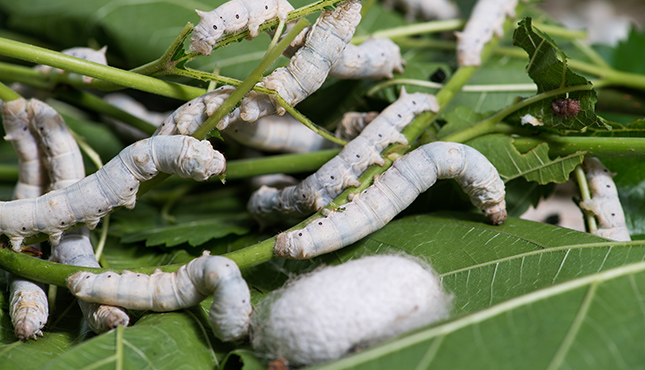 Since ancient times, the silk extruded from the Bombyx mori silkworms has been a thing of luxury and glamour. This natural protein is among the strongest and most durable fibers available. The silk from spiders is stronger and more elastic: unfortunately, its application in consumer products is far less developed than silk gathered from the silkworm’s cocoon.

A group of researchers at the Tsinghua University in Beijing, China, found a way to make this fiber stronger and electrically conductive, without the need for post-processing methods after collection of the silk. In their work, they spray-coated a solution of 0.2% of either single wall carbon nanotubes or graphene sheets on the surface of mulberry leaves. This leaf is the silkworms’ main food source. The researchers found that the silk produced by the worms with this “special diet” presents enhanced mechanical properties as well as electrical conductivity.

Traditionally, chemically treating the fibers after the worms secreted them was the best way to add properties to the silk. This included adding or enhancing mechanical, characteristic and bio-compatible properties. Recently, it was found that modifying the silkworms’ food made it possible to obtain altered silks directly. Basically, this is achieved by adding extra substances in the leaves. This way, fewer steps are required and the production costs are greatly reduced.

This carbon-enhanced silk doubles in strength and presents at least 50% more stress resistance than regular silk. In addition, exposing the silk to heat treatment in order to carbonize the natural protein produces a structure that could conduct electricity. It turns out that the presence of the carbon structures helps produce silk with a more crystalline structure. Apparently, the protein molecules are more organized, in a fashion that facilitates electrical conduction. However, it is still unclear if the silk takes on the organized structure of the carbon components. In their analysis, the researchers found that detection of the carbon structures is not possible in cross sections of the silk. 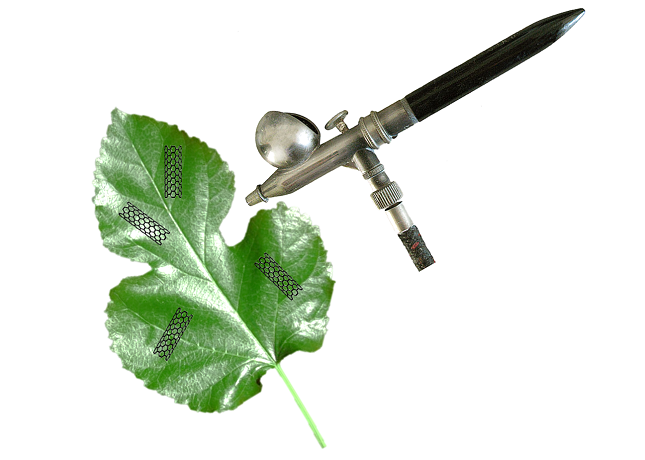 Deposits of carbon nanotubes or graphene solutions on the mulberry leaves.

On average, one mature mulberry tree hosts 100 silkworms feeding on its foliage. One acre of mulberry trees yields over 170 pounds of silk cocoons ready for processing. These cocoons turn into about 35 pounds of raw silk material. The best way to mass produce enhanced silk is through the worm’s diet. Although clothing is the most common market for natural silks, applications in medicine such as non-absorbable surgical sutures and eczema-friendly undergarments are also common.

Smart bio-degradable fabrics could greatly benifit from this discovery, especially if silk-based medical implants could integrate sensing and detection abilities for new and unexplored applications.