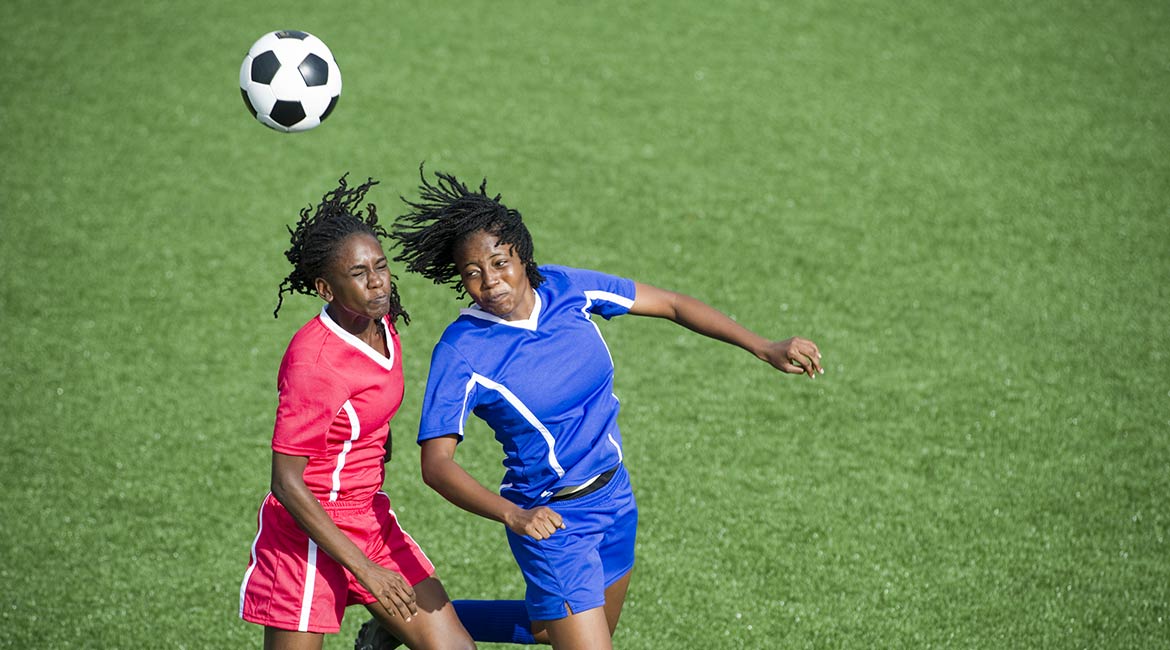 Head injuries can have harmful consequences for athletes in the short, medium and long term. This is why a number of studies on such injuries have been conducted in football and hockey, recognized as contact sports with high risks of violent head impacts. Although considered by popular opinion to be a contactless sport, soccer is also on the list of sports where risks of head impacts are just as high as in football and hockey. Unfortunately, few studies have measured the risks of head injuries in competitive soccer games. In this context, the objective of this research project was to study head accelerations of soccer players during competitive games to provide a better understanding of head injury risks in this sport. Results showed that players can be subject to a large number of head impacts during a game and that risks of injury are higher for a specific type of impact in soccer, namely headings. Keywords: head acceleration, head injury risk, heading, involuntary impact, field measurements, soccer

Head impacts can cause head injuries in any sport. These injuries are considered to be a scourge in the sports world [1], and that is why a number of studies specifically targeting contact sports like football or hockey have been conducted [5, 6]. Head injuries are generally not associated with sports thought to have low risks of head impacts like soccer. Yet players, particularly female soccer players, are not exempt. For example, in Canada, between 2011 and 2017, soccer caused more head injuries (45%) than rugby (27%), hockey (21%) and ringette (7%) among female athletes between the ages of 15 and 19 [2]. Linear and angular accelerations of the head are identified as the most important mechanism of head injury [3, 4]. In soccer, very few of these types of data are being collected directly on the field, which limits the understanding of head injury mechanisms while the sport is being played.

The objective of this research project was to study head acceleration and different types of head impacts during soccer games. To measure head accelerations, participants, namely soccer players (Table 1), wore headbands equipped with a sensor called SIM-G (Figure 1) during competitive games. All games were filmed, making it possible to separate head impacts into two types: headings  and involuntary impacts. These two types of impacts were then subdivided into categories. For headings, the categories were: jump (no feet on the ground), stable (2 feet on the ground), head rotation (2 feet on the ground) and unstable (1 foot on the ground). For involuntary impacts, the categories were: player-to-player contact, ball control (with foot or torso), running (acceleration or deceleration), change-of-direction while running, ground impact, unstable and involuntary head-to-ball impact.

Figure. 1 Head acceleration measuring instrument A- player wearing the instrumented headband (side view), and B- SIM-G measurement sensor inserted into the headband

Number of Impacts and Intensity of Head Accelerations

Most common among female players were two headings, namely jump and head rotation (Figure. 4 A). Among the male players, jump was the most frequent. As for involuntary impacts, player-to-player contact caused the higher risks of concussion (Figure.4 B). 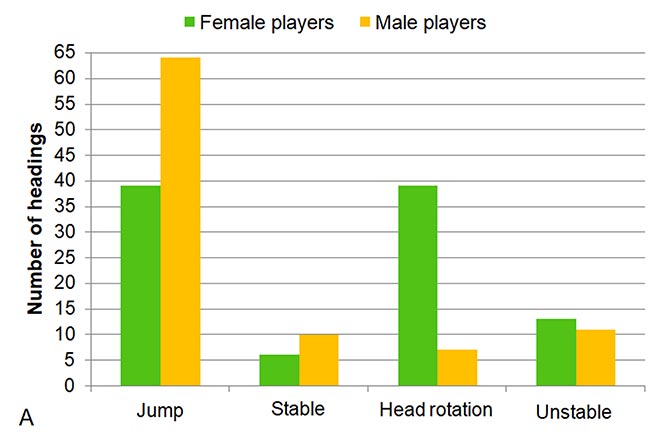 Figure. 4 Total number of head impacts per specific type of impact A- headings B- involuntary impacts

This study showed that soccer players suffer a significant number of head impacts during soccer games. Preliminary results also showed that headings can generate higher linear and angular accelerations than involuntary impacts and could therefore lead to greater risks of head injury.

This research entitled “Biomechanical Analysis of Head Impacts during Real Time Soccer Play: a Preliminary Study” was presented at the American College of Sports Medicine Conference on May 30, 2019, in Orlando, Florida, USA.