This article presents an overview of the research axis on Energy, presented by Daniel Bélanger, Professor at the Chemistry department of the faculty of Science, Université du Québec à Montréal (UQAM).

On June 7, 2016, the Minister of Energy and Natural Resources (MERN) and Minister responsible for the Plan Nord, Pierre Arcand, introduced a bill on the implementation of the 2030 Energy Policy, as summarized below:

The main purpose of the bill concerns the first item on this list, and targets a 40% reduction in the amount of oil products used. In fact, although 53% of the energy used in Québec comes from hydroelectricity, a very large proportion of the remaining energy (40%) is derived from fossil fuels. In addition, 75% of this fossil energy is used by transportation.

During his presentation of May 3, 2016, at the ÉTS, Professor Bélanger proposed several energy research themes that the CQMF / CSACS strategic group should consider to help Québec achieve the various objectives of the 2030 Energy Policy:

These themes will require extensive research efforts, both in fundamental and applied research. However, it should be noted that these themes have been studied for several years now, both in Québec and internationally, as shown by the following examples.

In the winter of 2015, the businessman and dragon Alexandre Taillefer launched Téo Taxi, an electric taxi business to serve the island of Montréal. These green and white taxis are equipped with WiFi and digital tablets, making it possible to watch movies when travelling.

In order to reduce our dependence on fossil fuels, Hydro-Québec and Sony Corporation launched, in the summer of 2014, Esstalion Technologies, Inc., a joint venture for the research and development of large-capacity energy storage systems for power grids. 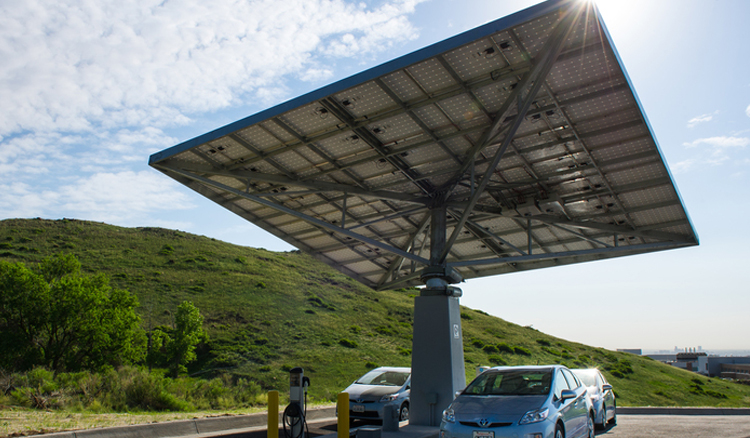 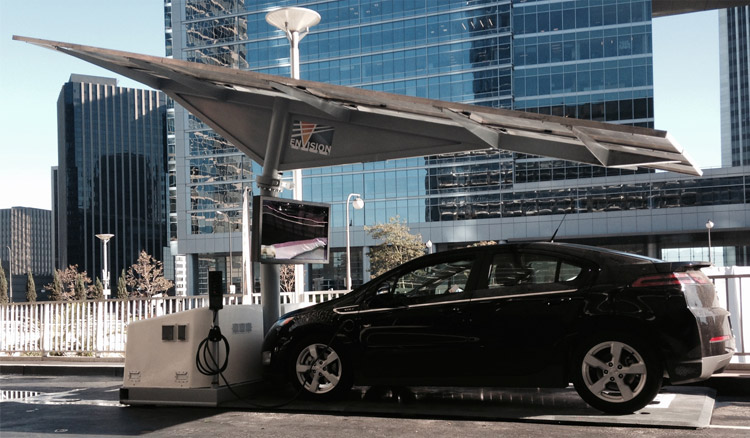 The Consortium Bus Électrique (CBÉ) is a nonprofit mobilizing project formed by the Québec industrial sector and funded by the Government of Québec. The aim of this project is to develop and produce advanced public transit vehicles, and includes two sub-projects: 1) electric buses, and 2) electric aluminum micro buses.

The Envision Solar company developed charging stations for electric cars, powered with solar panels that follow the orientation of the sun. Two models are offered by the company:

1) the Solar Tree® can charge six to eight cars at a time;

2) the EV ARC® is a mobile unit that charges one car.

Québec has a considerable amount of water with which we produce hydroelectricity. It is essential that we take advantage of this asset to develop new ways to consume electricity instead of using fossil fuels. However, we will need visionaries who will get involved both in fundamental and applied research. This is where the CQMF / CSACS strategic group will be a pivotal component in the research and development efforts.

In the end, it is important to remember that the energy with the highest value is the energy that is not used!