Sparks that Last - By : Substance,

This article is taken from Quebec Science of March 2020. 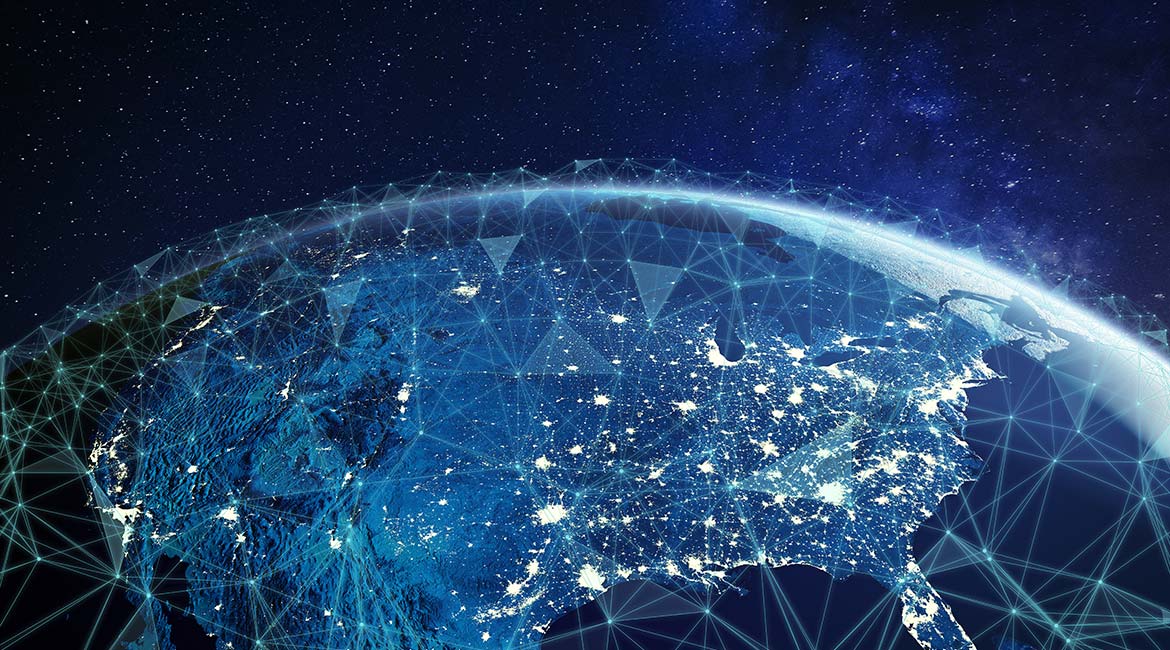 If the self-driving car seems to be an attainable dream today, it is thanks to the development of wireless communications over the past decades.

Grabbing your smartphone, synchronizing it with wireless speakers and selecting a playlist… A routine gesture that has come a long way from searching for a station by turning a knob amid crackling noises and a monotonous voice. Yet with its hidden antennas and using power of just a few hundredths of a watt, Bluetooth communication does indeed derive from the methods once used to broadcast radio news.

“These are exactly the same physical principles and concepts used in the early 20th century to transmit information,” claims Ghyslain Gagnon, Dean of Research and member of the ÉTS Communications and Microelectronic Integration Laboratory (LACIME). If he were to draw a diagram breaking down the system structure, as engineers often do, he would draw the same components. “I make electrons vibrate in an antenna to generate an electromagnetic field that is then picked up with a receiving antenna. The receiving antenna vibrates electrons again to decipher the content.“ 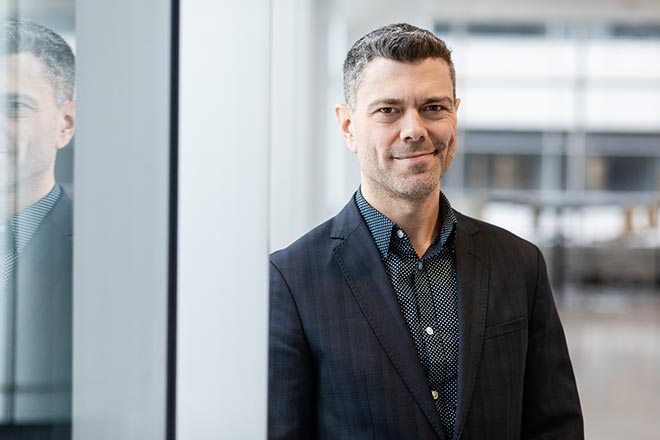 Be that as it may, wireless communication has come a long way. If he tried to repeat the experiments of early innovators who attempted to tame electromagnetic waves at the end of the 19th century, Gagnon claims that “Wi-Fi would stop working altogether.” He adds, “Computers would probably crash too,” because Wi-Fi would disrupt all communication in the surrounding area.

A commercial radiotelegraphy device from the early 20th century

The reason: pioneers created sparks. Literally. Using high voltages, they caused sudden energy discharges that spread over a very wide range of frequencies, to the point where wired telephone conversations could be fried or produce a signal picked up by a device without any connection to a cable. For wireless telegraphy, this approach is acceptable: Morse code can be used to interpret short or long impulses. However, monopolizing the electromagnetic spectrum on such a large scale impedes broad sharing. If two signals are sent at the same time, there is a risk that they will mix at the receiving point, as if two people were talking at the same time.

From Lamps to Transistors 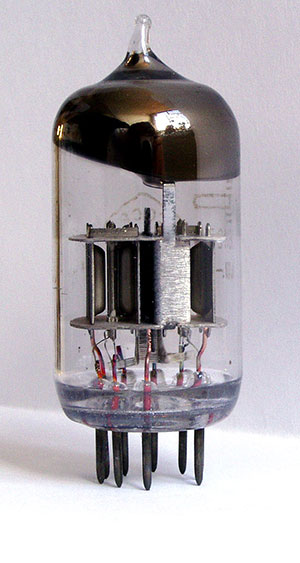 At the beginning of the 20th century, the invention and further development of vacuum tubes, commonly known as “lamps,” changed everything. They allowed for the amplification of an electrical signal, improving its reception. This higher degree of control made it possible to emit a continuous wave at a specific frequency and then modulate its amplitude—the amplitude modulation better known as AM. Ideal for transmitting voice inflections and music notes, this progress helped in sharing the radio frequency spectrum. “Lamps were far from reliable. As with an incandescent bulb for lighting, the filaments inside eventually burned out and the lamp had to be replaced,” explains Ghyslain Gagnon.

The transistor, created in 1947, opened up new possibilities. Japanese companies understood this and used it as early as the 1950s to design portable radios. In addition to amplifying a signal more reliably and efficiently, it heralded the transition to digital. Arranged in an integrated circuit or “chip,” the transistor is now the centrepiece of microprocessors in today’s computer devices. It acts as a switch, generating 1s and 0s. With these bits, it becomes easier to encrypt data being sent or to clean up interference from a signal when it is received remotely. Compression algorithms make it possible to transmit much more data on the same frequency, be it text, voice, files or streaming videos viewed on our mobile devices. 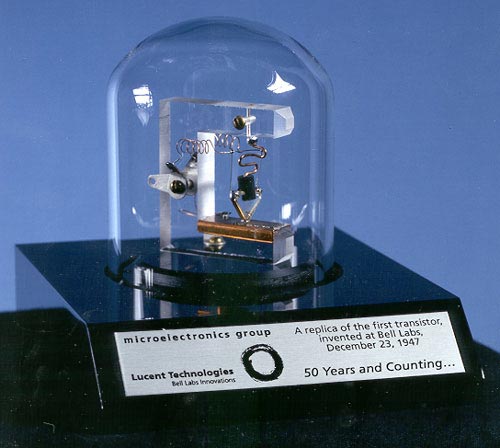 A replica of the first transistor

Today, all eyes are focused on the fifth generation of wireless telecommunications. On the rooftop of the ÉTS Centech business accelerator, a 5G antenna is currently being tested. This technology promises to fulfil the dream of the Internet of Things: countless connected objects transmitting endless information in real time at frequencies higher than 6 gigahertz. By comparison, Bluetooth communication is carried out in the 2.4 GHz frequency bands.

Waves, and their range, will therefore be shorter. This means more antennas, but less risk of interference between communications. “It will be perfect for sensor networks,” says Ghyslain Gagnon.

Add to that more focused signals and low latency—with intervals of just a few milliseconds between sending and receiving a signal—and people are getting excited about putting autonomous cars into service. Vehicles should be able to adapt, learn and communicate with each other in real time, acquiring, for example, the ability to brake faster than a human being. Is this a revolution? For an engineer like Ghyslain Gagnon, this is above all the result of an ever-increasing mastery of wireless communication. 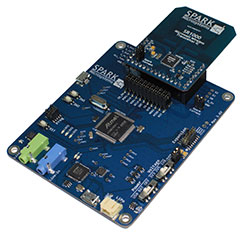 Even sparks have come back into fashion. Montreal-based SPARK Microsystems—founded by Frédéric Nabki and Dominic Deslandes, two ÉTS professors—is developing a chip that can transmit information in pulses, this time in a controlled manner, without interfering with other communications. Since information transmission is not continuous, it would save energy consumed by devices like heat-regulating temperature sensors built into smart homes. If an artificial intelligence is one day powered by sparks, perhaps it will thank humans for having come up with the idea of creating them.

For more details on the history of wireless technology or SPARK Microsystems, listen to Dominic Deslandes in the following podcast Coup de génie.