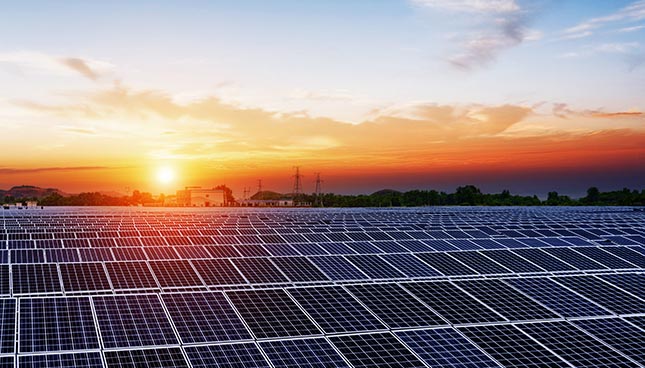 Since its invention in 1955, the solar panel made of photovoltaic cells converts solar rays into electricity. Like the first solar panel models, current photovoltaic cells are made of silicon. However, this material limits the effectiveness of the solar panel at 32%. This limitation is called Shockley-Queisser and is characterized by heat resulting from energy loss caused by the poor efficiency of solar panels. Heat is generated because conventional solar cells absorb the full spectrum of visible light. Inefficiencies in the panel therefore increase its temperature when placed in sunlight. And as the panel temperature increases, outgoing radiation and heat loss by conduction and convection also increase until equilibrium is reached. Consequently, solar panels do not operate at maximum efficiency.

To solve this problem, various studies are under way, one of them being the use of several layers of silicon. However, the cost of this type of solar panel is higher due to the added material. There are also photovoltaic cells combined with a heat recovery system called a hybrid solar panel, or thermal photovoltaic cells, whose maximum efficiency has reached 46% to date.

PhD student David Bierman, and MIT researchers Marin Soljačić and Evelyn Wang, decided to completely change the 60-year-old process of transforming sunlight into electricity. They decided to convert solar rays into heat and then transform the heat back into light. They created a device consisting of two layers, the first of which is made of carbon nanotubes, which capture the entire spectrum of visible light and transform it into heat. The second layer is composed of photonic crystals. In this device, heat does not reduce the efficiency of the cell, because when the second layer reaches a temperature of about 1000 °C, it produces new radiation.

The radiation offers the optimum characteristic for a photovoltaic cell, i.e. a reduced light spectrum. This new technology also includes an optical filter able to reflect almost all the photons not used by the layers of the device. The researchers report that this filter can recycle unused photons, because it creates more heat and consequently more light to absorb in the second layer. As a result, this process improves the efficiency of the technology. To date, they claim this technology could exceed a theoretical efficiency of 80%.

This promising technology does have some limitations, for example its manufacturing cost. However, the increased efficiency of the panels is such that the device could still prove profitable. In addition, it is much easier to collect and store heat than it is to collect and store electricity. This is why researchers are also studying the possibility of conserving extra heat in thermal storage systems, thereby generating electricity even after sunset.

Additional information can be found here.