Skreemr: From New York to London in 30 minutes - By : Substance,

Skreemr: From New York to London in 30 minutes 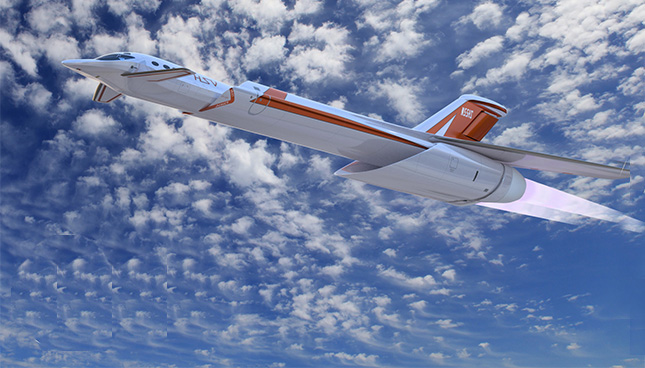 What are 30 minutes traveling?

Imagine now traveling 5,446 km (3,446 miles) in just 30 minutes,  the distance between New York’s JFK airport and London’s Heathrow Airport. How? By being one of the 75 passengers on the Skreemr concept plane proposed by the engineer, inventor, designer and venture capitalist Charles Bombardier, Joseph-Armand Bombardier grand son, Bombardier Inc. and Bombardier Products recreational Inc. main shareholder. He obtained his mechanical engineering degree at the École de technologie supérieure (ÉTS) in Montreal in 1998 after completing a college degree in computer-aided design (CAD / CAM) at Cégep de Lévis-Lauzon . 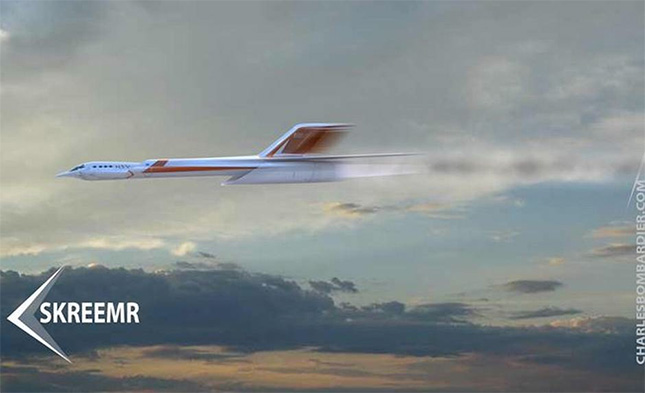 The SkreemR would initially be powered by an electric launching system called railgun similar to the NASA prototype below. 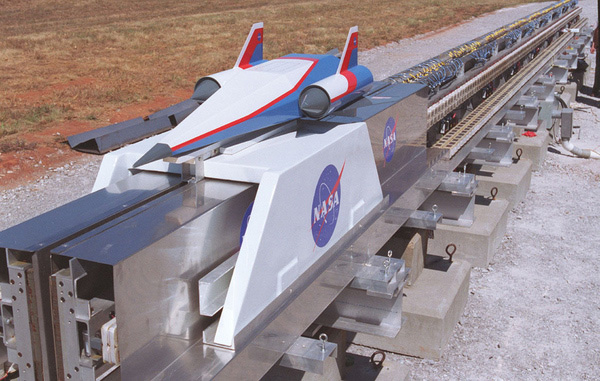 The Skreemr rail system should be long enough to reach supersonic speed without making passenger’s acceleration discomforts. This primary propulsion system would achieve Mach 4 without difficulty even before the aircraft leaves the rails. The Skreemr would then ignite its liquid-oxygen / kerosene rockets to climb in altitude and reach or maintain Mach 4 speed. 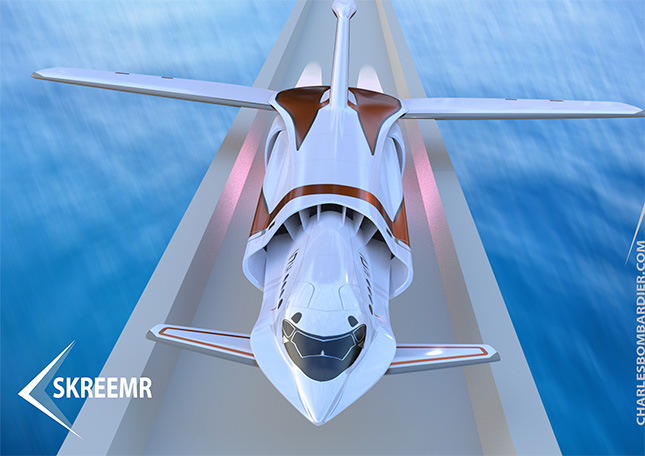 At proper attitude, he would lit its supersonic combusting ramjet (Scramjet) to reach Mach 10 cruising speed. 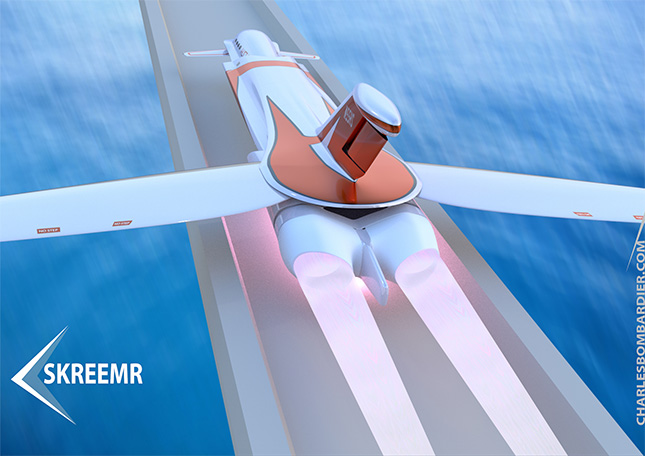 Many research still need to be achieve on hypersonic propulsion systems and hypersonic acceleration’s impact on the human body. This project has the advantage of pushing further the human traveling speed limits on our planet.

To see other Charles Bombardier’s achievements, we invite you to consult imaginactive.org website. Here are some concepts created by this designer: 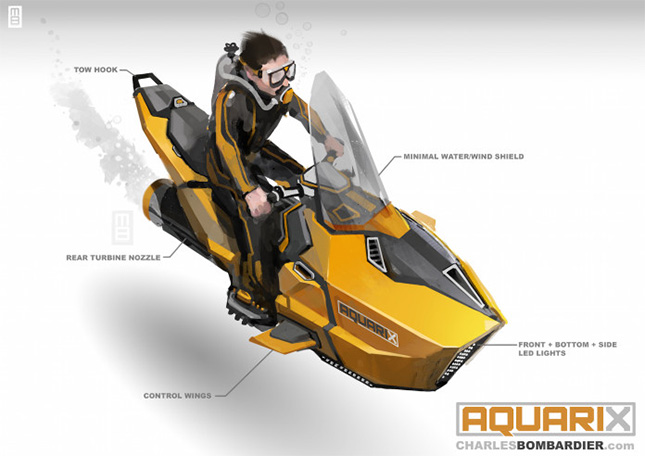 Aquarix is a personal electric submarine propelled by a water turbine. With its built-in driverless technology, it is designed to keep novice divers at a safe distance from coral reefs and the ocean’s seabed in order to protect these beautiful marine habitats. 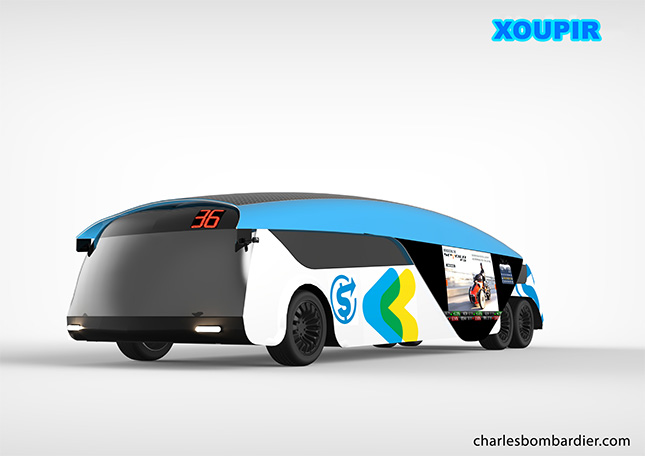 Xoupir (with Montreal city color) is a driverless futuristic four-wheel drive city bus powered by wireless electricity and designed with today’s users in mind. It features smartglass tinted windows, free WiMAXultra-high speed internet access, and you don’t need to buy a ticket or a pass to get onboard.