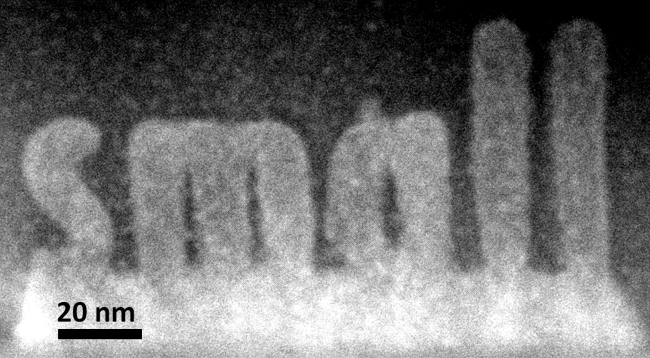 Scientists at the Institute for Functional Imaging of Materials, Oak Ridge National Laboratory (ORNL), in Tennessee, USA have stumbled upon a very interesting behaviour in metastable amorphous oxide films where they could be transformed into a crystalline phase by using a scanning transmission microscope (STEM). Controlling this change could be done in very selective areas, just as if they were sculpting the atoms into a desired structure.

A STEM uses a highly focused beam of electrons, shoots it to the sample and scans in a raster pattern.  It looks primarily at beam electrons transmitted over a very thin sample and the image is reconstructed from the interactions between the electron beam and the sample.

The researchers realized that Strontium Titanate [1] (SrTiO3) nanostructures could be grown epitaxially using the same tool they use to analyse them.  The importance of this selective growing mechanism relies on the use of the electron beam coming from the microscope to atomically control the transition of an amorphous phase to a crystalline phase exactly at the interface between these two phases.

Figure 1. (a) The blue dotted is the SrTiO3 crystalline phase. The dark area is the same material on an amorphous state. Once the e-beam starts moving from left to right the crystallization process takes place, as shown in figures (b) and (c).

Imagine having a block of nicely built Lego pieces and atop, a bunch of non-organized loose pieces.  Right at the interface, with a little of an external help, the loose pieces in physical contact with the ones organized in the block will start to fall in place following the same pattern of the organized block.   Repeat this process several times and eventually, layer by layer, all your available loose pieces will be placed into an organized state (the Lego pieces will be your atoms, and your nice block is the crystalline structure composed of atoms).

Usually, “reorganizing” crystalline structures after they have been “disorganized” is done using a technique called thermal annealing. The whole structure is heated allowing atoms to locate back in the best position they can find but, this process doesn’t allow selective heating of small (nanometer sized) areas.  With this new finding, the “reorganizing” process can be done at the nanoscale and be atomically-spatially selective, this means they can choose which group of atoms will join the crystalline structure of the substrate and which will not, analogue to sculpting atoms in 3D.

The implications of this discovery are vast. You can have devices with two different set of mechanical and electrical properties and these differences could be highly localized, in fact, the limit is set by the ability to focus more and more the electron beam in the STEM. If this technique finds its way into different materials, this could represent a very selective way to build microchips.  Another application is the study of thickness-dependent properties in materials.  Studies can be carried out using the same sample over and over, by adding layers of material each time. In contrast, it won’t be necessary to have several samples with different thickness to analyse their properties. 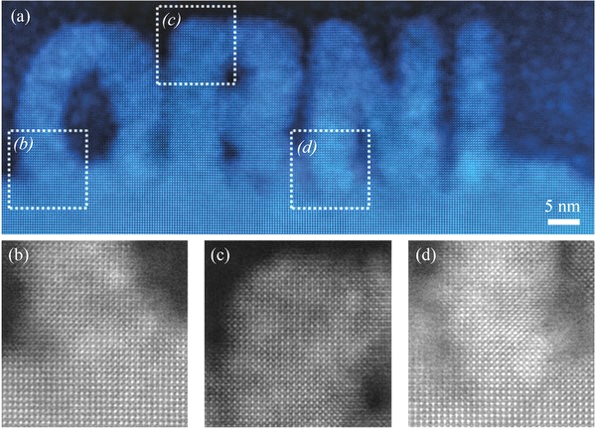 Figure 2. Here it can be appreciated how in the selected areas in figure (a) represented below, the atoms follow the same organization as the substrate.

Finally, the authors of the paper, point out how this technique will facilitate in-situ “experimental” analysis of phenomena in matter such as “crystallization, segregation and diffusion processes at the atomic-level”.

This publication can be found in the following link.

[1] For more information regarding the electrical properties of Strontium Titanate, we suggest reading chapter 2 of this PhD. Thesis found at: Source.