22 May 2018 | Research article | Aeronautics and Aerospace

This article explains why researchers are working on using GPS signals in space and the difficulties they must overcome. Another article entitled Using GNSS in Space: Challenges will explain these challenges in more detail. 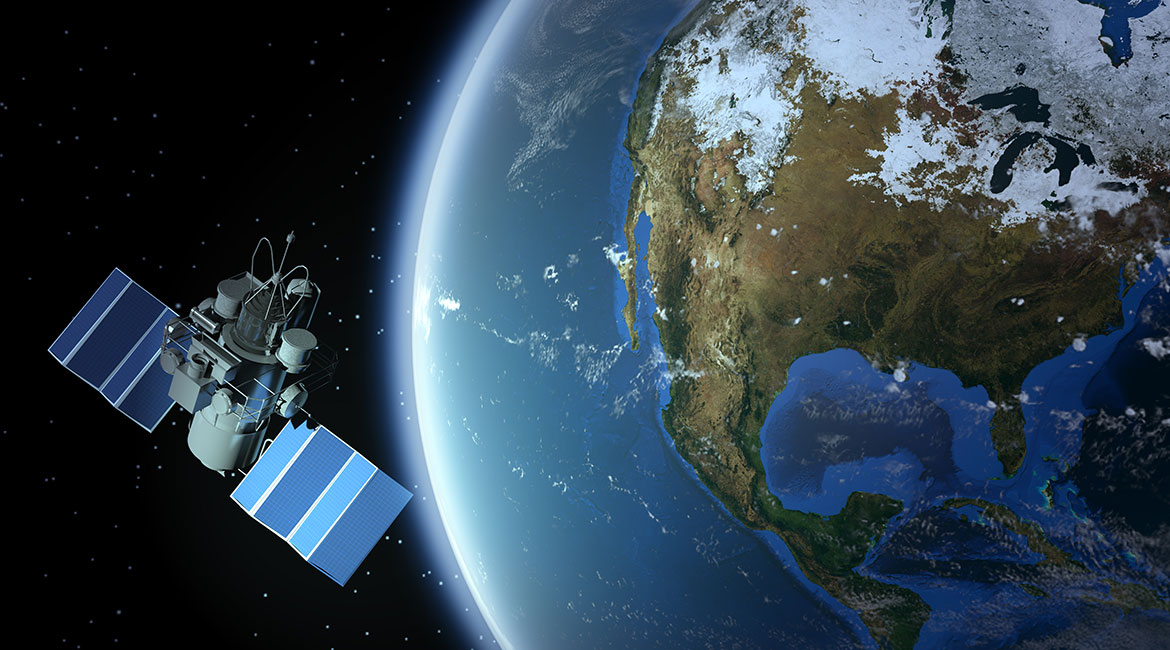 GPS is a satellite positioning system designed by the United States Department of Defense. Its original purpose was to determine the position of a person, vehicle (car, boat, airplane) or even missile, anywhere on the planet, 24 hours a day, provided it was equipped with the appropriate receiver. Therefore, GPS was designed with specific constraints, the goal clearly being to obtain a position on Earth, at relatively low altitudes.

However, for many years research has been conducted on using GPS signals so that satellites or other space vehicles could determine their position [1]. This would allow faster and less expensive orbit updates than what is being achieved through ground control stations and could improve space management in different orbits. This idea has even already been implemented for some satellites and space missions. The most impressive example is that of NASA’s Magnetospheric MultiScale Mission (MMS), whose studies include terrestrial and solar magnetic fields and magnetic reconnection using four spacecraft (space vehicles) flying in a pyramid formation. To do this, the position of each spacecraft is partly determined using GPS signals. In 2016, the MMS mission broke the world record for highest altitude positioning obtained using GPS signals – 76,000 km [1][2]. Of course, accuracy at such a distance is very different from what you get on Earth.

Ever-Increasing Use of Signals

The trend to use global navigation satellite systems (GNSS) in space will grow. In fact, by the early 2020s, four global systems will be fully functional: GPS (United States), GLONASS (Russia), Galileo (Europe) and BeiDou (China). In addition, each satellite will transmit several signals at different frequencies. Possibilities and performance will then be tenfold compared to the current use of a single signal coming from a single constellation and with restricted satellite visibility.

The ÉTS Laboratory of Space Technologies, Embedded Systems, Navigation and Avionics (LASSENA) is working on the detection and processing of GNSS signals used in space. The challenges are numerous in this field of research.

Challenges of using GNSS in space

Indeed, conditions in space and on Earth are very different, and a GPS receiver or, as it is now called, a GNSS receiver, does not have the same characteristics and cannot achieve similar performance in these two situations. Several parameters differ between so-called terrestrial and spatial applications, including the speed of mobile devices using a GNSS receiver, their accessibility to GNSS satellites, the signal intensity, etc. In particular, four main differences between these two contexts can be observed:

These differences will be discussed in more detail in an upcoming article in Substance entitled Using GNSS in Space : Challenges.