Cordless headphones equipped with 6 microphones, a microcomputer and artificial intelligence will allow you to hear ambient noise AND audio sounds, both at the same time depending on your adjustments, all courtesy of Doppler Labs. Add to that a virtual assistant like the one designed by Intel and Oakley and you may not need your phone anymore…

A Propulsion System for Mini-Cubesat Satellites

A Mini-Cubesat satellite is a cube measuring 10 cm (approx. 4 in.), with a volume of 1 litre (0.035 cu.ft.), and weighing no more than 1.33 kg (2.93 lb.), designed to conduct low cost scientific experiments. However, these satellites had a flaw: they remained in orbit for a few weeks then disintegrated when re-entering the Earth’s atmosphere because they had no propulsion system. The Los Alamos National Laboratory corrected this problem by designing a solid propulsion system, allowing them to now remain in Earth’s orbit for longer periods.

A brilliant innovation: an elevator, invented by Rombout Frieling, looks like a much less expensive alternative in the home than a traditional lift. What is more, it requires only 10% of the energy expended to get to the upper floor by staircase.

Autonomous Multifunctional Robots for the Home

Many people are considering leaving their homes because they no longer have the time or energy to maintain them. For this type of customer, there is an autonomous “three in one” robot with interchanging modules depending on your needs, whether you want it to blow snow or leaves, or cut the grass: one robot for three routine tasks!

A Solar Roof for All U.S. Homes

Elon Musk, founder of Tesla Motors, SpaceX and PayPal, proposed solar tiles instead of regular roof tiles when installing or renewing rooftops in the United States, an estimated 5 million each year. This way, all U.S. homes will be powered by solar energy within a few years.

Lithium-air batteries could allow smartphones to run for several weeks on a single battery charge if their efficiency issue could be solved. Scientists at Yale University discovered that heme, a component of the blood, could solve the problem… 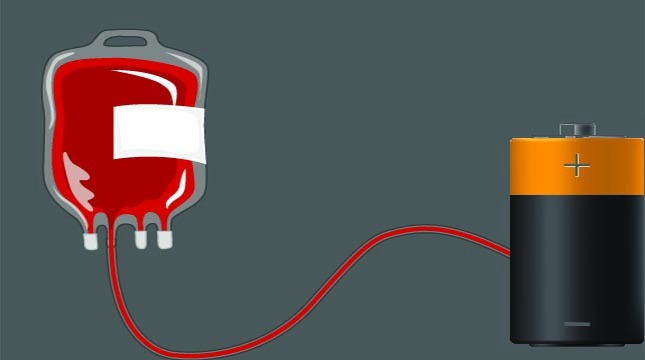 Rovable Robots that Cling to your Clothes

Instead of wearing a static piece of jewellery, why not wear a dynamic robot on your clothes? Researchers from Stanford and MIT developed the Rovable robot. To do what? That is the question!