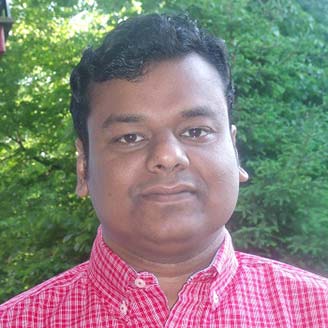 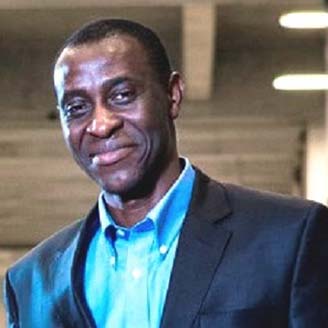 Basile L. Agba Author profile
Basile L. Agba is the Vision and Partnerships Manager, senior scientist at the Hydro-Quebec Research Institute, an adjunct professor at ÉTS. He holds an MSc and a PhD in electronics and optoelectronics. 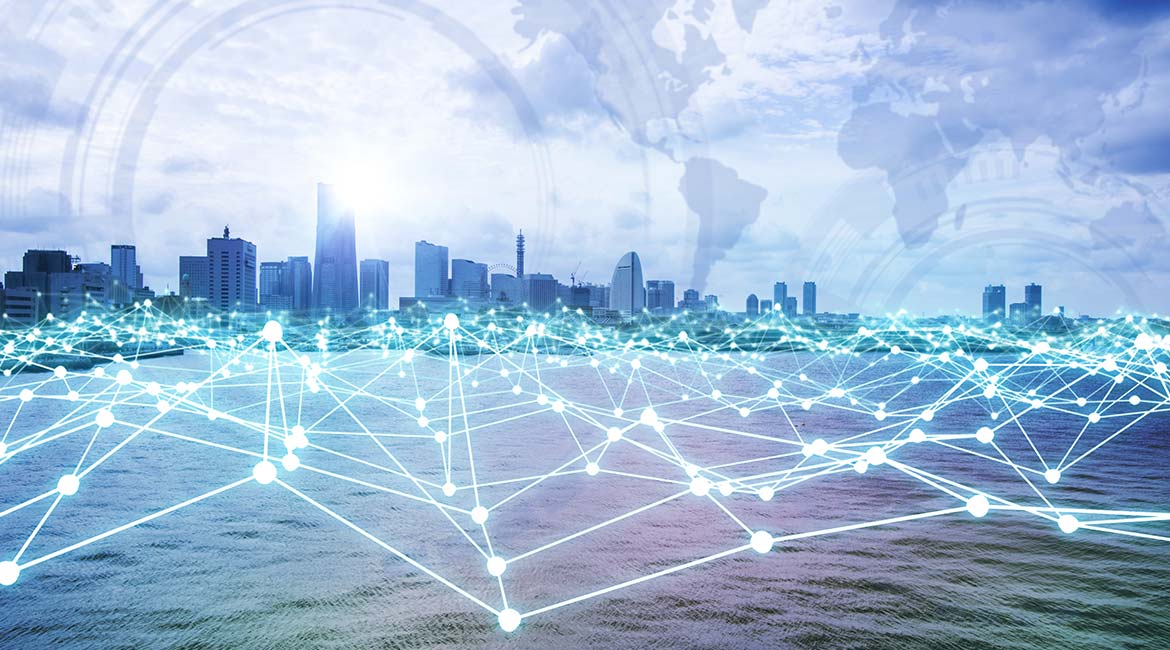 Smart grid, the next generation power grid empowered by Information and Communication Technologies (ICTs) has become one of the most burning topics in the communication and power system research community. For a reliable smart grid, a highly reliable and robust communication network must be operational within the power grid. However, the implementation of robust communications in smart grid environments faces several challenges. For example, one of the greatest challenges is the effect of impulsive noise. Impulsive noise is defined by a process that switches from a background Gaussian noise (thermal noise generated from the circuitry) to another type of noise for a short duration and, as a result, the whole noise process becomes non-Gaussian. The noise characteristics usually observed in smart grid environments are inherently impulsive in nature [1]. For instance, in power substations, due to partial discharge and switching effects, impulsive noise with a bursty behavior is generated from the substation equipment [2]-[4]. Bursty means that one impulse spans over several consecutive samples and, hence, there is a time correlation among the noise samples. 3

Thus, in practice, fading, interference, and noise characterized by a non-Gaussian bursty impulsive behavior are common impediments for wireless communications in such practical communication systems. Cooperative relaying (where the available transmitting and receiving nodes collaborate among each other) can be one of the promising candidates for transmission in impulsive channels, due to its reliability over fading and interference channels [5], [6]. It is based on the broadcast nature of the wireless medium and achieves the potential of spatial diversity in wireless networks without necessitating the placement of multiple antennas at each node. Along those lines, the techniques and analysis of best relay selection (BRS) have received considerable attention in the literature to improve the performance of cooperative relaying. Although instructive, most of the performance analyses for BRS protocols have been carried out under the assumption of additive white Gaussian noise only. Unlike the Gaussian assumption, this article is mainly motivated by those kinds of situations where the noise exhibits a significant bursty impulsive behavior that will affect the BRS process.

As customary in the literature, for a conventional BRS protocol, the best relay Rb from the available M relays, as shown in Fig. 1, is selected according to the following rule [7] 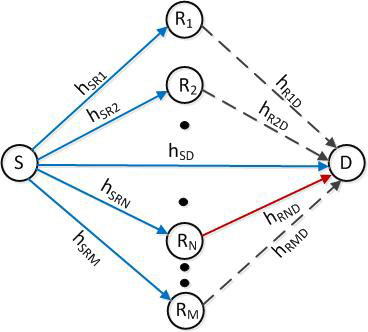 Although this strategy exhibits the optimal performance for Gaussian environments, it may become inefficient in the presence of bursty impulsive noise since this max-min BRS criterion relies on channel statistics only and does not take into account the impulsive noise behavior when selecting the relay.

Since the conventional optimal BRS criterion cannot exploit the impulsive noise behavior, it may incur large performance degradation in the presence of strong interference at the relays. Hence, definite changes are required to the max-min criterion to adapt to impulsive noise environments. Therefore, we propose a BRS criterion called N‘th best relay selection [8]. The end-to-end steps of the proposed N‘th BRS protocol are shown in Fig. 2.

Fig. 2. Flow diagram of the proposed N’th BRS protocol in the presence of bursty impulsive noise.

In contrast to the previous relay selection protocols, for this protocol, one relay is picked randomly from all the available relays. This is suitable for simple scenarios since its implementation neither requires the channel statistics nor the impulsive noise states, and will probably show the worst performance. 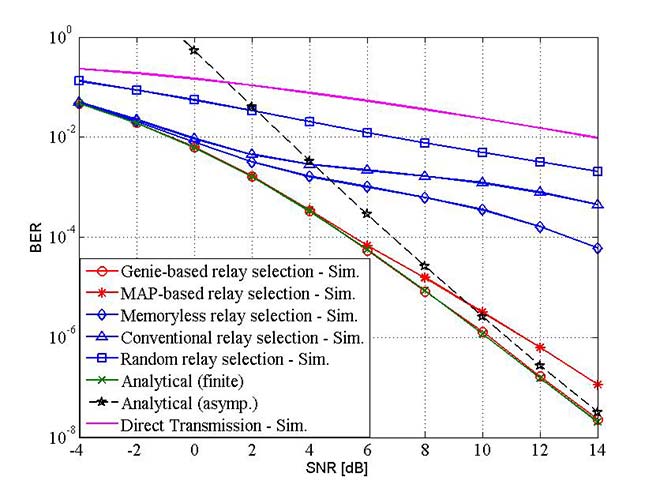 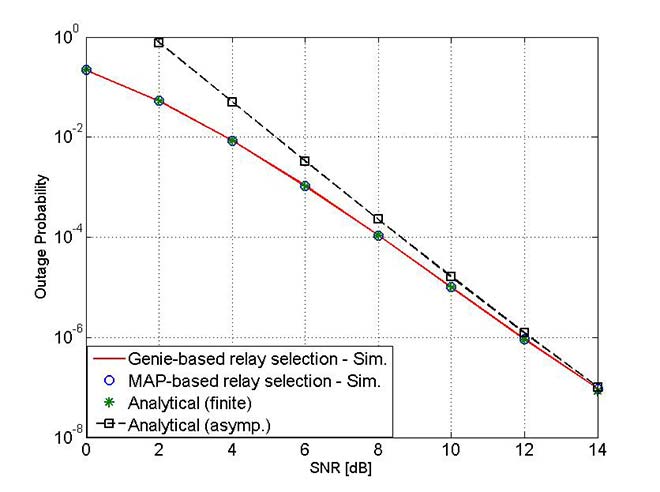 In this article, we investigated the performance of some conventional relay selection protocols for decode-and-forward cooperative relaying over Rayleigh faded bursty impulsive noise channels and proposed an improved approach for relay selection. Simulation results confirmed the accuracy of the proposed analysis. From the obtained results, it is verified that our proposed BRS scheme outperforms the conventional schemes optimized for the Gaussian case, and which cannot take into account the impulsive noise memory.

Md Sahabul Alam completed his PhD degree in Electrical Engineering at ÉTS, and is currently working as an FRQNT postdoctoral fellow at Carleton University. He received the Governor General of Canada Gold Medal Award for his outstanding PhD.

Basile L. Agba is the Vision and Partnerships Manager, senior scientist at the Hydro-Quebec Research Institute, an adjunct professor at ÉTS. He holds an MSc and a PhD in electronics and optoelectronics.