Robots Learn to Cook by “Watching” YouTube Videos - By : Substance, 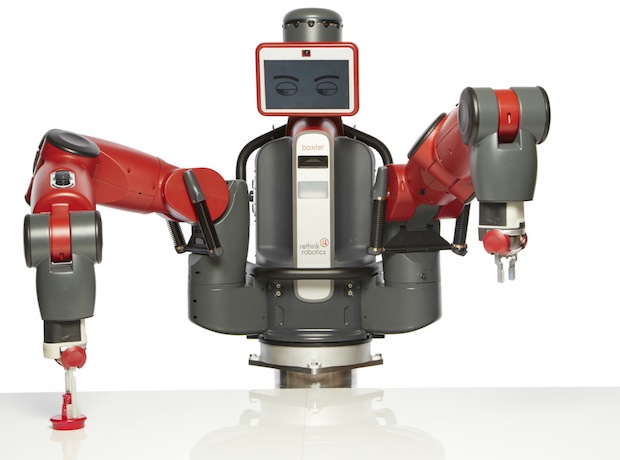 How can a robot become a Chef? Researchers from the University of Maryland (USA) and NICTA (Australia) have worked on a system that enables cognitive robots to cook simply by “watching” videos from the World Wide Web (WWW). It represents a real challenge for the artificial intelligence development.

The goal of this research is to build a self-learning robot that is able to enrich its knowledge about fine grained manipulation actions by “watching” video. The robot learns from its observations.

Currently, data about the grasp has been acquired using motion capture gloves or trackers but the large variation in appearance and the occlusion of the hand from objects during manipulation, makes this data very difficult to acquire.

In this case, the system consists of two visual recognition modules, both using convolutional neural network (CNN). This means an arrangement of artificial neurons that seeks to mimic brain function.

The first recognition module is for classifying the hand grasp type. For example, the robot should take the object with force or precision? The second module is for object recognition. What kind of food is it? Is it an apple, an orange or a mixer?

88 cooking videos on YouTube with unconstrained third-person view were selected of people cooking. Frame-by-frame objects were annotated. From these data, the researchers determined a sequence of commands, actions corresponding to each object, so that the robot performs during its manipulation. According to the paper, (which you can access here) the robot was able to recognize food and generate action commands robustly.

Researchers presented this advanced technology at the “Association for the Advancement of Artificial Intelligence (AAAI)” in January 29th, 2015 in Austin, Texas, United States.

Reza Ghanadan, program manager in DARPA’s Defense Sciences Offices said “this research opens the potential for robots to learn much faster, at much lower cost and, to the extent they are authorized to do so, share that knowledge with other robots. This learning-based approach is a significant step towards developing technologies that could have benefits in areas such as military repair and logistics.”

As mentioned by Yiannis Aloimonos, the director of “computer vision lab” at the University of Maryland, on the video: “That will be the next industrial revolution and it will change fundamentally our society “.