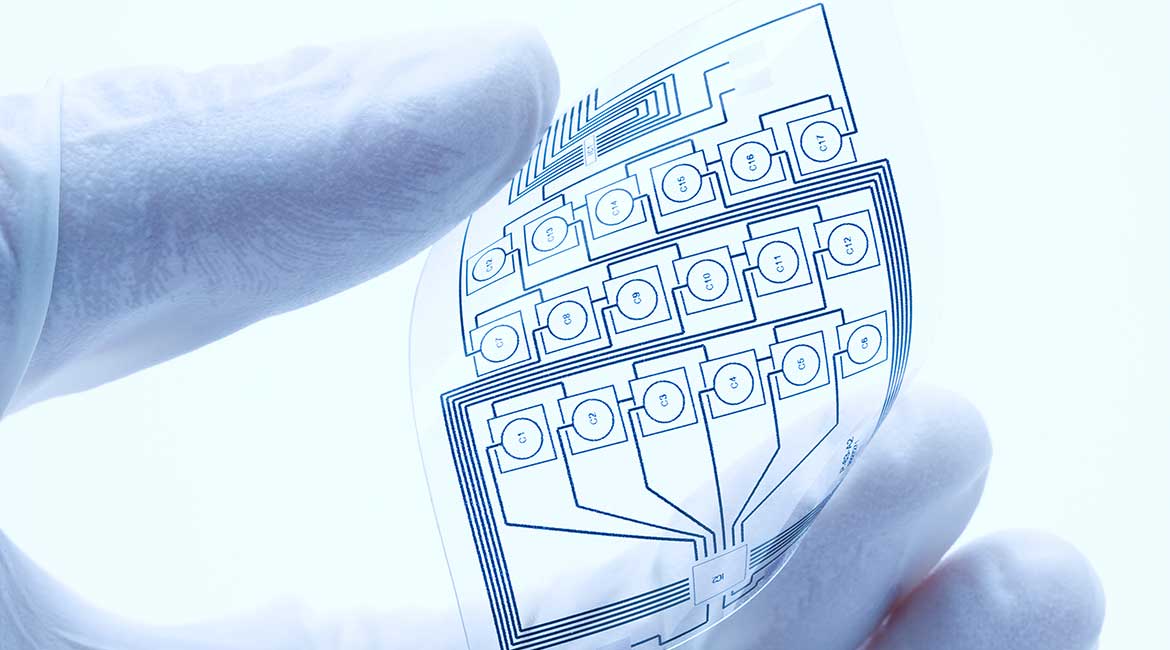 Engineers are looking to avoid using rigid components to ensure robot flexibility and light weight. But motor structures and components like circuit boards and pressure control systems are rigid parts that present several constraints. Rigid materials could mean that the design may need to be changed, and reaching desired movements and speed may be prevented. A multidisciplinary team has created a solution that will lighten robots and optimize their interactions with humans and the environment.

It is an electronic skin that opens up new opportunities in soft robotics. The researchers who developed it are part of the Soft Robotics Research Center, Seoul National University’s Department of Physics and Astronomy, and the Korea Institute of Science and Technology’s Photoelectronic Hybrids Research Center.

The skin is made of two parts with distinct functions:

Its material and fragmented circuit makes it flexible, able to adapt to complex shapes and perform articular motions, like those of the hand.

Less than 1 mm thick, the device manufactured by the researchers weighs 0.8 g and is made of a series of integrated electronic circuit components with standard dimensions (<1.5 mm x 1.5 mm). A wireless communication system allows the skin to function as an internal control interface. Its compact structure is also reversible. This allows the design of flexible robots with a drive part that can move in several directions. The first part ensures wireless communication within the skin. The signal is functional at a distance of over 5 m. It controls four states and the built-in coding mechanism makes the communication signal noise-tolerant. The skin can cross into or work within very confined spaces, even smaller than its own surface, because it is able to shrink its different parts.

The following video shows how the robot can get into a bottle and move its parts.

The skin’s mechanical strength, its smooth and biocompatible surface, and its flexibility widen its application frameworks, including medical applications. It can be used in the design of biological signal monitors, textile sensors, displays and flexible robot controllers.

Tests have shown that the skin designed by the team can control another flexible robot without changing its movements.

The team is exploring the characteristics of electronic skin in order to design robots that can work and communicate with each other. They are studying a feedback system that includes actuators and sensors to allow flexible robots to move and communicate with each other more efficiently. This system will allow, for example, the flexible robot designed from this technology to detect human movement and provide assistance.