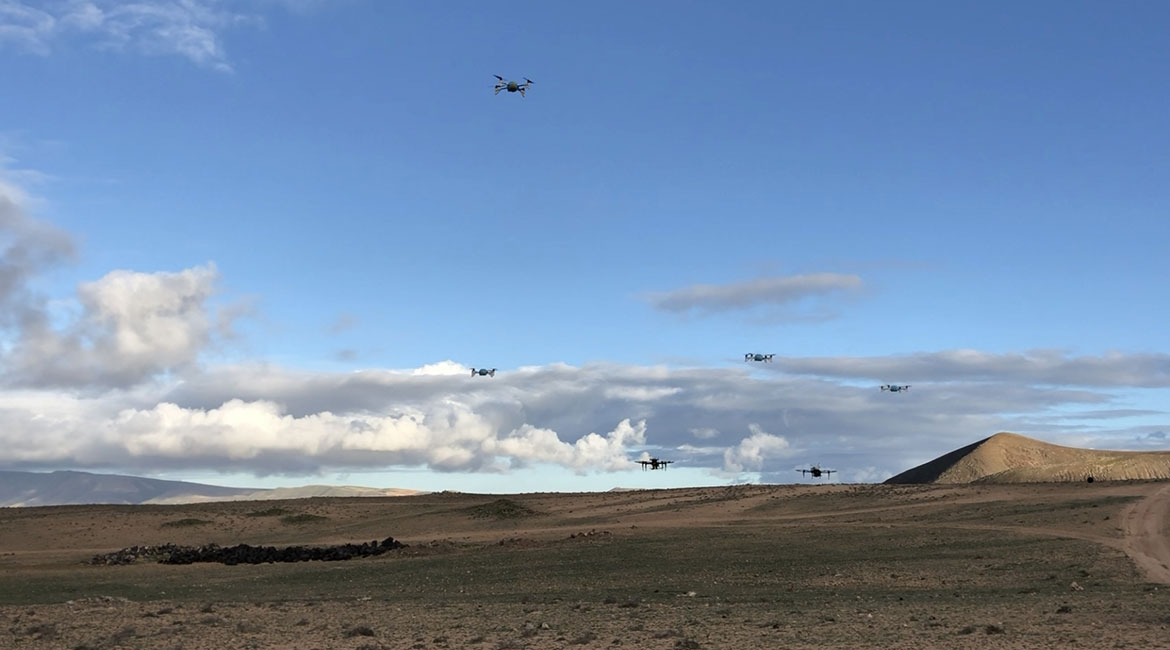 Since the beginning of space exploration, Mars and the Moon have been surveyed from space or using unmanned surface vehicles. Case in point, over 40 missions targeted Mars and 100 targeted the Moon. The keen interest from space agencies in installing permanent infrastructures on these celestial surfaces emphasizes the importance of exploration missions and the expected accuracy of their mapping. Navigation in craters, crevasses and tunnels is especially important in visiting places that are impossible to see from space. Robot teams, or robotic swarms, show special promise for planetary exploration because they are more robust against individual failure and have the potential to collectively explore larger areas; however, a single pilot can remotely control only a limited number of units. In fact, flying more than four aircraft simultaneously has been shown to be demanding, even for experienced pilots. Swarms, however, offer the possibility of controlling all the units as a single grouped entity.

Generally speaking, a robotic swarm is characterized by the absence of a central control node: control is based on local interactions between neighbours and with the immediate surroundings. If a member of the swarm becomes disabled, the group must adapt and reorganize in order to continue the mission. This type of control has the potential of being much more robust and flexible in coping with unexpected events and dynamic environments during missions, but the programming paradigm is also much more complex to deploy and less intuitive to operate. 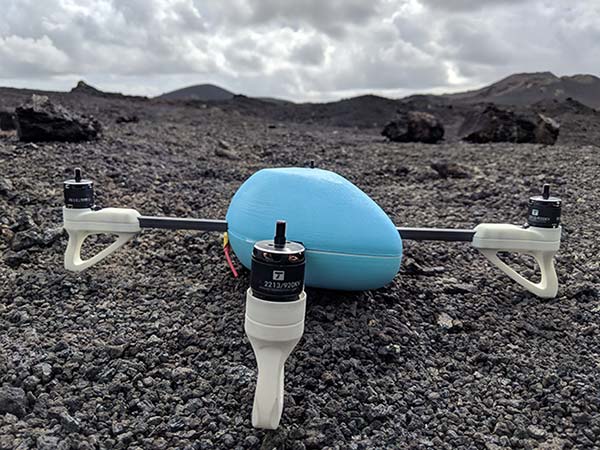 In 2018 a robotic swarm was tested at the European Space Agency interdisciplinary equipment testing campaign (PANGEA-X) in Lanzarote, Spain, on a site similar to the Moon and Mars landscapes. The objective was to deploy a fleet of various unmanned aerial vehicles (UAVs)—a heterogeneous swarm—to study the impact of human factors on piloting for exploration missions. The pilots directed the swarm to specific areas to reveal particular (simulated) geological formations using two modes of exploration: one where each robot received specific instructions, and the other where only general directions were transmitted to the swarm, which must then self-organize to carry out the mission. Swarm intelligence consists of navigating each robot so as to optimize research on the points of interest given by the pilot. This assignment is made possible by a network layer that ensures robust exchange of information within the swarm as well as consensus mechanisms. For example, when one random robot is assigned a new area to explore by the pilot, the whole swarm must determine the geometric formation to adopt in order to get there and scan it.

The programming infrastructure required to simulate and deploy such a complex robotic system, as well as the network layers managing peer-to-peer communication are possible thanks to the expertise of professor Beltrame and his team at Polytechnique Montreal. The decentralized control, consensus strategies among the swarm and the intuitive control of the fleet by the operators are core challenges addressed at the ÉTS Laboratory of INIT Robots.

The swarm must take action only when all the robots have confirmed that they have the same flight plan and are ready to execute it. This ability to self-reconfigure at will—based on internal exchanges and in reaction to the environment and instructions received—may exacerbate the abstract nature of the grouped entity and render the interaction more cumbersome. Also, in a space exploration context, astronauts must communicate with other teams; the accumulation of such tasks tends to become extremely cognitively demanding. 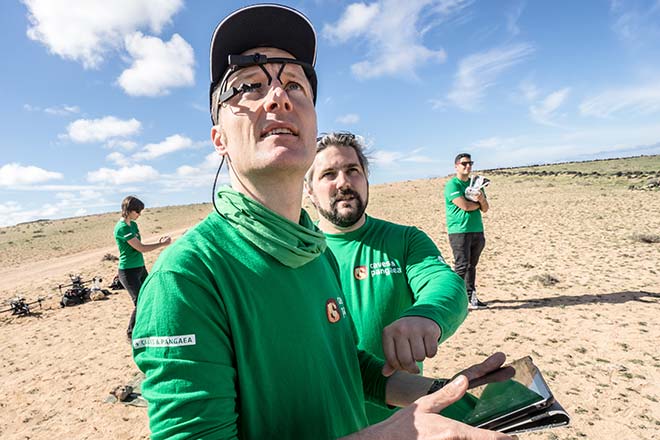 In information science, cognitive load refers to a computer concept where the degree of mental effort has a strong impact on operator performance. For any computer system, including remote robotics, operators must continuously regulate (adapt) their mental effort to improve their performance. In psychology, cognitive load is often viewed as a measure of available attention. This measure is essential in validating a control interface, but traditional methods like the NASA TLX (Task Load Index) questionnaire used to measure the mental effort of operators based on their own subjective assessment are limited, even biased.

For each of the two exploration strategies tested in Lanzarote, we assessed cognitive load through eye tracking, and perceived complexity of tasks and command intuitiveness through questionnaires. Eye tracking uses pupil measurements, specifically, movement and dilation. It has been shown that high-frequency dilations (above 150 Hz) can be related to cognitive load: pupil dilation increases with the complexity of the task at hand. As expected, our results show that greater autonomy, thanks to swarm intelligence, can reduce cognitive load, freeing the operator for other tasks like strategic follow-up and communications. Beyond these observations, we have demonstrated the feasibility of deploying a real-time cognitive load evaluation system in the field for aircraft piloting. Our future work will allow us to take advantage of advances in swarm intelligence and cognitive measurement technologies for other types of missions and interaction modes. 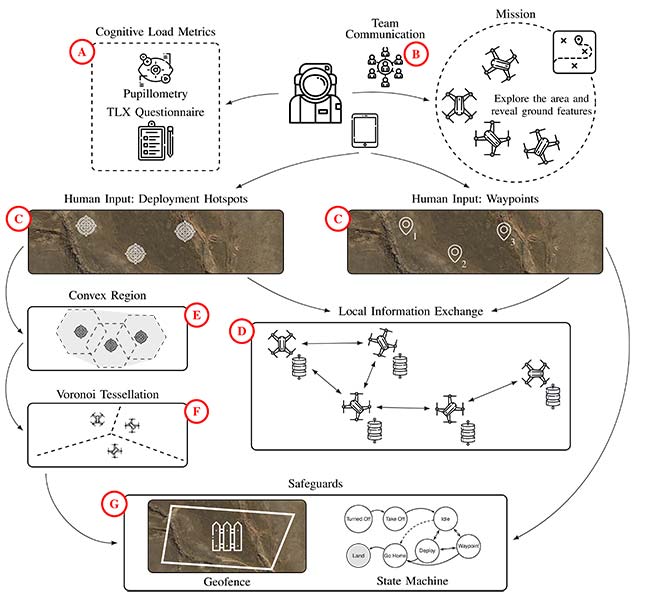