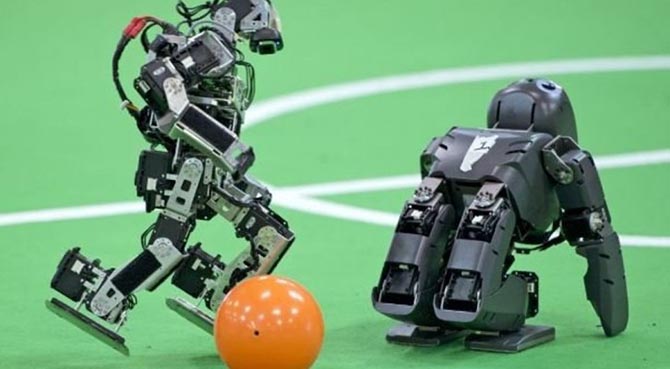 If the next soccer competitions were played with robots teams? That may sound crazy, does it not? RoboCup is an annual international robotics competition whose goal is to create a team of humanoid robot soccer players which, by the year 2050, will play against the human world champion and win.

In July 2015, a total of 175 robot teams from 47 different countries took part in that year’s RoboCup held in China in the city of Hefei.

The following video and images give you an idea of the robot sizes and their capacities. 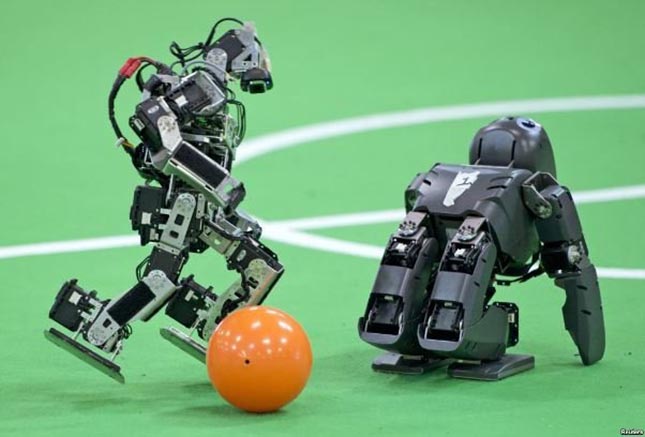 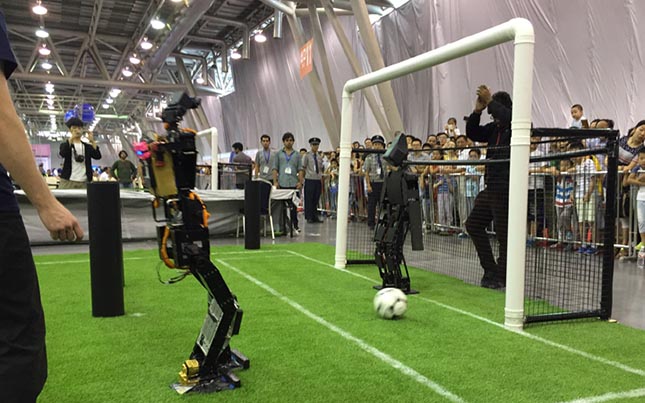 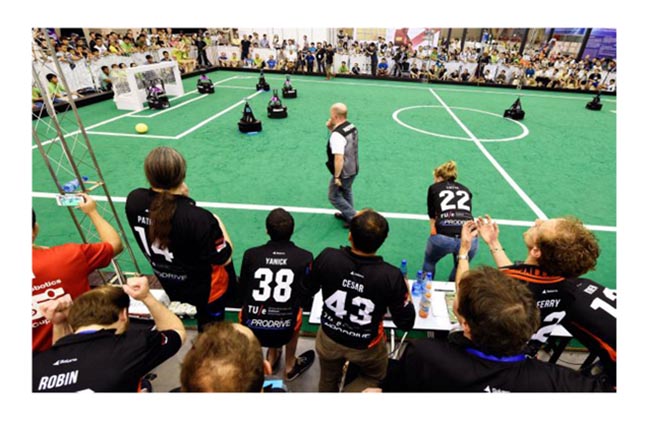 Small Size robot soccer focuses on the problem of intelligent multi-agent cooperation and control in a highly dynamic environment with a hybrid centralized/distributed system.The  game takes place between two teams of six robots each. All objects on the field are tracked by a standardized vision system that processes the data provided by two cameras that are attached to a camera bar located 4 meters above the playing surface. 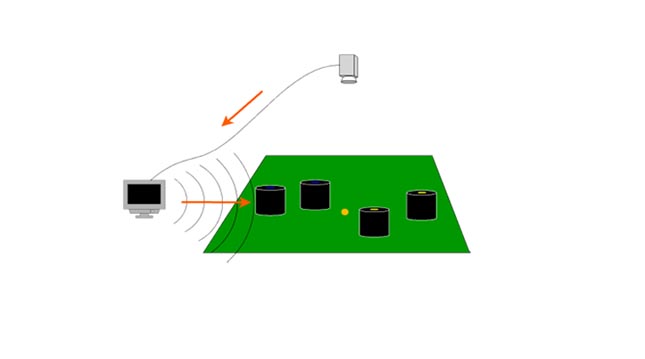 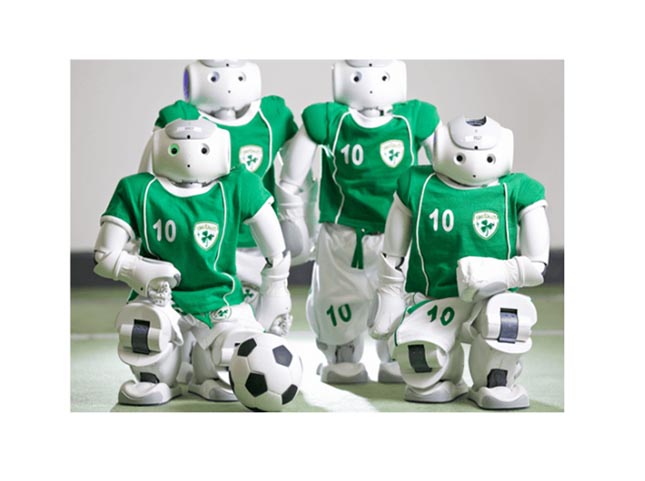 The Standard Platform League is a league, in which all teams compete with identical robots. The robots operate fully autonomously; there is no external control (humans or computers). The current standard platform used is the humanoid NAO by Aldebaran Robotics.

The Grand Final in video: rUNSWift Vs HTWK

Without the necessity to maintain any robot hardware, the Simulation League‘s focuses on artificial intelligence and team strategy.

This year,  the competition was held from June 30th to July 3rd in Leipzig, Germany. ÉTS’s team Walking Machine performed pretty well – 19th rank out of 61 – in the [email protected] category. It aims to develop robots for personal assistance with the aim of creating the perfect assistant in the tasks of everyday life. The main axes of development are Human-machine interaction and cooperation, navigation and mapping in dynamic environment, computer vision and recognition of objects under different light, object manipulation and artificial intelligence. Congratulations to Walking machine for their great performance! 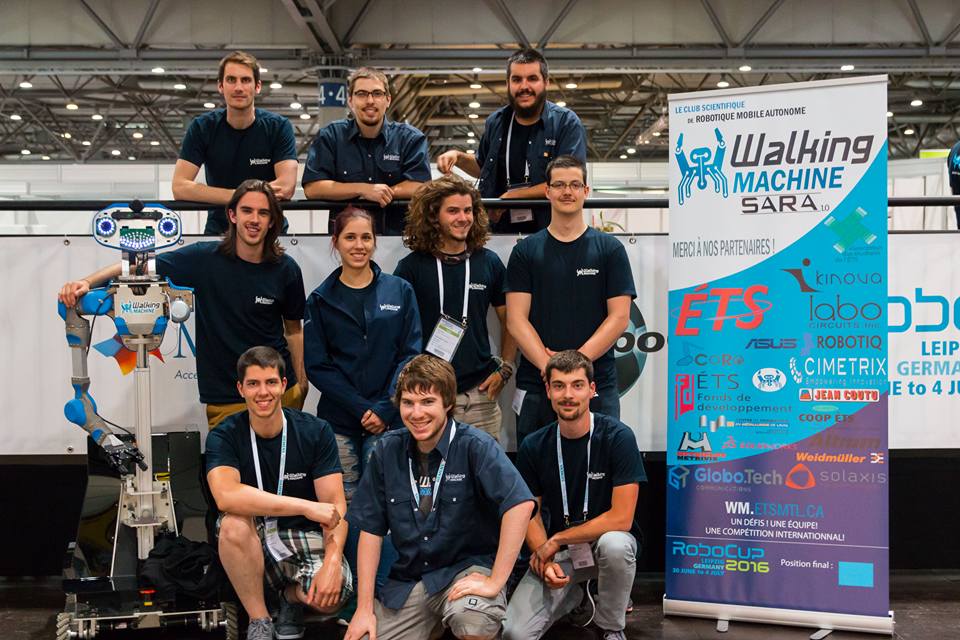