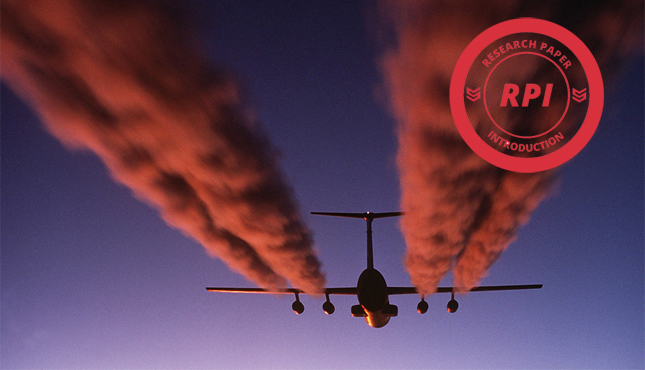 The aeronautical industry is responsible for approximately 2% of all the carbon dioxide emissions (CO2) released to the atmosphere. CO2, along with hydrocarbons, water vapor, nitrous oxide, methane and ozone contributes to pollution and global warming[1]. Burning fuel to power flights is the main generator of these contaminants.

The aeronautical industry has set the goal of reducing their CO2 emissions to 50% of the level recorded in 2005 by the year 2050. Another important emission to be considered is NOx which, when at high altitudes, is depleting the ozone layer [2]. These environmental justifications for designing aircraft and systems that reduce fuel burn are compounded by the high costs of fuel.

A number of solutions have been proposed to reduce fuel burn in aircraft. One of the most known solution is the implementation of winglets (bends at the tips of wings) which reduce the vortices produced at the wing tips, thereby improving aircraft aerodynamical performance and thus saving fuel [3]. Another solution is the substitution of fossil fuels by biofuels or alternative energy sources [4]. Engines efficiency represents an important factor, and there has been continuous research for its improvement [5]. 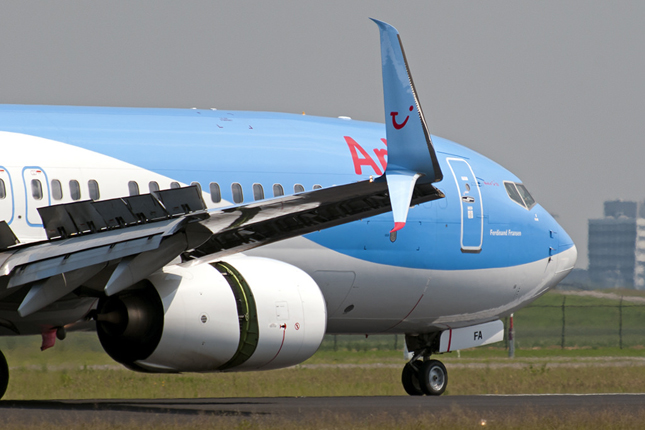 Another concept that shows great advantages is the improvement of flight procedures. To this end, the United States is updating its systems and procedures within the Next Generation Air Transportation System (NextGen), and Europe participates within the Single European Sky ATM Research (SESAR). These programs aim to improve flight trajectories and render flights more efficient [6].
The actual in-flight device that manages an aircraft’s trajectories planning, assists the pilot in the takeoff and landing procedures, monitors the flight envelope, provides information to the autopilot, controls the aircraft speed, and in some cases optimizes the flight trajectories programmed in the Flight Management System (FMS) [7]. The low processing power of FMSs must be shared by all the just mentioned functions, leaving only a small period of processing time to the trajectory optimization function. Therefore, finding the optimal solution for the FMS as fast as possible is crucial, as the optimization function is executed in real time during flight to provide the instantaneous best flight profile.
Flight optimization can be performed in two types of navigation: Lateral Navigation (LNAV – an assembly of waypoints from point A to point B), and Vertical Navigation (VNAV – an assembly of aircraft speeds and altitudes at which it will fly). To accomplish this research at the laboratory LARCASE, only the VNAV is evaluated; the LNAV is the shortest distance between points A and B[8].
Flights take place in three main phases: Climb, Cruise and Descent. Optimizing per flight phase will not guarantee the optimal complete flight profile since each phase is highly dependent upon the other. As an example, for a given gross weight, finding the most economical climb in terms of fuel burn without considering the other flight phases might cause the aircraft to arrive too heavy at the Top of Climb (TOC), this could globally increment the fuel consumption due to the gross weight influence during cruise. A “less efficient” climb would result in a lighter aircraft at the TOC resulting in a more efficient cruise. This research considers all of the flight phases in order to define the optimal trajectory. 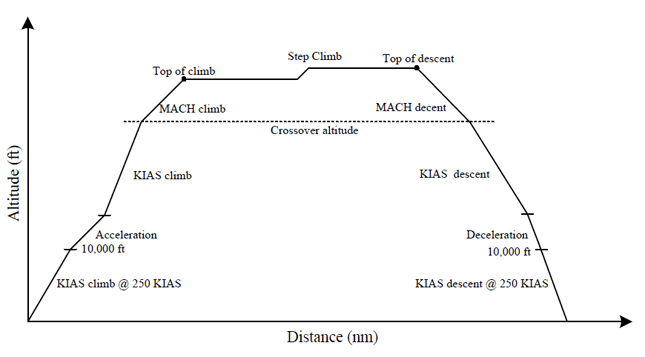 The aircraft model is given in the format of an Experimental Performance Database (PDB). This database contains the information required to calculate the cost of a given flight trajectory. The PDB contains a finite number of speeds and altitudes. In other words, it contains discrete data, which makes it difficult to implement conventional continuous optimization methods, as no equations are available. The optimization problem consists on finding the best combination altitude/Mach number that provides the most economical flight. This corresponds to the characteristics of a combinatorial optimization problem.
A complete, exhaustive search – calculating all altitude/Mach combinations available — would require solving over 57,000 combinations. This is impractical because of the low FMS’ computation power. One of the solutions for this kind of problem is the reduction of the space search. With the reduced space an exhaustive search could then be performed.
An algorithm is proposed in this paper with the aim to reduce the space search in order to find efficiently the optimal flight trajectory. The algorithm takes advantage of the fact that for medium- and long-haul flights, cruise is the phase with the highest fuel burn impact. If an optimal candidate cruise can be obtained as a function of altitude and Mach, the search space can be reduced to only those combinations around that candidate. To achieve this, the algorithm computes the cost estimation for all the altitude/Mach combinations. Then it defines the candidate solution and identifies those altitude/Mach combinations around this candidate reducing this way the search space.
For a specific aircraft this would mean a reduction of 83% from the total combinations altitude/Mach available. An exhaustive search is then performed by considering the remaining 17% of the total trajectory possibilities. Figure 4 is an analysis of a cruise done by the algorithm, only the costs of those combinations altitude/Mach next to the candidate solution, those inside the green circle, are calculated. 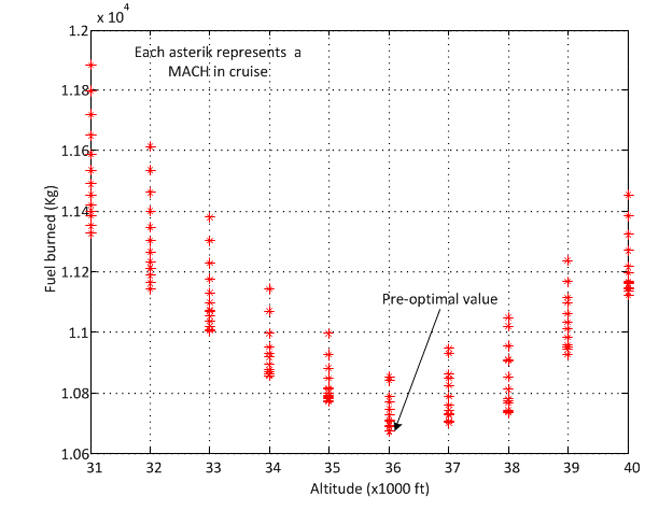 As the aircraft burns fuel, the most fuel efficient cruise altitude is not constant; instead, the cruise altitude should be slightly incremented all along the flight as if it was a constant climb. This climb-like cruise is known as climb-cruise flight and it is shown in Fig. 5. However, this climb-cruise flight is not practical to execute since it does not guarantee current Aircraft Traffic Management (ATM) safety separation standards, where normally at high altitudes, a vertical separation of 1,000 ft between aircraft is required at all times. Because of this, a constant altitude flight is desirable.
There exists a way to emulate the climb-cruise by taking advantage of the fact that ATM might allow flight altitude changes during cruise. Each altitude change is followed by a constant altitude cruise segment. These changes could be executed after ATM clearance until the beginning of the descent phase. The altitude change in cruise is called a “step-climb”. Constant altitude, cruise-climb and a cruise with step climbs are shown in Fig. 5. 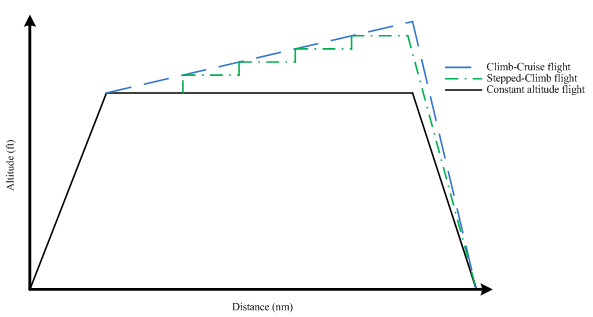 Due to the lower number of trajectories to be evaluated as a result of the space search reduction, it becomes practical for the algorithm to analyze step climb performance, as it is well-known technique to reduce fuel burn. This analysis is performed by the algorithm. 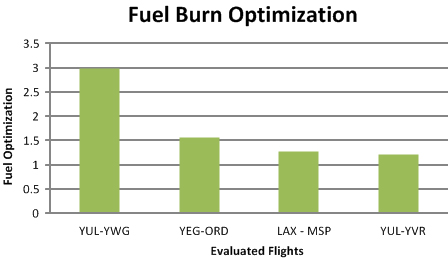 A more detailed explanation of this algorithm and more results obtained with it are available in the following article:
Alejandro Murrieta Mendoza and Ruxandra Botez, “Vertical Navigation Trajectory Optimization Algorithm for a Commercial Aircraft,” that was presented at the AIAA/3AF Aircraft Noise and Emissions Reduction Symposium in Atlanta, Georgia, US in 2014.
This research was conducted at the Research Laboratory in Active Controls, Avionics and Aeroservoelasticity (LARCASE) and is funded within the Business Led Network Center of Excellence GARDN in collaboration with CMC Electronics – Esterline to encourage greener aircraft in Canada. Some other approaches to this type of research can be found in [9-20]
If you would like to collaborate on this research, or any other research project at the laboratory LARCASE, please visit the website and do not hesitate to make an appointment with professor Botez to talk with the research staff.